“My first task is to implement the WCO strategic plan 2019-2022, which includes goals like trade facilitation, capacity building, managing supply chains and gender trade. I want to enforce a harmonised system that classifies all products globally. The current one is complicated. We need to review and simplify it for traders to understand. I intend to promote trade, trade facilitation and women in trade. I also want to use this position to increase intra-Africa trade. Finally, I intend to increase capacity building for developing countries.”

Continuing his trade wars on multiple fronts, President Donald Trump has dropped another bombshell. He threatened on Friday that the US will no longer treat China, India, South Africa, and Indonesia as developing countries for availing special and differential treatment during the current and future multilateral trade deals negotiated at the WTO. The US, he said, will “use all available means to secure changes at the WTO that would prevent self-declared developing countries from availing themselves of flexibilities in WTO rules and negotiations that are not justified by economic and all other indicators.”

In 90 days, China, India, South Africa, Indonesia , and 30 more countries must stop designating themselves as developing countries for availing what is referred to as the S&DT (Special and Differential Treatment). Otherwise, the US (a) “will not support any such country’s membership in the OECD (the Organization for Economic Cooperation and Development)”; (b) “consider the WTO member’s involvement in global trade, membership in key economic decision-making groups, placement within relative economic and other indicators, and any other factors the United States Trade Representative deems appropriate”; and (c) the USTR shall publish on its website a list of all self-declared developing countries that the USTR believes are inappropriately seeking the benefit of developing country flexibilities in WTO rules and negotiations.”

White House memorandum to the USTR: Memorandum on Reforming Developing-Country Status in the WTO

China most dramatically illustrates the point. Since joining the WTO in 2001, China has continued to insist that it is a developing country and thus has the right to avail itself of flexibilities under any new WTO rules. The US has never accepted China’s claim to developing-country status, and virtually every current economic indicator belies China’s claim. After years of explosive growth, China has the second largest Gross Domestic Product in the world, behind only the United States. China accounts for nearly 13% of total global exports of goods, while its global share of such exports jumped five-fold between 1995 and 2017. It has been the largest global exporter of goods each year since 2009. Further, China’s preeminent status in exports is not limited to goods from low-wage manufacturing sectors. China currently ranks first in the world for exports of high-technology products, with such exports alone increasing by 3,800% between 1995 and 2016. Other economic figures tell a similar story. Valued at nearly $1.5 trillion, China’s outbound FDI exceeds that of 32 of 36 OECD countries, while its inbound FDI of nearly $2.9 trillion exceeds all but one OECD country. China is home to 120 of the world’s 500 largest companies, and its defense expenditures and total number of satellites in space are second only to those of the United States. [Dated 26 July]

In recent months, some Members have suggested a broad range of reforms at the WTO including a slate of new rules, even though existing mandates from the DDA remain unaddressed. ‘WTO reform’ does not mean accepting either inherited inequities or new proposals that would worsen imbalances. Reforms must be premised on the principles of inclusivity and development and respond to the underlying causes of the current backlash against trade and the difficulties that developing Members continue to face vis-à-vis their industrialization challenges. In addition to these challenges, the WTO is now confronting immediate existential crises: The resort to unilateral measures and the impasse in the Appellate Body. Clearly reform is needed in these areas. Through this concept paper, we seek to identify the issues that must be addressed if the WTO is to be strengthened in a balanced manner. A sine qua non for strengthening the system is unblocking the vacancies in the Appellate Body. This is an urgent priority since in the absence of a functional, effective and independent mechanism for enforcing rules, negotiating new rules in any area makes no sense.

Special and Differential Treatment (S&D) is a treaty-embedded and non-negotiable right for all developing Members. The available data indicates that the gap in the standards of living between developing and developed countries has not narrowed to any significant extent since the establishment of WTO. This necessitates the preservation and strengthening of the S&D provisions in both current and future WTO agreements, with priority to outstanding LDC issues. The multilateral trading system must give policy space for developing Members to fulfil their development goals including industrialization. Developing Members continue to confront many formidable challenges, which underscores the continued relevance of S&DT provisions in their favour.

India is unlikely to strike bilateral deals with WTO members such as the EU and Canada who have worked out an interim arrangement to preserve the dispute settlement function of the multilateral body by agreeing to set up arbitration panels to resolve disputes. “Why should we give up our right to appeal in the Appellate Body against any adverse judgment by a dispute settlement panel? We are not going to bind ourselves to a bilateral arbitration with other countries. The EU and Canada seem to have given up hope on the survival of the Appellate Body after December,” a senior Indian trade official said on under condition of anonymity. [Text of the EU, Canada statement]

Friction between India and Brazil, following disagreement at WTO

There are currently 31 countries classified as low income, less than half the number in 2001. Rapid growth in low-income countries from 2001 to 2018 allowed many to progress to middle-income status, supported by the commodity price boom of 2001-11, debt relief under the Heavily Indebted Poor Country Initiative and Multilateral Debt Relief Initiative, increased investment in human and physical capital, improved economic policy frameworks, and recoveries from the deep recessions in transition economies during the 1990s. However, the prospects for current low-income countries appear much more challenging. Compared to the low-income countries in 2001 that became middle-income countries, today’s low-income countries are further below the middle-income country threshold and more often fragile; their heavy reliance on agriculture makes them vulnerable to climate change and extreme weather events; and their scope to boost external trade is limited by geography. Coordinated and multi-pronged policy efforts are required to address these challenges. [The author: Rudi Steinbach]

Discussions will include appropriate strategies for sovereign debt management, drawing on lessons learned in Africa and other regions of the world. The exchanges would also focus on the challenges faced by African countries, with a view to keeping the public debt at a sustainable level, consistent with the continent’s economic growth objectives. Concept note (pdf): The external debt of African countries increased by around 10 percentage points since 2010, reaching almost 40% of GDP in 2017. One of the reasons for the increase in the external public debt is the depreciation of domestic currencies, as a significant portion of the debt is denominated in foreign currencies, notably in US dollars and euros. Although the current level of debt in most African countries is unlikely to make monetary policy ineffective, it could be ineffective if the current and growing momentum of sovereign debt continues, particularly in the current context of rising protectionism that could have negative effects on growth and commodity prices, as well as rising interest rates at the global level. [Presentation by Gilles Noblet (European Central Bank): Lessons from European reforms (pdf)]

The sovereign-bank nexus in EMDEs: What is it, is it rising, and what are the policy implications? (World Bank)

International trade, transparency, and gender equality: The case of the Pacific Agreement on Closer Economic Relations (PACER) Plus (UNCTAD)

This report examines the potential implications of the transparency provisions in the Pacific Agreement on Closer Economic Relations (PACER) Plus for gender outcomes in the region of nine Pacific island countries -Kiribati, Nauru, Samoa, Solomon Islands, Tonga, Tuvalu, Vanuatu, the Cook Islands and Niue - that signed the PACER Plus agreement with Australia and New Zealand in 2017. It also examines the socioeconomic, gender, and trade profiles of the 9PICs and discusses the gender implications of trade. The nine countries share the economic features, challenges, and opportunities of small island developing states. The report argues (pdf) that even though gender equality is not an explicit goal of the transparency provisions of Pacer Plus, there are several potential channels through which they may positively impact gender equality. The benefits from increased transparency in trade are expected to directly affect women entrepreneurs, producers, and traders even though the spillover effects may impact a larger number of women in different economic roles. Improved access to information, better predictability in the application of trade rules, reduced cost (both time and money) to trade, and reduced hidden costs such as illegal fees and bribery - all of which are expected to result from increased transparency - would create new trade opportunities and a more favorable trade environment for women. 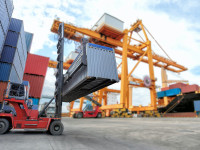