The 17th annual US - Sub-Saharan Africa Trade and Economic Cooperation Forum (commonly known as the AGOA Forum) takes place this week in Washington on the theme: Forging new strategies for US-Africa trade and investment

Africa’s trade ministers will be coming to Washington the week of 9 July, riding the momentum of having adopted the African Continental Free Trade Agreement in March. Once fully implemented, the AfCFTA, as it is known, requires members to remove tariffs on 90% of goods and to allow free access to goods, services, and commodities. The AfCFTA is central to accelerated regional integration and economic development across the region. While Africa is forging new trade relations internally, the Trump administration has a new proposal for future US-Africa trade relations, and wants to establish “a free trade agreement that could serve as a model for developing countries.” Kenya, Côte d’Ivoire, and Ghana are under consideration as partners for developing the first model according to sources in the Trump administration. The question for this AGOA Forum is whether it can forge a common vision between Trump administration officials and Africa’s trade ministers on how to structure a post-AGOA trade relationship. Specifically, can Africa’s continental free trade ambitions, embedded in the AfCFTA, be harmonized with the Trump administration’s model free trade agreement based on a single country?

(i) Riva Levinson: US steps up its game in Africa, a continent open for business (The Hill)

It seems now that either the early speculation was ill founded, or more likely, that the Trump administration is pivoting towards prioritizing trade and investment, with potentially significant implications Africa and for US businesses looking for more aggressive advocacy from their government. Secretary Ross said during his key-note address at the US-Ghana Business Forum, “We are fully committed to the long-term growth of Africa.” He added that “there can be no national security without economic security.”

He also cited statistics that showed a decline in U.S. exports to Africa, and a reduction in overall US-Africa trade, calling it “an embarrassment” for both the US government and its private sector. Indeed. The lost opportunity cost is staggering when one looks to the future — the continent is likely to present $5.6 trillion in market opportunities and a population of over 1.52 billion consumers by 2025. However, the elephant in the room remains China’s aggressive and sometimes controversial practices in Africa, where it has long surpassed the United States’ as Africa’s largest trading partner. What’s next? What resources will Commerce deploy, personnel and financial, to further the secretary’s ambition? Can we anticipate the allocation of additional Foreign Commercial Service officers in the next budget? If not, how will the mission be achieved given existing resources? What about the development finance institutions?

(ii) Laura Lane: Why the US should bolster its trading relationships with African countries (UPS)

As a point of reference, in 2016, Africa actively pursued 286 infrastructure projects worth $324bn, more than a third of which were in the transport sector. These investments have been critical to meaningful growth on the continent and helping open its countries for business – both within Africa and with the rest of the world. Africa has financed many of these projects with tied aid, and experts disagree on whether this kind of funding is ultimately beneficial or not. Unlike some of Africa’s other trade and investment partners, the US has made clear – through efforts like the PAC-DBIA trip – that it does not seek to exploit the continent’s natural resources or send it diving into debt. Instead, U.S. companies want to undertake projects that can accelerate job growth and bring private sector financing to the table. Public-private partnerships and pro-business policies are two ways African countries could encourage this investment.

Despite huge opportunities on the African continent, many companies are still hesitant to invest or trade there. The No. 1 reason for this hesitancy is corruption. Simply put, foreign direct investment only goes where it is safe and protected. Most companies don’t want to – and, by law, can’t – engage in business in countries where bribery is commonplace. Moreover, governments don’t want to trade with other countries that aren’t upfront about their policies. The only way to increase trust and cooperation between countries is to value the rule of law and ensure that it prevails over corrupt practices. The assurance that companies, their investments and their intellectual property will be protected by law allows trade relationships to flourish. [The author is President, Global Public Affairs, at UPS]

US Secretary of Commerce, Wilbur Ross, and a delegation from the President’s Advisory Council on Doing Business in Africa announced over $1bn in private sector deals during their mission to four sub-Saharan nations. PAC-DBIA members expect to quickly conclude more than $2bn in additional deals in the coming days. “The United States is making real progress in Africa, and we remain a strong, long-term, and stable partner in the continent’s economic development. It’s clear US companies want to grow their businesses in Africa, and these countries can facilitate that by improving their business climates, thereby enabling the growth of the digital economy, agriculture, health care, energy, manufacturing, and service sectors,” said Secretary Ross. “We are finding solutions to transition aid-based economies to trade-based economies by creating new pathways for mutually beneficial long-term partnerships.” Upon its return, the PAC-DBIA will use the collected information and first-hand experiences to develop reliable and actionable recommendations for President Trump to resolve issues related to underdeveloped capital markets, non-transparent and price-based procurement processes, and workforce development.

(iv) USDA Southern Africa trade mission: US agribusinesses interested in growing their exports to Southern Africa are encouraged to join the US Department of Agriculture on a trade mission to South Africa, 29 October - 2 November 2018. While the mission will be based in Johannesburg and Cape Town, participants will have the opportunity to engage with potential customers from a total of 11 countries in the region:

(v) Note: tralac’s 2018 AGOA Forum Resource Box will be updated throughout this week.

An increase in customs tariffs might be what South Africa needs to ward off an influx of foreign imports that are threatening the survival of local industries, says ANC national executive committee member Senzo Mchunu. In an interview with the Mail & Guardian, Mchunu raised concerns about what he termed South Africa’s lazy approach to protecting any of its local industries as the country’s economy continues to shed thousands of jobs. “Trump may sound mad but he is hitting the correct note to say, if you don’t protect your industries, they will fall because they will be taken over by imports and so on,” Mchunu said. “We [South Africans] behave like people who do not want to defend any industry.” Last month, sugar cane farmers marched to the trade and industry department’s offices in Pretoria demanding that a higher customs tariff be enforced on sugar imports to regulate the influx. Mchunu agreed with this call and said it was also necessary in other sectors, including manufacturing.

Amb. Kwesi said Africa continues to make noteworthy progress in its quest to mobilise financial resources within the continent through the full implementation of the decision on financing of the Union, adopted by Heads of State and Government in July 2016, in Kigali, Rwanda. At least 14 AU member states are already collecting the 0.2% levy from eligible imported goods to meet their assessed financial commitments to the Union. These include Rwanda, Kenya, Ethiopia, Djibouti, Chad, Guinea, Sudan, Congo Brazzaville, Cameroon, Gambia, Gabon, Cote d’Ivoire and Sierra Leone and Ghana. Another 23 countries are at various stages of implementation.

An Indian delegation led by the Joint Secretary for Africa division of the Department of Commerce, Mr Manoj Kuwar Dwivedi, will be in Mauritius, 9-11 July, to pursue negotiations on the Comprehensive Economic Cooperation Partnership Agreement. Officials from the Indian Department of Commerce, Department of Revenue, Indian Research and Information System will also form part of the delegation. Mauritius and India resumed negotiations on the CECPA in September 2017 and till now four round of negotiations have been held. The objectives set for the fifth round are to finalise the trade in goods text, comprising text on sanitary and phytosanitary measures, technical barriers to Trade, as well as the Economic Cooperation chapter. Discussions will focus on preferential access for products of export interest to both countries as well as the schedule of commitments in the services sector.

On the external side, the 2017 drought resulted in a widening of the trade deficit, which was financed through humanitarian relief and increased remittances from the Somali diaspora. However, in 2018–19, the recovery in agricultural exports and easing of humanitarian assistance are expected to narrow the trade deficit. Public external debt, which remains high at 65% of GDP in 2017, is expected to stay broadly stable as the country has no capacity to repay its external debt service obligation and no access to international credit.

Is sub-Saharan Africa ready for the electric vehicle revolution? (WEF)

So, what next? There are unique conditions in SSA that indicate EVs could help solve two fundamental infrastructure challenges, around transport and energy. There are also big question marks around viability and relevance. One thing is clear: this topic warrants further study. There is essentially no data or research on EV potential in SSA. The two major annual EV publications (International Energy Agency and Bloomberg New Energy Finance) do not feature any data specific to Africa. There should be dedicated and objective policy analysis by domestic energy and transport ministries, as well as an increased effort to integrate Africa into international EV research. [The authors: Katie Hill (Omidyar Network), Rose Mutiso (Mawazo Institute), Rebekah Shirley (Power for All)]

The authors of this IDS Bulletin provide insights from power systems engineering, macroeconomics, microeconomics, and political economy on how to overcome constraints to green electricity in Africa. One of the biggest contributions of this issue is that is allows a dialogue between academics and practitioners that would not normally be published in the same journal. What also emerges as an underlying thread is the essential role of donors to achieve sustainable energy for all in Africa.

How does participation in value chains matter to African farmers? (World Bank)

This paper deepens the discussion about productivity growth and upgrading in agriculture in Africa, and the role of national, regional, and international value chains in supporting such structural change. The analysis in this report is based on quantitative and qualitative surveys undertaken in 2016 in Ghana, Kenya, and Zambia, where 3,935 farmers, 60 aggregators, and 56 buyers in the maize, cassava, and sorghum value chains were interviewed in the three countries. 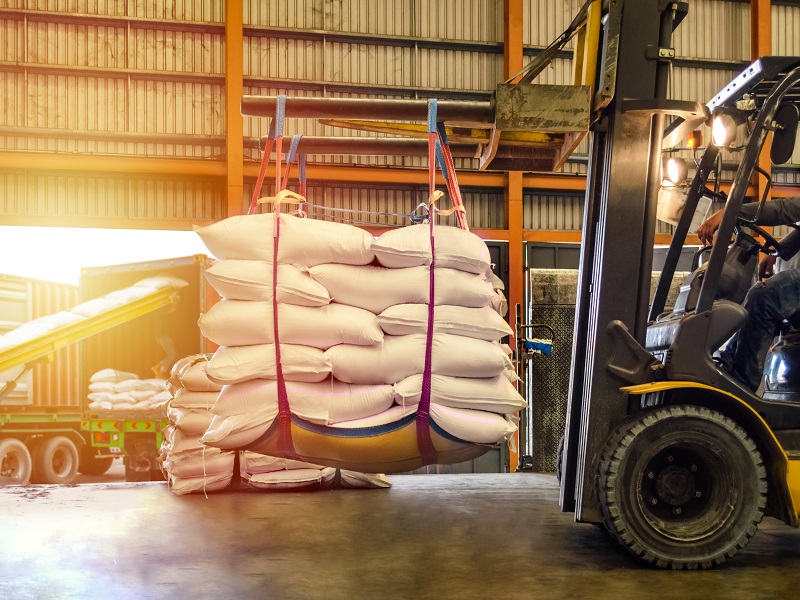