Uganda Bureau of Statistics: Imports exports by region and country of origin, 2011 – 2016

Ethiopia’s minerals exports during the just ended 2016/17 Ethiopian Fiscal Year stood at $231.25m, down by 25% from the same period last year. Ethiopia had earned %309m in the 2015/16 Ethiopian Fiscal Year from minerals exports. Kiros Alemayehu, Public Relations Senior Expert at the Ethiopian Ministry of Mines, Petroleum and Natural Gas, said international minerals market volatility was the main factor for the decline in revenue. He also blamed black market trading, in particular of Ethiopia’s main minerals export of gold, smuggling of minerals to neighbouring countries and lax control at local level over production and sale of minerals for the decline in revenue.

In Eldoret, an inland city in Kenya, hundreds of kilometers northwest of the famed seaport of Mombasa, Kenya DL Group is cooperating with China-based Guangdong New South Group to build a special economic zone named after China’s Pearl River Delta. In recent years, many African countries have shown a keen interest in copying the experience of China’s SEZs, but the efforts needed in those countries involve more than just giving a Chinese name to a new zone. It is uncertain whether Africa’s enthusiasm for SEZs will help the continent repeat the success of China, but it is worth a try. What we worry about is that the ideas that many officials in African countries have may be too simplistic. Some local authorities think that SEZs can be established just by signing an agreement, providing some land and announcing preferential measures. The following points are often overlooked by African countries as they try to copy the experience of China’s SEZs: [The author is attached to the Chinese Academy of Social Sciences]

Trade between Ivory Coast and China have almost increased sixfold over the past two years. This was disclosed by the Ivoirian minister of Trade, Craftsmanship and SME support, Souleymane Diarrassouba, who highlighted that the trade soared to $8.85bn in 2016, from $1.44bn in 2014. Speaking at the launch of the Chamber of Commerce of Chinese Companies in Ivory Coast, the minister said the new entity will help “boost bilateral trade between the countries and promote sharing of knowledge and technologies that will benefit them both, as well as improve partnership with the Ivorian private sector”, Xinhua reports. CCEC regroups 40 Chinese companies that operate in various sectors, ranging from ICT to Energy.

Mozambique registered a positive goods balance in the last quarter of 2016 for the first time in over two decades, which helped to lower the current account deficit by 30%. The current account deficit narrowed to 38% of GDP, down from 40% of GDP in 2015. A 36% drop in goods imports was the most important factor behind this shift. This adjustment in imports was sufficiently strong to counter a drop in current income from donor financing and an increase in service imports. A 17% increase in exports, driven by megaprojects, also helped to narrow the current account. As in previous years, the current account deficit was largely financed by foreign direct investment. Net FDI financed approximately three quarters of the current account deficit in 2016. Mega-project FDI increased by 4% in 2016 (Figure 10). This contrasts with the rest of the economy, which saw a 32% drop in investment driven by a slowdown in real estate, financial services and construction (Figure 11). Trends in early 2017 suggest a further narrowing of the current account deficit as imports remain subdued despite the stronger metical. Part Two: Mozambique’s private sector – a tale of two speeds (pdf). There have been some signs of a growing “middle” in Mozambique’s firm landscape, a development that bodes well for productivity growth. While Mozambique’s firm landscape continued to be dominated by very small (so called micro) firms,38 there were some signs of a slowly growing “middle “, i.e. the share of small and medium sized firms was increasing. Since 2002, the share of small and medium sized firms, defined as firms with 5 to 19 (small) and 20 to 100 (medium) employees, grew from 19 to 25%. Moreover, the share of these “middle” firms among the group of high performing firms increased from 21 to 36 percent (Figure 26).

Owing to data deficiencies, it has been challenging to analyse the BRICS countries’ participation in services trade and, in particular, the trade with each other. This report draws on a range of data sources to provide a fresh picture of the sectoral composition of BRICS countries’ services trade, as well as the importance of intra-BRICS trade. Extract (pdf): One aspect of services trade which stands out for the BRICS countries is so-called ‘embodied’ services trade – services used as inputs in the production of other tradable goods and services. Services account for just some 20% of global exports in gross terms, but nearly 50% in value-added terms, reflecting the fact that most of the world’s cross-border services trade is in intermediate and not final services. BRICS’ gross exports of manufactured goods incorporate between 30% and 40% of embodied services in value-added terms, primarily from domestic sources, but also from foreign suppliers, according to new TiVA data. This emphasizes the importance of developing services not only as a source of export earnings in a direct sense but also to facilitate the ability of manufacturers to be competitive in world markets. The key finding from our data-driven analysis of services trade in the BRICS is that much work remains to be done to fully integrate BRICS countries into the global services economy. Economic forces will continue to pull in that direction; rising incomes will shift consumption towards services and increasing use of GVCs as production platforms will increase demand for intermediate services. The major challenge for BRICS is to improve productivity in services trade, which would benefit trade integration, consumer welfare and downstream productivity and competitiveness. Globally, costs are high in services trade, perhaps twice what is observed in goods. Policy plays a major role here. Although there are no explicit border restrictions, such as tariffs, other policies – both horizontal and sector-specific – affect the ability of foreign service providers to contest local markets. Five recommendations:

A reminder: the BRICS Trade Ministerial starts tomorrow in Shanghai

In Uganda, over the last five years, services have been the leading contributor to the National Gross Domestic Product and the fastest growing sector. Currently, the services sector contributes 48.7% of GDP with an annual growth rate of 6.5%, and is predicted to be at 58% by 2040 (Vision 2040). Such policy gaps require the government through the Ministry of Trade, Industry and Cooperatives, to develop a coherent National Policy on Services Trade, which was recently approved by Cabinet for implementation to ensure competitiveness in the services sector. In conclusion, in order for the country to benefit from this policy, there is need to review and reform the institutional and regulatory framework, promote domestic capacities, deepen regional integration and mainstream services trade in national planning. [The author, Ms Amelia Kyambadde is Uganda’s minister for Trade, Industry and Cooperatives]

Accounting and insurance regulators and practitioners have outlined potential interventions for the increased access to financial services for Micro, small and medium-sized enterprises during UNCTAD’s Regional African Workshop in Nairobi, 19 - 20 July 2017. Senior representatives in accounting and insurance from 11 countries participated in this event to exchange practices and formulate actions with the aim of expanding financial literacy and access to affordable financial solutions by Micro, small and medium-sized enterprises. Mr David Gichana, Deputy Auditor General of Kenya, emphasized the role of regulators. saying: “Policy-makers are fundamental in creating a more enabling environment. It is thus imperative to join hands with all stakeholders.”

Nigeria’s efforts to boost export and earn more foreign exchange are under threat due to the absence of critical infrastructure such as motorable roads at the Seme border, which serves as the major trade gateway to the ECOWAS sub-region. Seme Border is a settlement in Nigeria on the border with Benin, which is less than 20 minutes’ drive from Badagry. BusinessDay visited the border recently and found trucks fully loaded with goods coming from Nigeria spending weeks before passing through the Seme border to other West Africa countries, owing to the poor state of road infrastructure particularly at Seme Krake. “The roads at the Seme border are very bad because the land is a swampy place. We have been here for two weeks because our truck sank and we had to get a crane to pull it out,” Musa Mohammed, a truck driver, told BusinessDay at the border. To facilitate trade in the region, ECOWAS commenced the construction of a Joint Border Post at Seme Krake between Nigeria and Benin. The JBP, which is funded by the EU, was supposed to be have been completed by March 2016 but is still under construction as several court injunctions halted the project at intervals. [SANRAL: Roads to boost intra-regional trade]

Ghana: Strategy document on AGOA in the offing (Graphic)

The strategy, which builds on Ghana’s National Export Strategy, aims to enable Ghana to make maximum use of opportunities under the AGOA, with emphasis on intensifying export development and diversification. A workshop to validate the strategy as well as discuss the implementation plan was organised at the weekend, bringing together producers, processors and exporters together with government officials. At the validation workshop in Accra, the Deputy Minister of Trade and Industry, Mr Robert Ahomka-Lindsay, said since the introduction of the AGOA trade preference in 2000, Ghana had underutilised it and thus could not record any significant gains. The US Ambassador to Ghana, Mr Robert Jackson, bemoaned the low participation of Ghana in the trade preference. Although Ghana’s export to the US increased from $9m worth of goods in 2015 to $29m worth of goods in 2016, Mr Jackson said Ghana needed to increase its export substantially to enable it to fully integrate into the global economy.

The southern African region encapsulates a number of the complexities and dilemmas that the UK faces in designing a trade policy that will support the development needs of its African partners, as well as developing countries elsewhere. So what is at stake in trade talks with the region? [The author: Peg Murray-Evans]

To build on this growth, we have revised our 2020 strategy. The new strategy that will go to cabinet for approval at the end of August aims to achieve over 200% growth in our direct contribution to the 2015 GDP figure of R118bn to R302bn in 2026. The indirect contribution to GDP will be just under a trillion rands at R941bn from the 2015 figure of R375bn. We will also add 300,000 more jobs to bring direct employment to 1 million from the 2015 figure of 700,000. This will bring the indirect employment to tourism figures to about 2,26 million.

This report intends to guide decision making on the best modality of assistance for each district as it summarizes on the markets’ infrastructure, actors, limitations and constraints facing the traders as well as covering the dynamic nature of the markets throughout different seasons in the year. The main purpose of the market assessment was to update the findings of the 2015 assessment given the deteriorating economic situation, the liquidity challenges and the impacts of the El Nino. 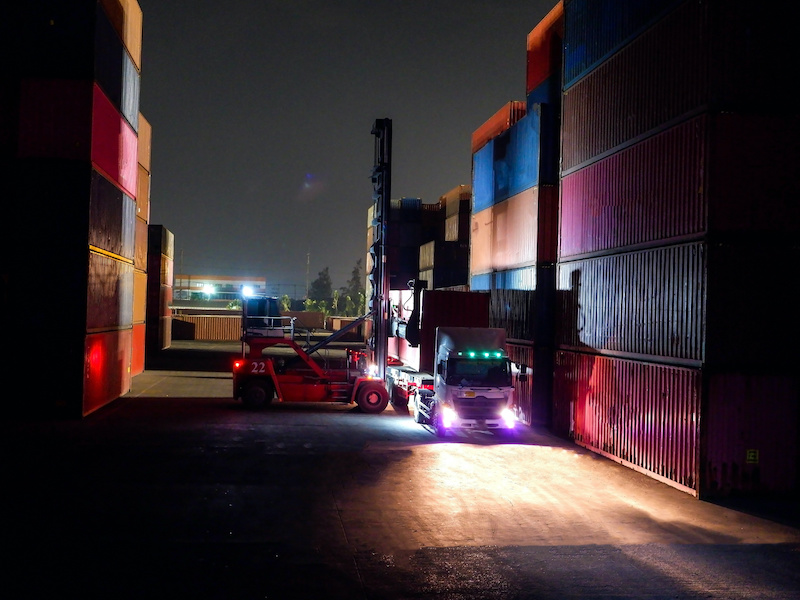 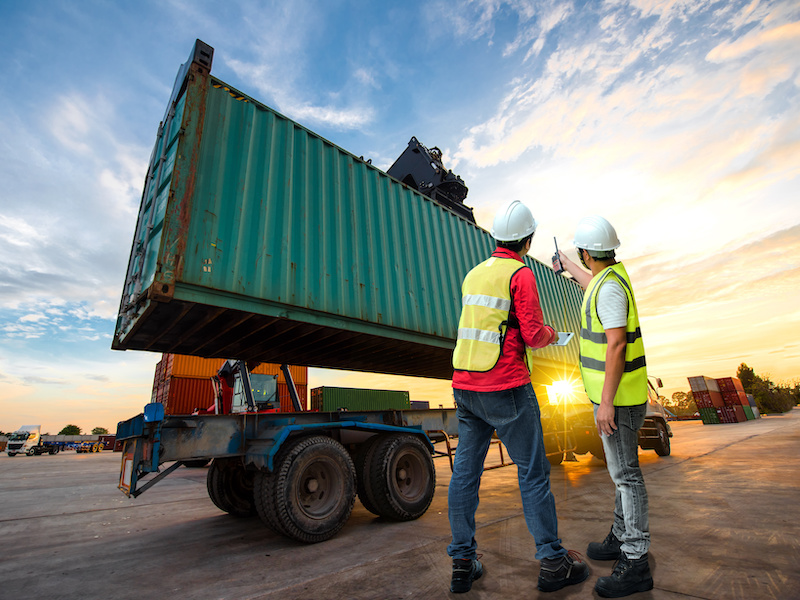