It is claimed that the United States of America has the oldest written constitution in the world which is still in use. It was carefully crafted, through a system of checks and balances and separation of powers, to prevent one branch of government from becoming too powerful. As James Madison wrote in the Federalist Papers: “In framing a government which is to be administered by men over men, the great difficulty is this: You must first enable the government to control the governed; and in the next place, oblige it to control itself.”[1]

Preventing abuse of power is fundamental to all rules-based systems of governance. In international relations matters are more complicated; there is no world parliament nor the equivalent of supreme constitutions. States are “sovereign”. However, in many areas, there are now international rules which keep the peace and protect rights. Multilateral trade rules have, for example, been agreed by the members of the World Trade Organization (WTO) to protect mutual benefits through certainty, predictability and a binding dispute settlement system. The WTO is a rules-based system.

The punitive trade measures recently announced by President Trump cause concern about the future of this system. The possibility of a “trade war” is openly discussed.[2] There are questions about national checks and balances too. What makes it possible for the incumbent U.S. President to take executive measures which appear to be incompatible with the original design of America’s checks and balances, which are detrimental to the national economy, and which many in his own party find questionable? Higher tariffs will hurt American companies, jobs and consumers by imposing costs which competitors do not face. These tariffs (which are taxes paid by U.S. consumers) may hurt American firms and households more than they would hurt the Chinese.[3]

The lack of proper domestic controls over American tariff measures is part of the problem. A “solution” is linked to complicated national governance and political issues. The original intent of the American Constitution was clear: Congress had the power “to lay and collect taxes, duties, Imposts and Excises, to pay the Debts and provide for the common Defence and general Welfare of the United States,” and regulate trade between the U.S. and other countries. But over time Congress adopted laws which permit the executive branch to impose tariffs without congressional approval.[4] Within the U.S. “the only way Congress could really stop the [Trump] tariffs is by passing a measure with a veto-proof majority that would either strip Trump’s executive powers over tariffs or undo the ones he has put in place. Needless to say, in a contentious midterm year, both options carry great political risk.”[5]

What about the international dimension? The recently announced American trade measures are about unilateralism. In March 2018 the President announced a 25% tariff on steel imports and 10% on aluminium; on national security grounds.[6] New measures followed on June 15th when two lists of Chinese products were published which the U.S. administration plans to penalise with tariffs of 25% (worth $50bn in 2018). The first will come into force on July 6th. The Chinese retaliated with their own list targeting American goods. On June 18th the President directed a further list of products to be drawn up, $200bn worth of Chinese goods would face tariffs of 10%. He threatened with even more punishment, covering an additional $200bn of goods, if the Chinese retaliated again.

When and how will this spiral of unilateral measures and countermeasures (the very type of action which the WTO seeks to prevent) come to an end? Disputes will be declared against the U.S. under WTO rules but the Trump administration is unhappy about the functioning of the WTO’s dispute settlement system too. It is blocking new appointments to the Appellate Body (AB). At present, there are only four members in the AB. If it dips to two, it cannot operate since each case requires at least three sitting AB members. Washington accuses the AB of overreach, particularly when the WTO was not delivering negotiated outcomes. In its view the AB now tends to “legislate”.[7]

The American tariff measures are not about a bilateral tussle. The European Union (EU) has retaliated against the steel and aluminium tariffs by imposing tariffs on U.S. goods, amounting to $3.4bn.[8] The Trump administration has also opened an investigation into vehicle imports, which he threatened would result in 20% tariff on cars unless action was taken by the EU.[9] The North American Free Trade Agreement (NAFTA) is under threat; so are South Africa’s duty-free access benefits (including on steel and aluminium exports) under the African Growth and Opportunity Act (AGOA). New tariffs on automobiles will affect what accounts for 30% of South Africa’s manufacturing sector. “We’ve become collateral damage in a dispute which is not of our making,” the South African Minister of Trade and Industry has said. “We are concerned about the instability that’s emerged, the fact that the rules of the global trading system are under pressure because these are unilateral measures.”[10]

What lies behind these actions? Mr Trump’s world view is sui generis and transactional. He maintains that China started the conflict by stealing America’s intellectual property and engaging in unfair industrial policies. He also wants to correct bilateral trade deficits.

Are there alternative ways to deal with concerns about Chinese practices, such as commercial espionage, heavy subsidies, and coerced transfer of technology?[11] Trump’s actions have been described as “clumsy machinations, which alienate allies while hardening China’s resistance to reform”.[12] The U.S. should, the argument goes, identify specific instances of rule-breaking and build a global coalition to persuade China to conform. The global rules will then be clarified and strengthened.

The Trump administration (for now) does not believe such an approach will work. But neither is there any guarantee that unilateral bellicosity would. In the words of The Economist: “These are not normal times…. Whatever form this conflict takes, and however long it lasts, there will be no winner.”[13] The rules-based system, as we know it, may be the casualty. The erosion of the WTO system could lead to the re-emergence of a power-based order in international trade. The rest of the international community has no choice but to collectively resist President Trump’s unilateralism.

[4] Under the Trading with the Enemy Act of 1917, the President can impose a tariff during a time of war, but the country doesn’t need to be at war with a specific country. The Trade Act of 1974 allows the President to implement a 15 percent tariff for 150 days if there is “an adverse impact on national security from imports.” The International Emergency Economic Powers Act of 1977 allows the President to implement tariffs during a national emergency. Section 232 of the Trade Expansion Act of 1962 gives the Secretary of Commerce the authority to investigate and determine the impact of any import on the national security of the U.S., and the President the power to adjust tariffs accordingly. From an analysis by Tara Golshan: Why Trump can raise steel tariffs without Congress, https://www.vox.com/2018/3/8/17097206/trump-tariffs-congress. 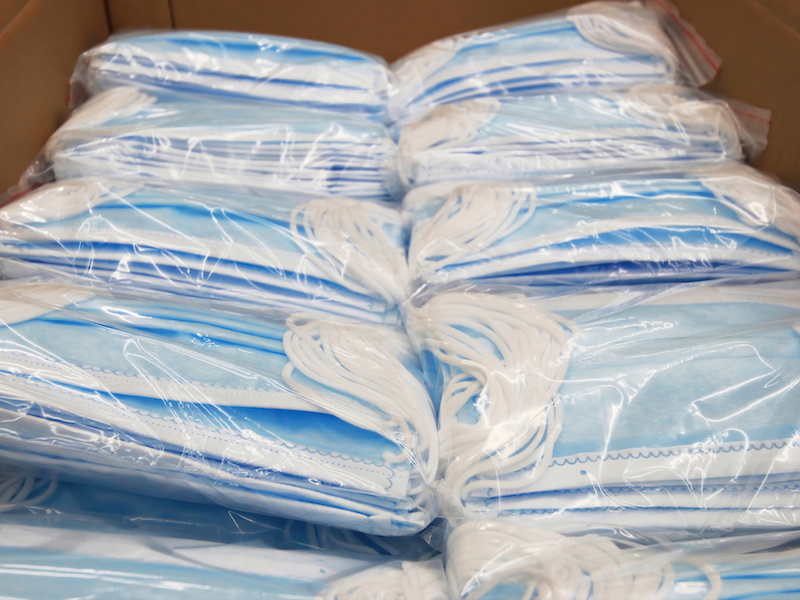 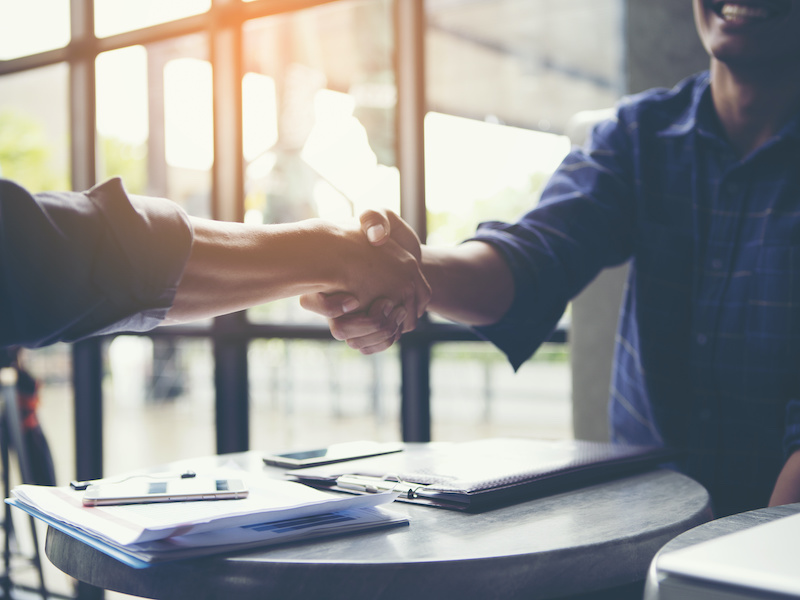 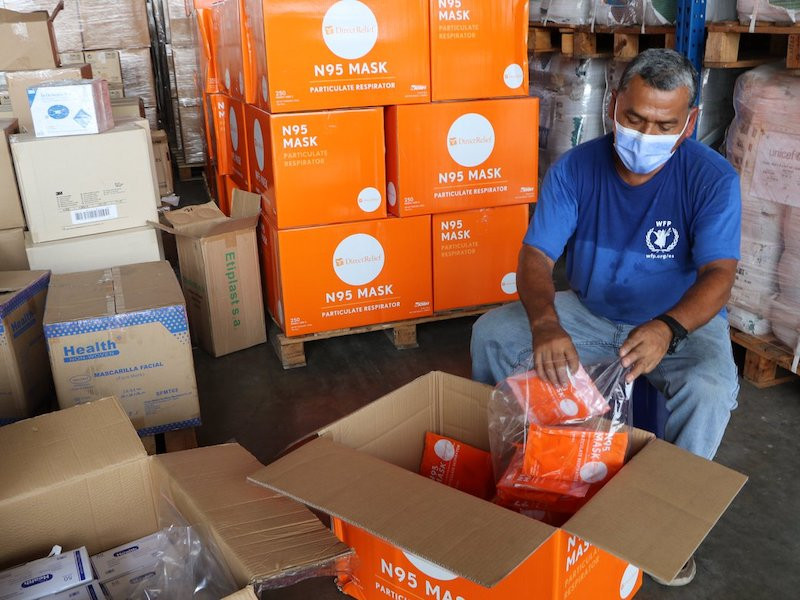 The proposed TRIPS Waiver to respond to the COVID-19 pandemic