Africa and the WTO’s E-Commerce Agenda

Africa and the WTO’s E-Commerce Agenda

The growth in telecommunications capability across the world has made trade possible through electronic means (cross-border e-commerce). Research from eMarketer shows that global e‑commerce website sales in 2016 were above US$22 trillion with this number projected to increase annually. In light of this growth, some parties, such as the EU, Canada and Australia are seeking to develop rules in the WTO to regulate its operation. But no true development has come without some resistance. African states (amongst others) have signalled their disinclination to agree on e-commerce rules. The question is whether the resistance in this instance is justified.

The purported benefits of e-commerce are cited as the opportunity for small companies to enter global markets and penetrate global value chains. Using the internet, small and medium enterprises could export and import goods and services with little infrastructure. E-commerce advocates also argue that it is cheaper to maintain a website and compete on a larger scale, than to maintain large business premises. Therefore, e‑commerce could lower production and trading costs and save time.

At the 11th WTO Ministerial Conference (MC11), held in December 2017, a number of countries sought to negotiate new rules on e-commerce. E-commerce discussions are not new – the first WTO Work Programme on Electronic Commerce was adopted in 1998. The proposals put forward at MC11 sought to accelerate discussions towards a set of agreed rules on e-commerce, to deal with trade issues including liberalisation, consumer protection measures, efficiency measures, security enhancing measures and the development dimension of e-commerce. The proponents of the negotiation of rules argue that this is important for the global economy, as well as ensuring that cross-border e-commerce is inclusive.

With respect to liberalisation, the proposals included more transparency, the negotiation of customs duties and safeguards for network competition. Efficiency enhancing measures were proposed with respect to electronic signatures and authentications, cross-border information flow, harmonisation of standards and non-discriminatory treatment of digital products.

Earlier in 2017, the Africa Group (the Group) circulated a communication on e-commerce. In it, the Group suggested that a WTO multilateral framework could pose a serious threat for developing countries. There seemed to be a negative view of liberal trade principles with respect to e-commerce. In short, African countries have not been convinced that the benefits of e‑commerce would be realised by African countries, given the vast capability and infrastructure gaps they face.

The Group did not, however, outright reject e-commerce discussions at the WTO; evidenced by the draft ministerial decision on the Work Programme on e-commerce submitted by the Group to the WTO on 20 November 2017. The draft decision suggests that the WTO members continue with the current Work Programme, and address all open issues in the relevant bodies. These issues include the definition of e-commerce, its classification and technological neutrality.

The Group also proposed WTO members preserve their right to regulate e-commerce and consider measures to promote national digital industrial development with a view to promoting inclusive, equitable and sustainable growth. The Group sought a thorough examination of the opportunities and risks associated with digital transformation and e‑commerce.

The Group’s submission also identified regulatory capacity as an issue for discussion – with the submission seeking to discuss how member countries include mandatory disclosure of data, the disclosure of source codes and access to, and transfer of technology.

The Group advocated for the continued practice of national experience sharing, with the draft decision committing countries to share the historical development of their digital industries, as well as the challenges and measures they adopted to promote a digital economy and e-commerce. The Group also recommended the General Council to hold periodic reviews in its sessions of July and December 2018 and July 2019.

It is clear that the aim of the African countries at MC11 was not to negotiate, but to discuss e‑commerce. This is with a view to supporting digital industrial development within African countries, supported by technical assistance, regulatory capacity building and experience sharing from more advanced economies.

Key areas raised by African countries for concern have been disallowing data localisation and the risks associated with the dominance of a few large e-commerce companies. This is a sentiment shared by the Indian Ambassador to the WTO, who speaking about proposed new e-commerce rules suggested: “data is the new oil,” but “you don’t have to import it and we should not let it go for free.”

The anti-liberalisation approach seems to be a reasonable position for African countries to take, particularly given the history of trade liberalisation on the continent and the sense that countries were not able to reap the benefits of trade with respect to the ‘old’ commodities. China is a good example of a country that has been able to use protectionist digital policy to develop a vast and powerful e-commerce industry.

On the other hand, there is a genuine question as to whether protection and digital industrial development policy in Africa is likely to result in the best outcome for small businesses, and individuals in Africa, who may benefit from the entry of global e-commerce. Or indeed, if there is (or could be) in fact a digital industry to protect.

When considering the other aspects of the potential negotiating agenda an additional point raised by the Africa Group in its July communication is the role of other organisations – essentially querying whether the WTO is the right place for rule-making on certain aspects of the e-commerce agenda. This is a fair question, and the WTO should certainly not develop rules in a vacuum, but the development of rules will happen, and African countries have a strong and coherent voice in the WTO, so it seems the WTO would be a useful forum for these discussions.

Africa is right to try to shift the focus to the importance of narrowing the technology gap and promoting digital development. This will require a coordinated effort to develop both the skills and infrastructure necessary to support digital trade and digital development within countries and within the region. As well as specific tangible measures – such as internet infrastructure and ICT education, African countries must also ensure that the regulatory settings enable and support digital development. In particular, digital development requires clarity in laws around digital documents, signatures, payments, and contracts. It requires robust competition enforcement and consumer protection measures to ensure consumers are getting the best prices and services and can seek redress. It requires frameworks to ensure personal information is kept safe. These are some of the issues that have been raised in the context of WTO negotiations on e-commerce. So, there is a question as to whether arguing against the negotiation of rules that are intended to codify, clarify and simplify an already existing reality is the best approach. This ‘anti-rules’ approach risks encouraging policies that isolate Africans from the opportunities of cross-border e-commerce. On the other hand, in the trade context, these rules would also govern data location, access to infrastructure, and market access generally. These are the aspects of e-commerce the Africa group, and other developing countries have raised concerns about.

Fortunately, the positions that came to the WTO varied so widely that consensus was always going to be unlikely. The members merely agreed to continue the work programme, and to extend the duties moratorium on electronic transmissions until 2019.

More interestingly, a group of about 70 WTO members – none from Africa – committed to work towards new e-commerce rules. The group will meet in the first quarter of this year. And more interestingly still, the WTO teamed up Alibaba’s Electronic World Trade Platform (eWTP) and the World Economic Forum to launch an ‘Enabling E-Commerce’ initiative. This joint initiative may herald a new era for the involvement of NGOs in the WTO.[i] This is an important development for Africa – this initiative is intended to improve access to e-commerce opportunities and create a more inclusive digital economy. It is also important symbolically – the inclusion of eWTP signals the influence sought (and gained) by large tech players such as Alibaba in global e‑commerce rule-making.

In this context, it is critical that the African Group continues to engage on e-commerce. Individual African members need to extract technical assistance, support and experiences from more advanced economies. Governments also need to do the work necessary to understand and contribute to the digital trade agenda – engaging closely with the private sector. In this way, African countries can embrace the renewed WTO focus on e-commerce to enhance capacity and improve infrastructure.

Opting out of e-commerce is not an option. Africa can and should be more than ready to negotiate on rules by the time the WTO gets there. 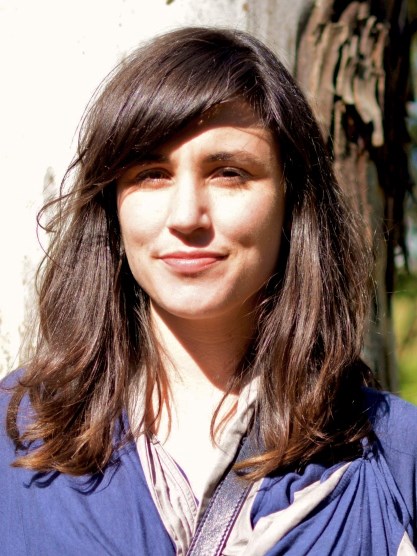 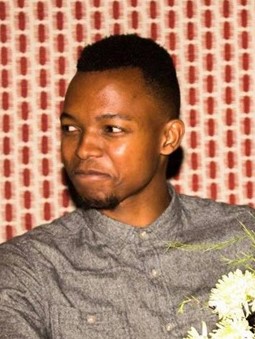 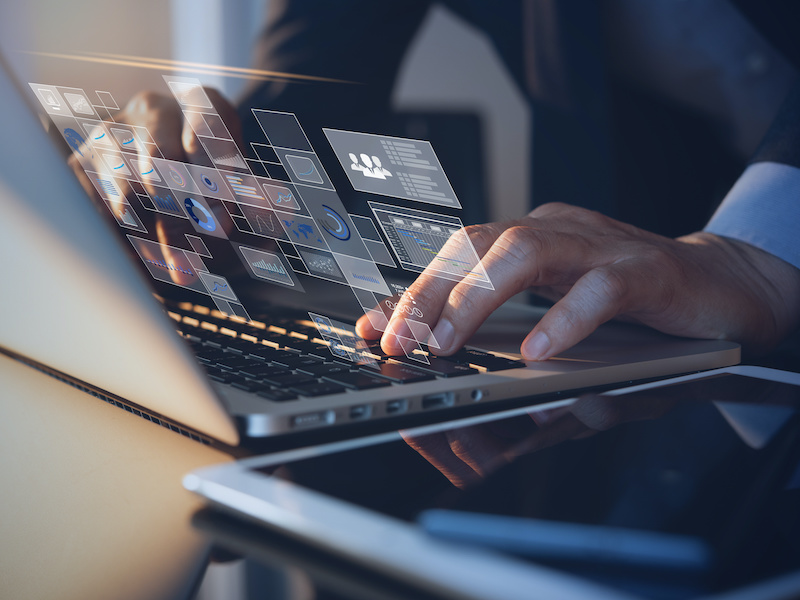 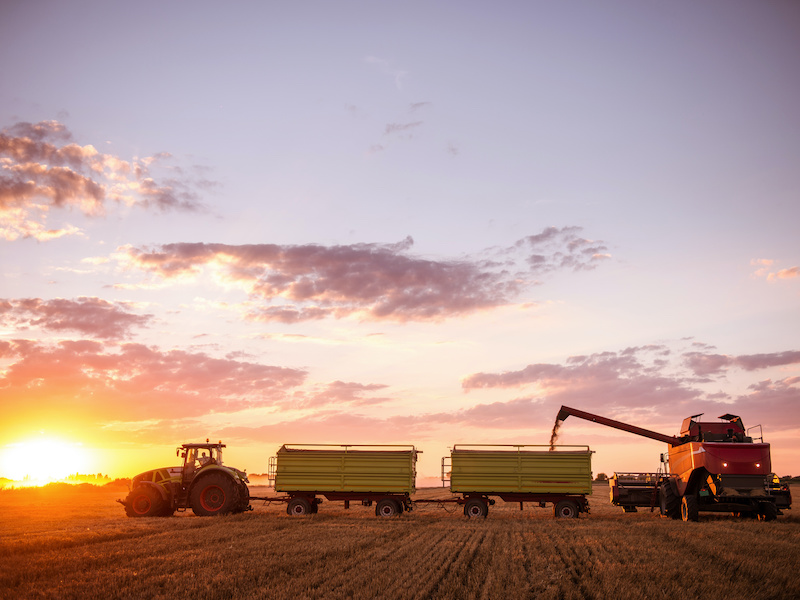