A fresh look at a Preferential Trade Agreement among the BRICS

A fresh look at a Preferential Trade Agreement among the BRICS

To date, little emphasis has been placed upon examining future trading relationships within the BRICS (Brazil, Russia, India, China and South Africa) countries. In general, economic theory suggests that the gains from trade are greater when a wider suite of countries is involved, and this is the fundamental basis of the multilateral liberalisation objectives of the World Trade Organisation (WTO). With the WTO currently stalled in its trade reform objectives, the question is raised as to whether or not trade liberalisation within BRICS may be an objective worth pursuing as this bloc represents a significant portion of the so-called 'South-South' trade. This paper explores the trade and economic implications of a Preferential Trade Arrangement (PTA) between the member countries of BRICS. The starting point is that except for the importance of China as an import source intra-BRICS trade is, in general, not very high: this so because the EU is commonly the main import source and export destination.

In order to present a realistic analysis we accept that a full Free Trade Agreement (FTA) is not feasible at this point in time. Rather, we will undertake two base scenario runs using the Global Trade Analysis Project (GTAP) computer model. The first is (a) where all bilateral tariffs are reduced by 50% between the BRICS, while the second is (b) where all bilateral tariffs are reduced by a lesser 25%. In both (a) and (b) we also simulate a situation whereby all tariffs are reduced by two percentage points to reflect gains from closer cooperation between the BRICS countries in areas such as administrative and infrastructural efficiency improvements to reflect an improvement in reducing non-tariff barriers (NTBs). We also report upon scenario (c) where results from a simulation whereby just this 2% NTB tariff reduction applies. We do, however, also present and discuss two additional scenarios. In the first of these, (d), we accept that South Africa will not liberalise its clothing sector in the face of an import surge and accordingly a simulation is run whereby all intra-BRICS textile, clothing and footwear are exempt from the tariff liberalisation. In the second, (e), we accept that India will not reduce gold tariffs for South Africa. This second simulation makes a very large difference to South Africa, and given the increasing costs of gold recovery in South Africa it should be regarded as the most realistic.

A fresh look at a Preferential Trade Agreement among the BRICS - Author(s): Ron Sandrey and Hans Grinsted Jensen 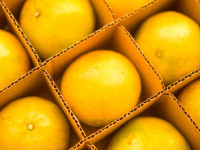