During the final week of September 2012, the South African Supreme Court of Appeal handed down a judgment giving effect to aspects of an earlier ruling by the Southern African Development Community (SADC) Tribunal against Zimbabwe for violating certain SADC Treaty obligations. The obligations in question concerned the protection of basic human and democratic rights.

This matter came before the South African Supreme Court of Appeal because Zimbabwe had appealed against an earlier judgment against it by another local court. The latter had granted a writ of execution (requested by private applicants) authorising the sheriff for the district of Cape Town to attach immovable properties belonging to Zimbabwe and to sell them in execution of the Tribunal’s costs order against the government of Zimbabwe. The Zimbabwean appeal has now failed and unless it can convince the South African Constitutional Court to rule in its favour on the basis of a constitutional complaint, it will have exhausted all remedies available from the South African judiciary.

This adds another chapter to the saga around the SADC Tribunal in the aftermath of its rulings against Zimbabwe. The judgment explains a number of fundamental legal issues which are vital to the future of SADC. 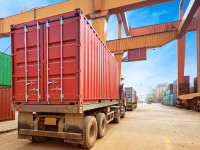