Cross-border road transport faces numerous barriers which impede seamless and efficient movements and trade flows. Many of the barriers can be directly linked to the fragmentation that exists in the regulatory regimes, unharmonised legislations, regulatory requirements and technical standards implemented in different countries. The instruments implemented by the countries vary in scope and finer text, which further compounds the complexities emanating from multiple agreements which they use to regulate cross-border road transport.

There are a few significant initiatives and programmes that were commissioned which have potential to address some of the road transport regulatory issues affecting cross-border road transport in the Eastern and Southern Africa (ESA) region, and examples include the Tripartite Free Trade Area (TFTA) and the Tripartite Transport and Transit Facilitation Programme (TTTFP). The need to address the regulatory fragmentation is also heightened in the African Continental Free Trade Agreement, which effectively became operational in the beginning of 2021. 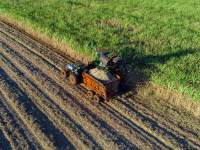