Selected trade and development event listings for the week ahead:

(iv) A reminder: UNCTAD's Trade and Development Report 2019 will be launched on Wednesday

(vi)  The programme for the WTO's Public Forum (8-11 October, Geneva) on the theme Trading Forward: Adapting to a Changing World, is now available.

The Policy Paper’s focus on trade and trade policy is important. The promotion of exports and increasing export capacity is critical, as is a smart import strategy. Appraising South Africa’s current trade strategy (last updated in 2012), both in terms of its substantive scope and our strategic partnerships, should be a key priority for government. Although the links between trade and industrial policy are recognised, important gaps seemingly remain. An example of this is that South Africa does not yet have a trade in services strategy. This is alarming given that services are not only important as tradeable (evidenced by the commercial presence established by many South African services suppliers across the  African continent) but are also integral to the export of goods. The role of South Africa’s logistics, wholesale and retail distribution suppliers across the continent in taking agricultural and industrial exports to these markets provides ample evidence of these linkages. Services are therefore essential to trade facilitation. Given that more than two-thirds of South Africa’s GDP is accounted for by services, the lack of a trade in services strategy is incomprehensible. Furthermore, the services sectors in the domestic context offers significant opportunities for innovation, diversification and transformation, especially for youth. Services sector development and regulatory reform should therefore be correspondingly high on the agenda.  [Wesgro: Cape Town companies sign export deals worth over R1.8bn; Government to ban foreign business from 'certain sectors']

The port of Mombasa recorded a sharp decline in transit cargo destined to Ethiopia, Tanzania and Burundi in the first seven months of the year even as Uganda, Rwanda and DR Congo raised their usage of the Kenyan port, official data has revealed. Goods on transit to Tanzania from Mombasa dropped by 9.4% to 141,000 tonnes in seven months to July this year, with tonnage expected to drop much further with increased usage of the $345m World Bank-funded Dar es Salaam Maritime Gateway Project.  Kenya Ports Authority data also shows that Ethiopia, expected to be a key player in the Lamu Port South Sudan Ethiopia Transport (Lapsset) Corridor project, did not use the Kenyan port of Mombasa in the seven months to July, even as next month’s unveiling of the Lamu ports’ first berth draws closer. KPA data showed transit goods to Ethiopia dropped to zero from 1,000 tonnes. Ethiopia’s drop could be attributed to its investment in two of Djibouti’s ports and also usage of Somaliland’s ports. The KPA data shows that Burundi, also a client of the Dar port, is dumping Mombasa as its cargo volumes in the seven months dropped by more than 90% compared with the volumes traded over a similar period last year. Imports to Burundi through Kenya plummeted to 1,000 tonnes compared with a total 21,000 tonnes during the same period last year.  Partly helped by friendly relations and continued investments in the Northern Corridor infrastructural development, Uganda, Rwanda, South Sudan and the Democratic Republic of Congo remained bright spots for the Mombasa port.

Tanzania expects to raise cashew nuts production by 33.5% in the year to September 2020, helped by favourable weather conditions and increased plantings, its agriculture minister said on Saturday. Output in 2019/2020(October-September) is seen reaching 300,000 tonnes, up from the 225,000 tonnes produced in the 2018/2019 season.

Struggling African banana producers called on the EU on Friday not to cut tariffs on imports from Latin America any further. Exporters in Africa, the Caribbean and Pacific have been losing market share since 2009, when the EU agreed to progressively cut tariffs on bananas from bigger growers in Latin America. That reduced the advantage previously enjoyed by ACP growers in mostly former European colonies, who have tax-free access to European markets, although the EU agreed to provide them around 200 million euros in compensation. At a convention in Abidjan, banana industry representatives from Cameroon, Ivory Coast and Ghana urged the EU not to cut tariffs on Latin American producers below 75 euros/tonne, the rate which will come into effect on Jan. 1, 2020. They cited recent trade discussions between the EU and Colombia, Ecuador and Peru that they fear could lead to even lower tariffs.

Egypt’s Ministry of Trade and Industry and the Swiss Confederation have announced the scaling up of collaboration to strengthen the competitiveness of textiles and clothing producers in Egypt. The new initiative – Egypt: Improving the International Competitiveness of the Textile and Clothing Sector – forms part of the three-year Global Textiles and Clothing programme, funded by the Swiss State Secretariat for Economic Affairs, which is being implemented by the ITC.  The new project aims to support Egypt to build a sustainable export-oriented sector with increased sales to traditional and new markets, with a focus on creating long-term and sustainable employment, particularly for women and young people.

As stakeholders in the manufacturing sector intensify efforts to push more Nigerian products beyond the shore of the country, the Nigeria Export Promotion Council, has identified poor packaging and labelling as major stumbling blocks to Nigeria’s products exported overseas, especially to the United States. The director, business development at NEPC, Mr Wiliam Eze, who delivered a keynote address at the 2019 Packaging, Plastics, Food Processing, Labelling and Print Exhibition in West Africa in Lagos, said some Made-in-Nigeria products are faced with poor packaging which results in rejection.  According to him, a recent report revealed that 30% of Nigeria’s exports to the US are rejected as a result of poor packaging and labelling, not quality of the products.

The Minister of Industry, Trade and Investment, Mr. Niyi Adebayo, has said there is no going back on the federal government’s determination to increase public revenue through intensified tax collection. This is coming as the Tax Leader, PwC, Mr. Taiwo Oyedele, has raised the alarm that Nigeria’s  tax system contains 354 different taxes, stressing that these multiple taxations do not allow businesses to thrive. Speaking during the Lagos Chamber of Commerce 2019 Presidential Policy Dialogue on the Economy, held in Lagos at the weekend, Adebayo, said those expecting the government to reduce taxes and at the same time increase revenue to meet its responsibilities to the country should come and show the government how to perform the magic.  [The challenge before the new Advisory Council]

The High Level Ministerial Round, on the theme, “Emerging Technologies to Support SADC Regional Integration and Sustainable Industrial Development”, provided a platform for an interactive discussion on high impact infrastructure projects and technology-related-priority issues that the region need to immediately address. In the ICT and Information Sectors, the Ministers approved the Multi-Stakeholder Intra-regional and Trade Facilitation Project which is aimed at promoting and facilitating the participation of SMMEs in the regional e-commerce ecosystem. In the transport sector, the Ministers reviewed progress on the implementation of SADC Regional Infrastructure Development Master Plan and noted the completion of critical infrastructure such as the opening of the new Walvis Bay Container Terminal in Namibia, and associated Dry Ports, rehabilitation and upgrading of critical sections of the Regional Trunk Road Networks in most regional corridors and the One Stop Border Posts at Kazungula which links Botswana and Zambia, the Nakonde/Tunduma which links the United Republic of Tanzania and Zambia and the Mwami/Mchinji which links Zambia and Malawi. The Ministers further noted:

UNECA partners ECOWAS towards the development of post-2020 Vision 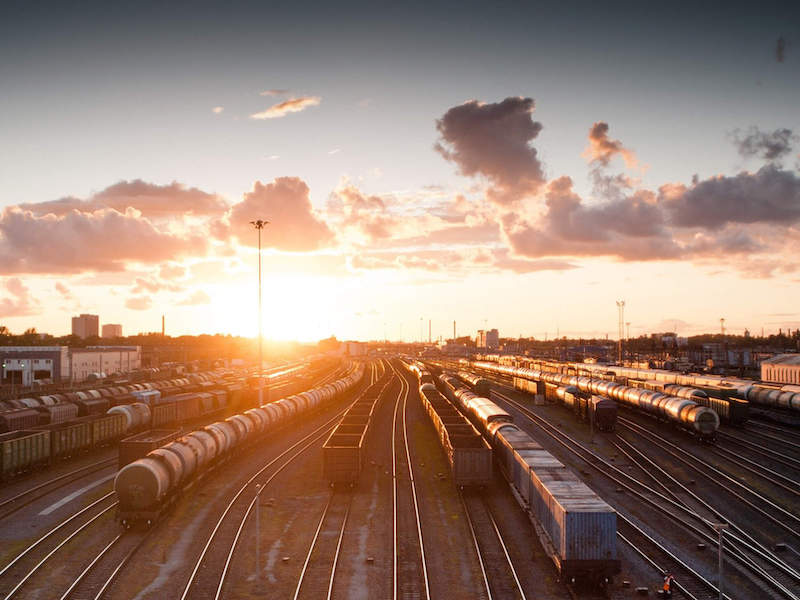