At the Africa Trade Forum 2018 in Lagos earlier this month, speaker after speaker described the AfCFTA as a “game changer” for Africa. However, they also cautioned that much hard work lies ahead to make that promise a reality. In particular, the role of technology in facilitating trade and making sure all Africans benefit from it came up again and again. Helping governments use technology to better serve their citizens is one of the core objectives of the Data and Technology team at The Rockefeller Foundation, so I listened with great interest as free trade in Africa was presented as a technological challenge rather than confined only to the realm of policy or politics. As I see it now, here are four main ways technology can play a pivotal role in realizing AfCFTA’s promise: Reducing friction at the borders; Tracking imports from outside the continent; Creating a “digital single market”; Bridging revenue gaps. [The author is Associate Director, The Rockefeller Foundation]

Two new online platforms designed to facilitate trade and business opportunities for companies are now available through a partnership between the ITC and the West African Economic and Monetary Union. Presented in Abidjan, during a regional meeting on the role of digital solutions in trade, the ConnectUEMOA and the Trade Obstacles Alert Mechanism platforms will contribute to the development of a more efficient commercial system by incorporating online solutions. The ConnectUEMOA platform offers the user – seller or buyer – the possibility to both explore commercial opportunities as well as promote their own activities in the region and beyond. It offers enterprises a unique access point to a virtual marketplace whereby they can register their profiles, products and services. Digital solutions have a central role to play in facilitating the way trade is done today,’ said ITC Executive Director Arancha González. ‘It allows for more inclusive trade for the 21st century whereby communication and connection are powerful tools for enterprises, notably in Africa.’

Addressing guests at the World Youth Forum 2018 organised recently in Sharm El Sheikh, Prof. Oramah noted that Africa’s foreign exchange reserves currently stood at almost $500bn and had consistently been above that figure until the commodity price shock in 2015/2016. The continent also had about $800bn under management by pension funds in the 12 African countries where the market was most developed, with that figure forecast to rise to $1.1 trillion by 2020, continued the President. In addition, Africa received $63bn in migrant remittances annually, showing that the continent had more than $1 trillion that it could use to finance the $300bn of investment that was required. He said that the challenge was that the reserves were sitting outside Africa, earning little or nothing, and that when African countries tried to borrow the same money, they ended up paying very high rates. Prof. Oramah said that the continent needed to look inward, asking, “Why can’t we do something about it? Why can’t we recycle some of our money? Why can’t we do what some of the Asian countries have done?”

Botswana is about to experience a surge in Chinese tourists following the relaxation of visa regulations, if trends from similar developments are anything to go by. When Morocco declared a visa exception in June 2016 the number of Chinese travellers to the country zoomed by 440%, Tunisia’s Chinese arrivals surged 215% when they did the same in February 2017 and, closer home, Angola saw a surge of 85% when they simplified their visa application procedures in January 2018. This was revealed by Olivier Ponti, Vice President of Insights for ForwardKeys, who presented his findings at the first Africa Leaders Forum organised by the World Travel and Tourism Council in Cape Town.

Ghana: Export-import indices to be implemented next year (Today)

Ghana has received support from development partners such as the World Bank and ECOWAS to start the process of implementing export and import indices, effective January, 2019. The move has been necessitated by the assessments done during continuous visits by technical team from the aforementioned partners who have not been impressed with Ghana’s export data. This will enable the state to index and measure the value of total goods that are imported and exported in order to have accurate data which reflects the performance of the economy with regards to international trade in real terms. A chunk of Ghana’s export data declared by freight forwarders are classified as “others”, a practice which experts in the trade industry say has made it increasingly difficult to measure data because it does not give the precise output on particular items that have been declared.

The review of the 2008 National Transport Policy is in its completion stage following a final national stakeholder’s consultative workshop, held in Accra yesterday. The draft policy, which covers roads and highways, railways and aviation, is expected to be submitted to Cabinet for approval. After its 10th year of implementation, the policy was subject to review for the necessary changes to refocus it in line with changing strategic objectives and emerging issues in the transport sector. Opening the workshop, Minister of Transport, Kwaku Ofori Asiamah, said the policy, which was developed in 2008, was to provide guidance for the holistic and strategic development of the transport and logistics sector. This he explained would support the Ghana Gateway Project, designed to make the country a gateway to the West African sub-region to facilitate trade and foreign investments.

The Kenya Civil Aviation Authority has denied Ethiopian Airlines a licence to operate scheduled passenger flights on the Johannesburg-Nairobi–Brussels route, saving Kenya Airways from an imminent battle for passengers in the African airspace. KCAA admitted that the Ethiopian carrier had been denied a licence to operate passenger business from South Africa through the Kenyan airspace but declined to disclose what informed the decision. Ethiopian Airlines wanted to fly B757 aircraft on the new route if allowed to operate out of Nairobi. “KCAA denied Ethiopian Airline the licence it applied for. Only Ethiopia Airlines can apply to be informed of the reasons,” KCAA director-general Gilbert Kibe said in a short text message.

There is little doubt that the illicit trade of cigarettes does exist in South Africa. But the findings presented by TISA need to be considered in the context of all the developments around the tobacco industry in the last six years. There are a few issues to consider.

The partnership between Family Bank Limited and London-based financial technology firm SimbaPay will enable the 23,946,174 active M-Pesa users in Kenya to send money to over 1 billion active WeChat subscribers in China. To send the money, Kenyans will use an M-Pesa Paybill number belonging to Family Bank and enter the phone number of the recipient in China as the account number. The recipient will then access the money on their mobile wallet. The cost of the transactions will vary on a sliding scale. The cost of sending $80 (Sh8,198), for instance, will be Sh350.

Kenyan banks’ non-performing loan ratios are among the most elevated among major economies in Africa, and are likely to be exacerbated by continued delays in payment by government to contractors and suppliers who owe lenders billions of shillings. Global ratings agency Moody’s says in a new report on African banks that weak risk-management practices in the past have also contributed to the fairly high dud assets ratios among African banks, with many of those assessed lying above 10%. Out of 11 African countries profiled by Moody’s in the report, only Angola, Ghana and DRC have a higher ratio than Kenya, at about 25, 22 and 18% respectively. Other countries profiled include Egypt, Mauritius, Morocco, Nigeria, South Africa, Tanzania and Tunisia. The ratings agency added that the introduction of new IFRS 9 accounting standards across most African countries signals a rise in loan-loss provisioning coverage, thus cutting the risk associated with bad loans.

From around the globe

“This has been a very productive G20 summit. I have heard firm support for trade and the WTO throughout my meetings with leaders in Buenos Aires and heard a range of ideas about strengthening our work. This is reflected in the leaders’ declaration, which I strongly welcome. The declaration represents a very important moment in tackling the current challenges in global trade. With this statement, the leaders underline the vital importance of trade and of the multilateral trading system in supporting growth, productivity, innovation, job creation and development. They call for improvements and “necessary reforms” to the functioning of the WTO to ensure that it can continue playing this essential role. I will work with WTO members to take this forward in the interests of all.”

The declaration agreed by the G20 leaders is available here. The key paragraph on trade issues is as follows: “International trade and investment are important engines of growth, productivity, innovation, job creation and development. We recognize the contribution that the multilateral trading system has made to that end. The system is currently falling short of its objectives and there is room for improvement. We therefore support the necessary reform of the WTO to improve its functioning. We will review progress at our next Summit.”

Drawing on the negotiations and other developments that transpired in the run up to MC11 and thereafter, the paper underlines four core directions to be considered while giving shape to a revamped LDC agenda. First, the de facto dissolution of the DDA entails that LDCs pick the issues from the Doha Agenda with the most potential, such as sectoral issues. Second, the LDC group should strategically remain engaged with the new issues, particularly in negotiations on fishery subsidies and e-commerce. Third, as regards governance and structural issues, LDCs need to marshal their strength against any attempt to weaken the dispute settlement system, and need to take a strategic approach to find a balance between Doha Round negotiations and plurilateral discussions. Finally, the LDCs should strengthen Aid for Trade inputs to ensure their smooth and sustainable graduation out of the LDC group.

Making EU trade in services work for all

This report is the result of a collaborative initiative involving enterprise ministries in Denmark, Finland, Ireland, and the Czech Republic. It makes a compelling case for the future growth potential of the European Services Sector if action is taken to reduce restrictions and barriers to cross border trade in services. Copenhagen Economics were commissioned to undertake this study on behalf of the four Member States. It identifies an evidence base for the imperative of making greater progress in making the Single Market a reality for Services and sets out a call for six actions to address this. These include actions at both European level, for the Commission, and at national level, for the Member States. 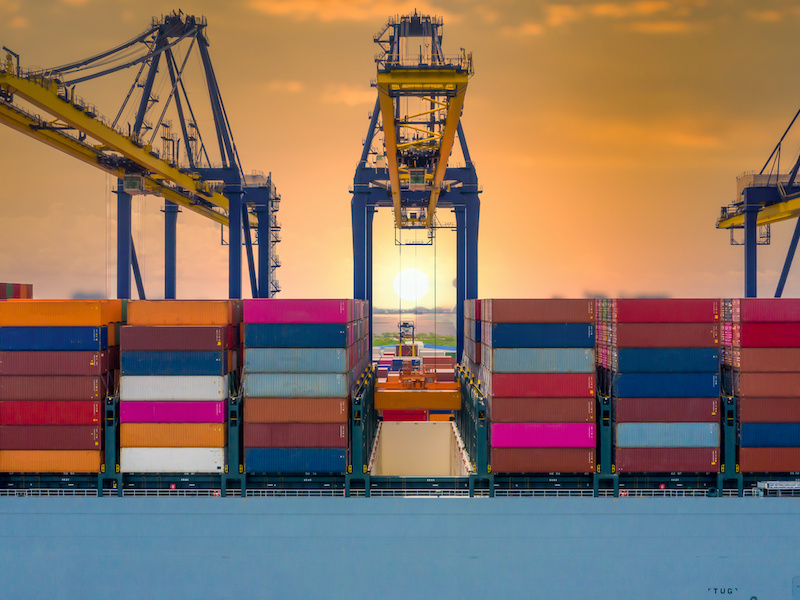 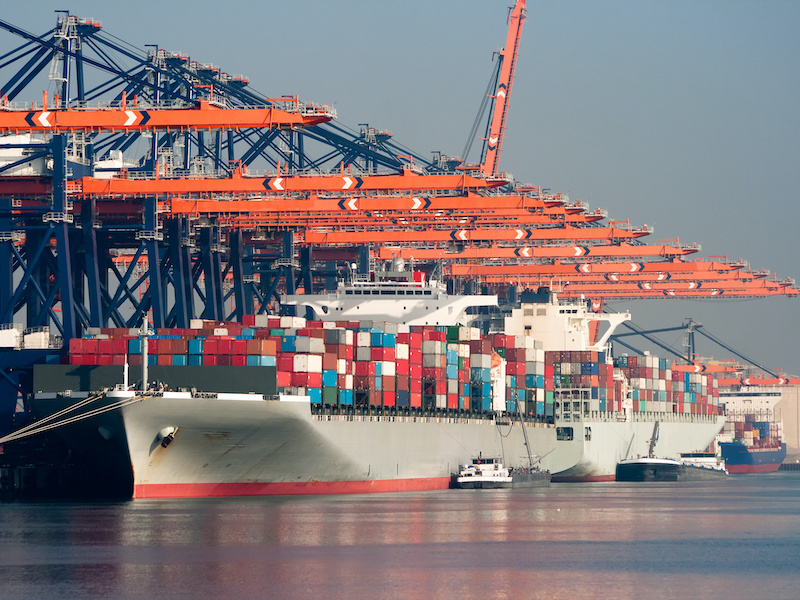