Context: Going forward, the nature and pace of integration in Africa would also be defined by wider economic opportunities and challenges. In particular, there are likely to be four key economic drivers of regional integration. First, nature of economic growth and macroeconomic stability could be an important factor for integration. The past decade has seen the continent grow largely on the back of a commodity price boom and largely sustainable debt levels. With the recent retreat of the commodity super-cycle, there is an opportunity to push ahead with greater intra-African trade as a potential driver for increasing productivity and economic diversification. Second, the ongoing demographic boom and rapid urbanization could be another important factor for integration. For instance, how is Africa going to take advantage of its burgeoning youth cohorts to meet the growing food needs and rising purchasing power of its urban population? Third, an accelerated pace of structural reforms, which leads to improvements in competitiveness and consequent opportunities for agglomeration and specialization among countries, could be another driver for integration. Finally, advances in technology and its falling costs are likely to be another driver of integration – for example, falling costs of renewables could benefit all countries equally if diseconomies of scale are addressed or availability of improved Internet connectivity could potentially revolutionize distance education and help address chronic challenges such as poor quality of teachers.

Possible future scenarios of integration in Africa: While it is hard to predict the pace of regional integration going forward, it is very likely to remain in positive territory. Three possible scenarios for the status and depth of integration in Africa during the next decade can be identified: (a) the integration agenda gets into high gear, among others, with a strong agreement and effective implementation of the CFTA, and a rapid scale-up of regional infrastructure through leveraging private financing; (b) a more likely scenario of continuation of selective approach to integration where collective and sovereign interests overlap, but with greater engagement of the private sector and deepening in certain sectors such as power trade, financial integration, and removal of some barriers to trade; and (c) an unlikely downturn in the overall climate and support for integration due to rising domestic sovereignty considerations and a growing disbelief among people and policy makers about achieving tangible benefits from integration.  pdf Four Strategic priorities (1.91 MB)

Strategic Priority 1: Generate economic dynamism along regional economic corridors. What will we do? Identify 8-10 economic corridors during FY18–FY20 – either along transport trunk routes or along production centers for major agricultural commodities (for example, livestock, or cash crops). Along these corridors, use a combination of WBG instruments to support countries to address policy issues (including standardization of norms and regulations) that affect productivity and promote trade and private investments, along with financing the remaining infrastructure gaps and promoting skills development to take up the job opportunities.

Strategic Priority 3: Scale up access to quality public services and entrepreneurship through complementary regional solutions. What will we do? In areas such as off-grid energy access and small-scale irrigation, there are economies of scale benefits that are possible by harmonizing standards and regulations and providing regional lines of credit to scale up access. Opportunities would be explored for facilitating greater uptake of improved technologies, including through private sector channels.

Strategic Priority 4: Promote collective action to address risks of regional economic contagion, fragility, epidemic, and climate ‘hot spots’. What will we do? There is a large body of existing WBG operational engagement in this area. Many of the regional priorities in the World Bank’s ACBP18 would be pursued further. As mentioned elsewhere, this area of work would require long-term engagement. The focus going forward would be on deepening the cooperation and collective action efforts, making them more sustainable both institutionally and financially. There are also opportunities for innovation and developing the next generation of regional solutions in complex areas of providing public goods.

IGAD trade ministers yesterday approved the Trans-border Informal Trade Policy and Cross-Border Security Governance, which is expected to promote business in the region. Authorities from Kenya, Uganda, South Sudan, Djibouti, Somalia, Sudan and Ethiopia signed the document in Mombasa . Kenya’s Cabinet Secretary for Industry, Trade and Cooperatives, Adan Mohamed, stated that the measure would boost small-scale traders in border areas, which mainly include women and young people, to improve food security. Mohamed added that as conflicts flow across borders, there would be an awareness campaign to ensure that communities adopt the new policy of sustainable peace and security.

The Court in its judgment found that the Respondent having failed to establish how the publication in the Mseto newspaper violated the public interest, or the interest of peace and good order of the people, lead to the conclusion that the impugned order was made in violation of the right of freedom of expression provided in Article 18(1) of the Constitution of Tanzania, or as provided for in Articles 19(3) of the ICCPR and 27(2) of the African Charter as a measure of universally accepted human rights standards. Further, the order derogates from the principles of democracy and adherence to the principles of good governance, the rule of law and social justice. Court also found the order failed to conform with and adhere to the principles of accountability and transparency. By issuing orders whimsically and which were merely his “opinions” and by failing to recognize the right to freedom of expression and press freedom as a basic human right which should be protected, recognized and promoted in accordance with the provisions of the African Charter, the Minister acted unlawfully.

Namibia’s exports to the European Union increased to N$6,3bn in the first quarter of 2018, bypassing the country’s exports to the Southern African Customs Union. The EU took up 35% of Namibia’s total exports, the largest share relative to other economic regions such as Sacu. This 35% share is much more than the 23% accounted for in the first quarter and 26% in the fourth quarter of 2017, respectively. Related perspective: China has overtaken South Africa as the largest export destination for Namibian products, making up 18.3% of total exports in the first quarter of 2018, data from the statistics office showed on Tuesday. South Africa was ranked second with 18%, followed by Belgium with 13% of total exports. Botswana and Italy absorbed 10% and 8%, respectively, of Namibia’s total exports.Namibia Statistics Agency: Quarterly Trade Statistics Bulletin Q1 2018 (pdf)

SARS Acting Commissioner, Mark Kingon said the member states had committed to identifying loopholes in tax compliance and adopting best practices from other member states. Cooperation would include the design of new tax policies, tax administration strategies and practices, as well as privacy and cyber security concerns and new avenues for fraud, which they say require international cooperation and coordination, as information flows increase. China’s Deputy Commissioner of the State Administration of Taxation, Sun Ruibiao, said his country had adopted a simplified tax collection system that is digitally based, in a bid to improve compliance and boost collection. “These initiatives have shown results, and I can say we have noticed an improvement in tax collection,” he said.

Though the majority of African countries have developed relatively robust institutional frameworks for the regulation of their electricity sectors, much work remains in strengthening regulatory independence, says the pdf Electricity Regulatory Index for Africa 2018 (2.05 MB) . The report, released on the sidelines of the 2018 Africa Energy Forum in Mauritius, measures the level of development of regulatory frameworks in 15 African countries and examines their impact on the performance of their respective electricity sectors. ERI also identifies areas in which improvement is most needed in Cameroon, CÔte d’Ivoire, Gambia, Ghana, Kenya, Lesotho, Malawi, Namibia, Nigeria, Senegal, South Africa, Tanzania, Togo, Uganda, and Zimbabwe. The Index pointed to how the past two decades had witnessed a transformation of the electricity market in Africa following the gradual opening, liberalization, and reform of national electricity markets.

The Budget and National Planning Minister, Senator Udoma Udo Udoma, has inaugurated the Technical Working Group for the Nigeria Aid Transition Plan, with a mandate to develop a comprehensive strategy for addressing the funding gap that may arise with the scaling down of development partner funding to Nigeria. The ministersaid the initiative was in line with the resolve of the current administration to drive effective planning as the bedrock of its developmental strategy and be pro-active in the face of emerging challenges. Members of the TWG are drawn from the Ministry of Budget and National Planning, Ministry of Finance, Ministry of Health, Ministry of Education, Ministry of Agriculture, National Bureau of Statistics and Debt Management Office. [Related: FG to borrow N1.64trn for 2018 budget deficit, President Buhari’s speech at signing of the 2018 Appropriation Bill into law, DMO publishes Q1 2018 debt data]

Following Nigeria’s poor showing in trading across borders on Ease of Doing Business ranking by the World Bank, customs agents have called on the federal government to urgently address the challenges encountered by Nigerians on the process of import, export and transit regulatory procedure that affected the country on the ranking. The National Council of Managing Directors of Licensed Customs Agents, the umbrella body of customs agents, stated this in a letter addressed to President Muhamadu Buhari. However, the custom agents pointed out that Nigeria’s import, export, regulatory and transit procedures have lengthy, cumbersome process associated with unnecessary delays, high transaction cost and increase of cargo dwell time, which make our port the most expensive in the globe based on verifiable information. They called on the federal government to, as part of the reforms, address the issue of breakdown of scanners at the ports.

Vanguard investigation revealed that about 40 to 60 containers are physically examined at Apapa port daily while between 50 and 70 are examined daily at Tin-can Island port presently. But Vanguard gathered that about 150 containers could be examined with the use of one scanner at Apapa and the number could even double should both scanners be operational. Vanguard findings show that some port users are in agreement that the scanners are broken down and non-functional while others are of the opinion that the one at Apapa is functional but that officers and men of the Service are deliberately refusing to deploy them because they want to continue performing 100 percent physical examination of goods coming into the country.

The chaotic traffic situation at the seaports in Lagos has resulted in about 1100% hike in the cost of transportation of imported goods from the ports in Apapa to surrounding towns in Lagos. Vanguard’s finding revealed that transportation of a 20 feet container from Apapa to Ikeja which used to be N25,000 has now risen to about N300,000. Confirming the above, President/CEO of NICSOL Worldwide Investment Limited, Mr. Nicodemus Odolo, said the bad roads have affected the movement of goods to and from the port as well as the cost of movement of consignments to and from the port. 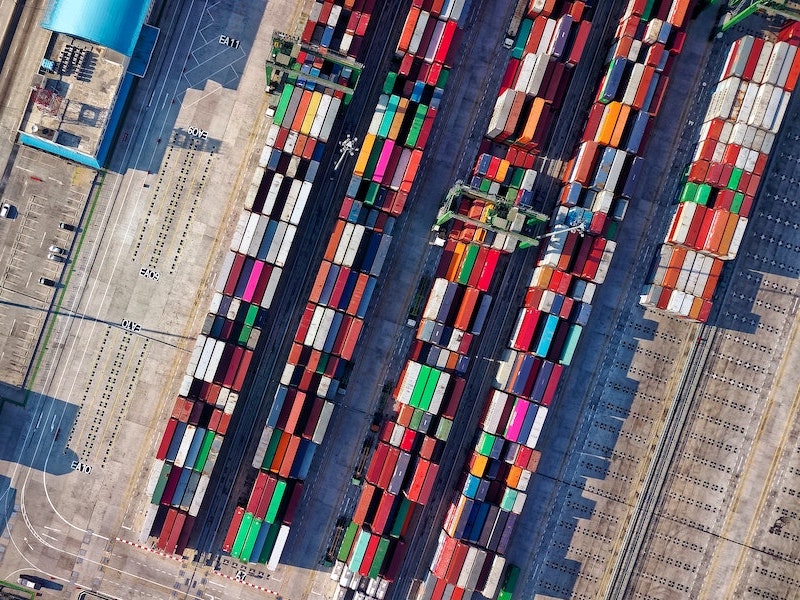 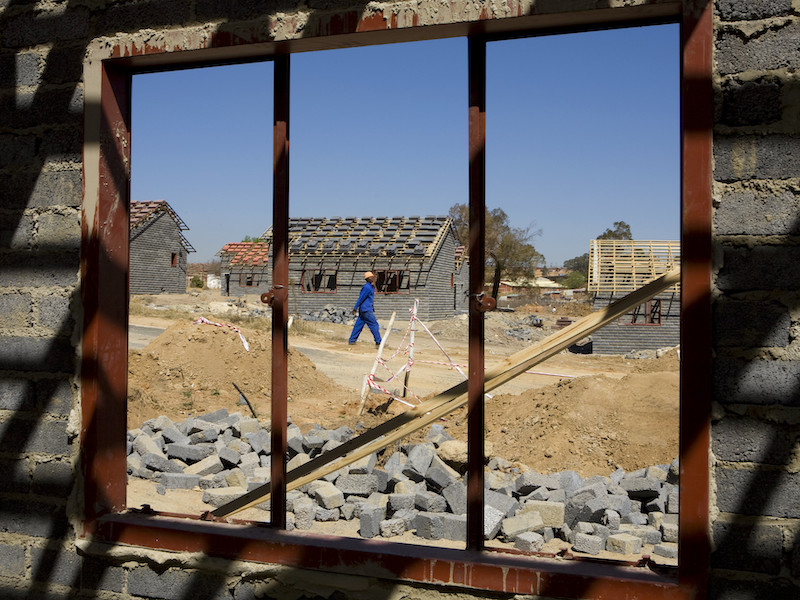