While a moderate upturn in the world economy led to more development financing in 2017, a new United Nations report out on 13 April 2018 revealed that the vast majority of investment is still short-term oriented, putting global commitments to create sustainable economies at risk.

“The world has the resources to deliver, but they are not allocated where they are needed most,” said Secretary-General António Guterres in the foreword to the 2018 report, Financing for Development: Progress and Prospects. “The choices we make now on financing will be pivotal.”

The report cites ‘short-termism’ ­– an excessive focus on projects that will yield quick profit at the expense of long-term interests like infrastructure improvement and job training – as among the major funding challenges to implementing the 2030 Agenda on Sustainable Development.

The prospects of some 800 million of the world’s poorest remain dire, as the annual progress report on how to finance the Sustainable Development Goals (SDGs) revealed that the current system rewards investors, financiers and project managers that prioritize short-term profits – correlating to policy makers’ excessive focus on short-term considerations.

The results are shelved infrastructure projects in favour of short term priorities that leave small businesses and women excluded from the financial system.

“The good economic news in some regions masks the very real risk that the poorest will be left behind,” said Liu Zhenmin, Under-Secretary-General for the UN Department of Economic and Social Affairs. “There is ­no room for complacency,” he added.

According to the report, an increasing interest in socially responsible investing is no substitute for a broader transformation in the financial system.

Pension funds, insurance companies and other institutional investors hold around $80 trillion in assets. But the majority of their resources are invested in liquid assets, such as listed equities and bonds in developed countries.

The lack of long-term investment horizons also means that major risks, such as those from climate change, are not incorporated into decision-making.

“If we don’t invest in infrastructure projects like bridges, roads and sewage systems, if the poorest and women are cut off from access to credit and other financial services, we have little prospect of achieving our global goals,” stressed Mr. Liu.

According to the report, the solution lies in a multifaceted approach. It includes changing payment practices: the compensation of financial advisors and portfolio managers is too often linked to short term results. More transparency also helps: some countries now require all listed companies to disclose financial risks they face from climate change.

Short-sighted policies also result in a lack of access to finance for countries in urgent need. Support for countries affected by disasters is often too little, too late. Innovative financial instruments exist that provide quicker access to funding. Countries can set up insurance-like mechanisms, and the international community can support those that can’t afford premiums. Loans can be set up to reduce repayments automatically during crises. But so far, major funders have not taken up these promising tools.

“We have to reach beyond the quick fix if we are going to create a world that can sustain all of us,” said Navid Hanif, Director of Financing for Sustainable Development Office. “Political leadership and public policies are indispensable.”

It takes leadership to overcome short-term political cycles, devise and enforce rules which have widespread benefits but may face resistance by powerful groups, for example tax reforms and stopping illicit financial flows, the report notes.

The report emphasizes that in donor countries, political leaders must do more to meet their commitment to provide financial assistance to the world’s most vulnerable countries.

Beyond financing, the report highlights several cross-cutting areas that impact sustainable financing and that require policy makers attention. For example:

This report is written by the Inter-agency Task Force on Financing for Development and issued under the auspices of the United Nations Department of Economic and Social Affairs, by mandate from the Addis Ababa Action Agenda. The major institutional stakeholders of financing for development process are: the World Bank Group, IMF, WTO, UNCTAD and UNDP, which take a central role in the Task Force. The Task Force includes almost 60 UN agencies and international organizations, including the OECD and the Financial Stability Board.

This Task Force report sets the tone for the spring meetings of the World Bank and IMF in Washington, D.C. to be held on 18-22 April 2018 and is the main input to the ECOSOC Forum on Financing for Development which will be held on 23-26 April 2018. 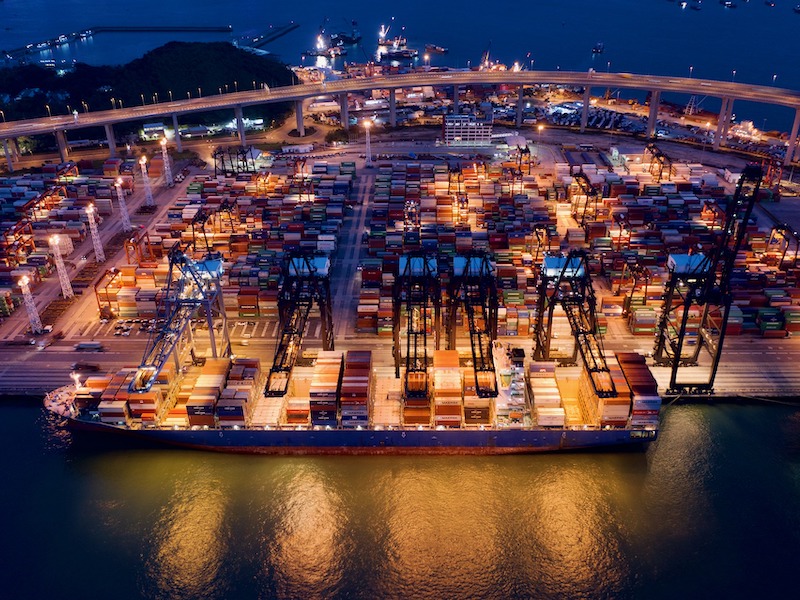