The Kazungula Bridge, located on Zambezi River where Zimbabwe, Botswana, Zambia and Namibia borders interconnect, was identified as a significant connector on a strategic road network for inter-regional trucks within the southern African region. The Bridge connects the southern African region traffic to the middle parts of Africa. However, the Bridge has many challenges which hinder the movement of traffic. The Bridge has a Ferry Operation, which required the facilities improvement on the land including onshore ramp and parking lot expansion amongst others. It also had Border Control Facilities where the clearance process was being carried out twice, thereby causing tremendous delay of traffic flow. The Bridge therefore needed to be improved to enhance transport links and operations within the region and beyond. Restructuring and improvement of the route was necessary to ease movement of goods and people and to reduce transit times considerably. This would also strengthen regional integration, trade facilitation and support economic growth and development within southern Africa.

The reconstruction of the Kazungula Bridge commenced in December 2014 and it was commissioned in May 2021 at a cost of US$259 million. The new Kazungula Bridge will be jointly owned by the governments of Zambia and Botswana, and funded by toll fees. The border post and access roads in each country will be owned by the respective governments, along with the newly formed Kazungula Bridge Authority. The African Development Bank reported that the Group supported the project through an African Development Fund loan of $76.5 million to the Government of Zambia under its 10 Year Strategy (2013-2022), whose core priority areas include infrastructure development and regional integration. In addition to funding from the governments of Zambia and Botswana, the overall project was co-financed by the Japanese International Cooperation Agency and the EU-Africa Infrastructure Trust Fund.

The completion of the Kazungula Bridge is a milestone for SADC’s regional integration and industrialisation endeavours and the African Continental Free Trade Area (AfCFTA). The completion of the bridge has been timely to support the AfCFTA. The AfCFTA objective to boost intra-African trade cannot be achieved without adequate trade-related infrastructure. The development of infrastructure at the continental level is supported through Programmes for Infrastructure Development in Africa (PIDA). PIDA focuses on the promotion of transboundary and transnational infrastructure. PIDA will aid the attainment of AfCFTA goals through facilitating the movement of goods, services, people and capital across the continent, as well as support the development of regional value chains. The AfCFTA is expected to boost intra-African agricultural trade, and promote agricultural development and food security and the bridge will facilitate smooth flow of goods. Under PIDA the North-South Multimodal Transport Corridor was identified as an area for improvement which entails the design and implementation of a smart corridor system for both road and rail on the multi-modal African Regional Transport Infrastructure Network in Southern Africa, and the Kazungula route lies along this corridor.

While the long-term benefits of the Kazungula Bridge are yet to materialise, some immediate benefits have already been seen. On the first day of operation, 162 trucks passed through the Bridge, as opposed to the 50 vehicles per day previously handled by the ferry. The Bridge’s parking area on each side has the capacity to accommodate 150 trucks. On the first day of operation, ‘a total of Pula 202 980.45 was collected from arrivals on 108 trucks and 54 departures, as well as departure of six small vehicles and six arrivals.’

The project will directly benefit the population in the project area, Zambia and Botswana, by providing an improved border crossing facility which will reduce crossing time and cost. The project will impact on national economies of both countries through enhancement of gross domestic product, strengthening of inter-dependencies among domestic industries and reduction of socio-economic disparities between urban and rural areas. Regional economies will be impacted through promotion of local industries, enhancement of farm-gate prices of agricultural products due to reduction of transportation cost, reduction of consumer’s prices of agricultural products due to reduction of transportation cost. Socio-economic activities will also be activated at community level resulting in tax revenue increase for local governments. The Kazungula bridge project will enhance the operations of the North-South corridor which is part of the Trans-African Highway network criss-crossing the continent. Traders will have an alternative of choosing the most competitive and convenient options between other available routes. The new bridge will facilitate intra-African trade particularly in southern Africa. At the continental level, such a project will facilitate efficient and seamless movement of goods and persons resulting in the promotion of industrialization and the growth of regional value chains. The bridge also provides reliable transportation system that is not affected by weather and reduction of damages to cargo and preservation of freight values. The new development will lead to promotion of other related road development plans including development of transportation infrastructure for tourism promotion.

The Kazungula Bridge Project provides an alternative to Beitbridge Border Post between South Africa and Zimbabwe. The infrastructure and resources at Beitbridge are inadequate to cope with the increasing volumes of cross-border traffic and trade in the region which has seen frequent delays in transit and clearance at the border. The completion of Kazungula Bridge relieves pressure on Beitbridge and hence this development could lead to better efficiencies, reduced traffic and clearances and related costs. The relief on Beitbridge could in turn result in significant downstream benefits for local and regional industry. In November 2020 it was estimated that “local transport companies will lose ZAR620-million this month, as their trucks sit idle at the Beitbridge border crossing into Zimbabwe. It is taking the average truck 72 hours or three days just to get to the front of the queue, and another day to be processed through South African and Zimbabwean customs, four days in total.”

The Kazungula Bridge Project has also highlighted other downstream benefits brought about by implementing trade facilitation measures that are not usually spoken about. The Road Development Agency of Zambia collected Kwacha 107 million in taxes in eight days of operations at the Kazungula One Stop Border Post and the Bridge as compared to Kwacha 17.5 million during the same period last year. The Botswana Guardian reported that Kazungula Bridge total collections amounted to Pula 202 980.45 on the first day of which Pula 84 800 were toll fees. These figures clearly are indicative of high revenues inflows that will accrue to both governments as a result of implementing this trade facilitation measure. The Kazungula Bridge project has also provided increased livelihood potential for the people in the project area through creation of employment opportunities during its construction and it will continue to create more job opportunities during its operation. Members of the Lumbo community in the vicinity of the bridge also benefit from a housing provision for persons affected by the project and relocated to the New Lumbo Village. They also benefit from the construction of a community school for the wider Kazungula community. This shows that trade facilitation measures apart from the benefit of expediting the flow of traffic; result in other untold benefits to the communities and governments at large. 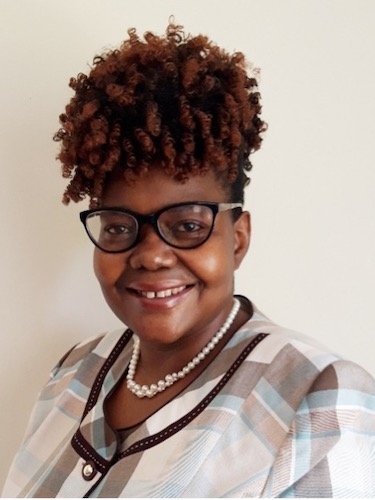 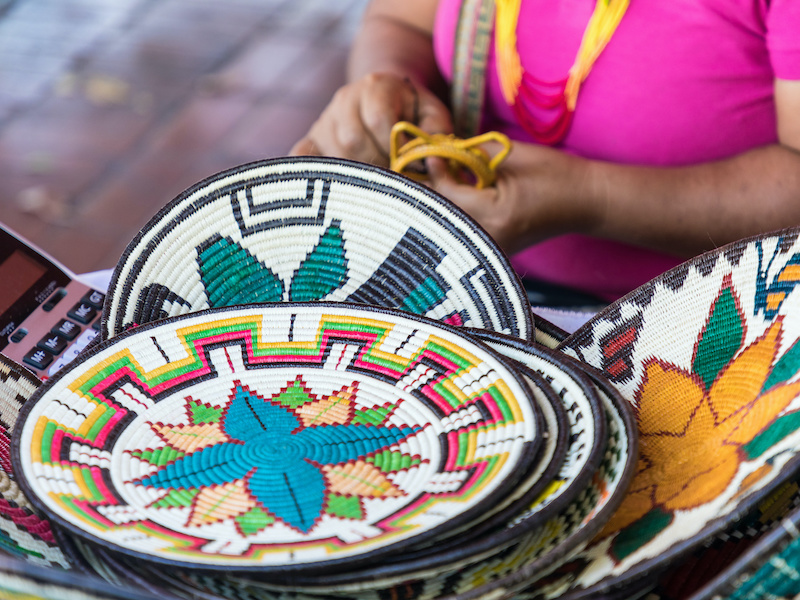 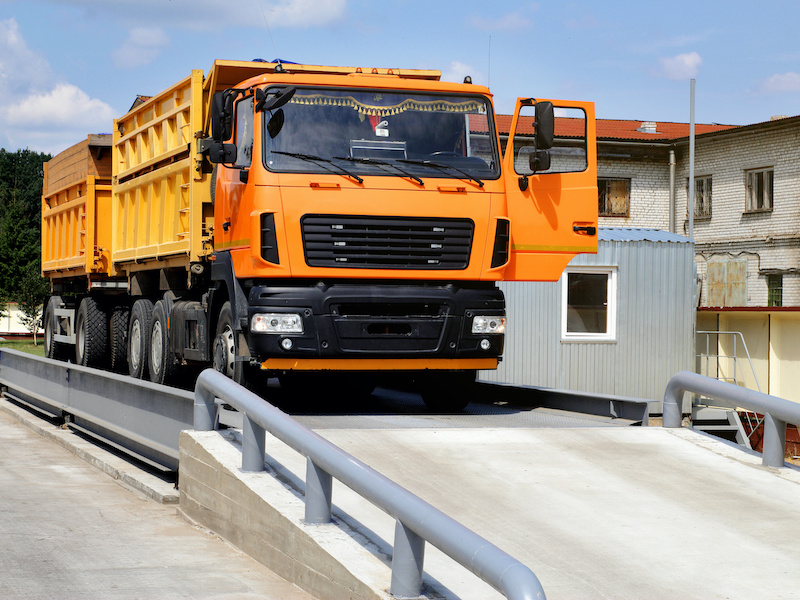 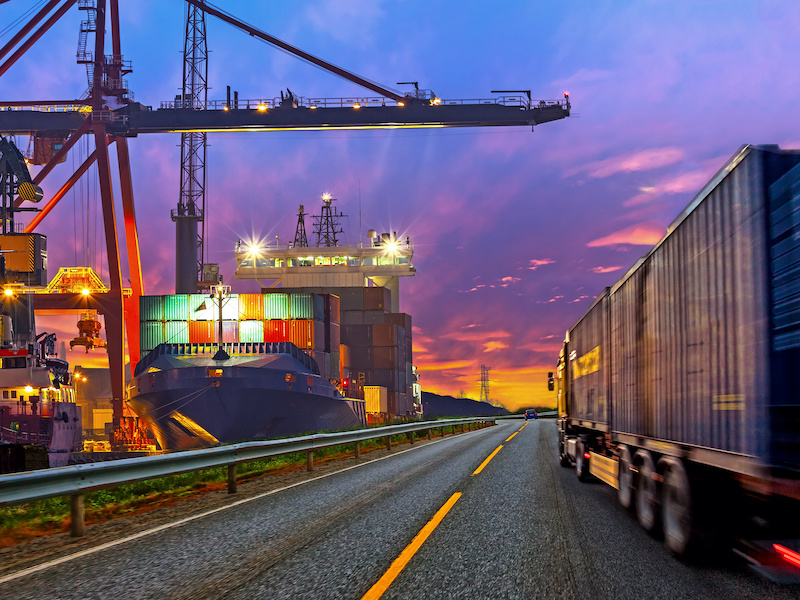