Africa’s Regional Economic Communities (RECs) have been receiving more than the usual amount of attention lately because eight of them have been identified as the building blocks of the African Continental Free Trade Area (AfCFTA).[1] From time to time they are also in the news when certain REC Courts hand down rulings in response to private party applications to protect basic human rights. A body of REC-based human rights law is gradually being developed through the interpretation of certain provisions in the founding REC Treaties and the meaning ascribed to “Community Law”. The RECs do not have their own regional Bills of Right.

This Blog discusses a recent judgment by the East African Court of Justice involving a freedom of the press dispute. It provides for a further strengthening of this trend; including the clarification of procedural aspects such as the binding nature of time limits in respect of the expeditious filing of appeal applications.

In the case of The Managing Editor Mseto versus the Attorney General of the United Republic of Tanzania, delivered on 2 June 2020, the Appellate Division of the East African Court of Justice issued a final ruling involving a dispute about press freedom in Tanzania.[2] The facts involve the banning, for three years, of the Tanzanian newspaper, Mseto, in 2016 after it published a report that a Deputy Minister had taken bribes to fund President Magufuli’s election campaign.

The editor and publisher of Mseto then brought an application to the East African Community (EAC) Court of Justice, arguing that the banning order infringed the right to freedom of expression and so contravened Tanzania’s obligations as a member of the EAC. The Applicant claimed that the relevant section of the Tanzanian Newspaper Act breached the rights to freedom of expression and press freedom and, therefore, violated the fundamental principles in Articles 6(d), 7(2) and 8(1)(c) of the Treaty for the Establishment of the EAC. Article 6(d) of the Treaty says that the objectives of the Community include good governance, adherence to democracy, the rule of law, accountability, transparency and equality. Article 7(2) states that “Partner States undertake to abide by the principles of good governance, including adherence to the principles of democracy, the rule of law, social justice and the maintenance of universally accepted standards of human rights.” Article 8(1)(c) requires that states “abstain from any measures likely to jeopardise the achievement of those objectives or the implementation of the provisions of this Treaty”.

Tanzania’s Attorney-General argued that the banning order was lawful and necessary to curb incitement and prevent the publication of false news. While the proceedings were ongoing before the EAC Court of Justice, the Tanzanian Newspaper Act was repealed but the banning order remained in force.

In June 2018, five judges of the EAC Court of justice found in favour of the newspaper.[3] It held that the banning order “derogates from the principles of democracy and adherence to the principles of good governance, the rule of law and social justice… [and] principles of accountability and transparency” and that the Minister had acted unlawfully “by issuing orders whimsically and which were merely his ’opinions’ and by failing to recognize the right to freedom of expression and press freedom as a basic human right…”[4]

The Court also ordered the Minister to annul the banning order and allow Mseto to resume publication. The Court stated that the impugned newspaper article concerned a serious complaint of corruption. Newspapers have an obligation to highlight instances of high-level corruption. “While it is not our place to determine whether the information published was correct or not, a knee jerk reaction to ban a publication, hours after the story hit the news stalls, cannot, in our view, be conduct that is within the parameters of the rule of law and good governance.”[5]

The Attorney General decided to appeal this ruling. However, a year went by without anything further being done. Mseto eventually applied to the EAC Court of Justice Appellate Division to strike out the appeal notice. This was quickly followed by another application by the Tanzanian Government, asking for an extension of time to file its appeal.

The Appeal judgment deals with the question whether the Attorney General should be granted an extension to file the appeal. Rule 86 (1) of the Rules of the Court provides that a party who has filed a notice of appeal must institute the appeal within 30 days of filing the notice of appeal. The Attorney General of Tanzania failed to do so.[6] As a result, the newspaper was refused permission to start publishing again; because an appeal was pending. This specific matter concerned the Court’s “judicial duty to interrogate the Application for extension of time with a view to satisfying itself that sufficient reason for extension of time existed and if not avoid indeterminate timelines which is contrary to the objective of expeditious justice”.[7]

Appeal Division of the EAC Court of Justice found that the Attorney General had not established sufficient reason for the Court to exercise its discretion to extend time to lodge the appeal out of time. The relevant rule provides that when a party who has lodged a notice of appeal fails to institute an appeal within the prescribed time, he shall be deemed to have withdrawn his notice of appeal and must pay the costs of any persons on whom the notice of appeal was served.

What has happened since? According to one report, Tanzania indicated that it would withdraw its agreement allowing individuals and NGOs from Tanzania to bring cases against the Government before the African Court on Human and Peoples’ Rights.[8] Will it do the same in respect of the EAC Court of Justice? Tanzania was part of the unanimous decision in 2011 to abolish the Southern African Development Community (SADC) Tribunal after a ruling against Zimbabwe that it had violated the SADC Treaty by expropriating private property without compensation.[9] A new SADC Tribunal Protocol was drafted, which excluded standing by private parties. It has not entered yet into force.

The Mseto judgment is one of several confirming that the Member States of the EAC, COMESA and ECOWAS must respect basic human rights. The principles of democracy and adherence to the principles of good governance, the rule of law and social justice … [and] principles of accountability and transparency” cited by the EAC Court of justice in the Mseto judgment (and which also appear in the SADC, COMESA and ECOWAS Treaties) constitute the foundation of a body of basic human rights law in the respective RECs.

Private parties enjoy standing before the relevant Courts and can bring applications for the protection of these rights; even when judicial review is denied in national jurisdictions. They must, of course, bring their applications on the basis of the relevant Treaty provisions allowing private party standing.

What are the implications for rules-based regional integration in the RECs and in Africa generally? Do the Regional Courts (where they exist) also hand down rulings about compliance with trade and integration obligations? What happens in those RECs lacking judicial review arrangements?

A similar body of Community Law has not been developed in respect of trade and economic regional integration undertakings, despite the rather clear obligations in the REC Treaties to abolish tariff and non-tariff barriers,[10] not to discriminate, to respect the rule of law and due process requirements. These are, in principle, the same REC principles cited in the Mseto case and of which the relevant REC Courts have ruled that they are binding upon the Member States. In the Polytol case the COMESA Court of Justice did declare the re-introduction by Mauritius of tariffs on goods for which a zero tariff had earlier been agreed, as a violation of the COMESA Treaty.[11] It happened in response to an application brought by a private firm.

Similar judgments with a clear trade-related context are hard to find. One of the reasons is the absence of litigation. African Governments never litigate against each other when it comes to compliance with obligations undertaken in REC legal instruments. Private applicants seem reluctant or uncertain as to whether to sue Governments in instances where REC provisions involving trade and economic integration have been violated and private parties suffer the consequences.[12] There are many examples where this could happen – in respect of denial of justice, lack of transparency, poor customs governance, and discrimination.

Perhaps the explanation for this uneven development lies in the fact that human rights violations are considered a more familiar terrain. If so, the development of comprehensive Community Law remedies should be prioritized by the private sector, law schools and training institutions. If the RECs are indeed the building blocks of African economic integration, they should be founded on clear legal constructs. They should be rules-based.

What remains outstanding is the problem of a fragmented continental system. The AfCFTA does not purport to be a deep integrated arrangement based on community law. It is member driven.[13] Its Dispute Settlement Protocol allows for inter-State disputes only. They are unlikely to follow. Rules-based continental integration still has some distance to travel.

[2] For the appeal report, see https://africanlii.org/sites/default/files/ea/judgment/east-african-court-justice/2020/7/Mseto-V-AG-Final.pdf

[10] See, for example, Art 4 of the COMESA Treaty and its list of specific undertakings.

[12] There have been some cases where applications have been brought in domestic Courts. 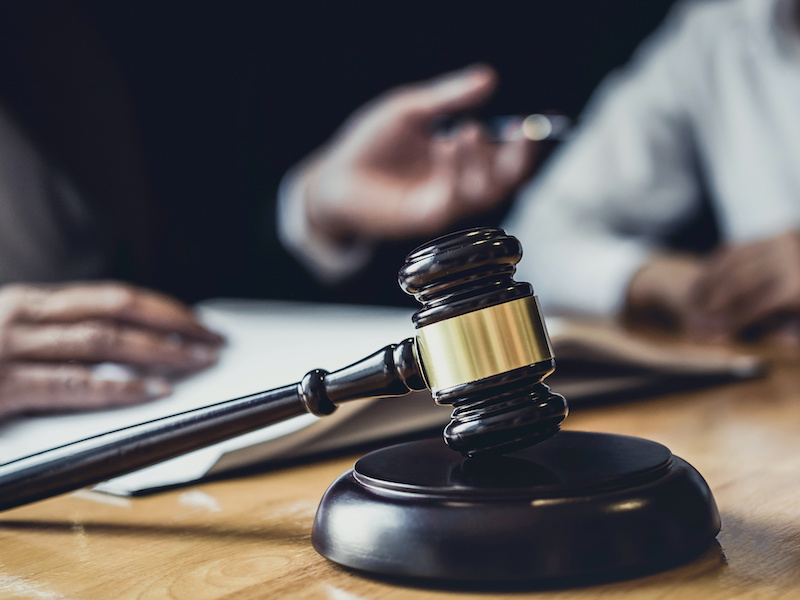 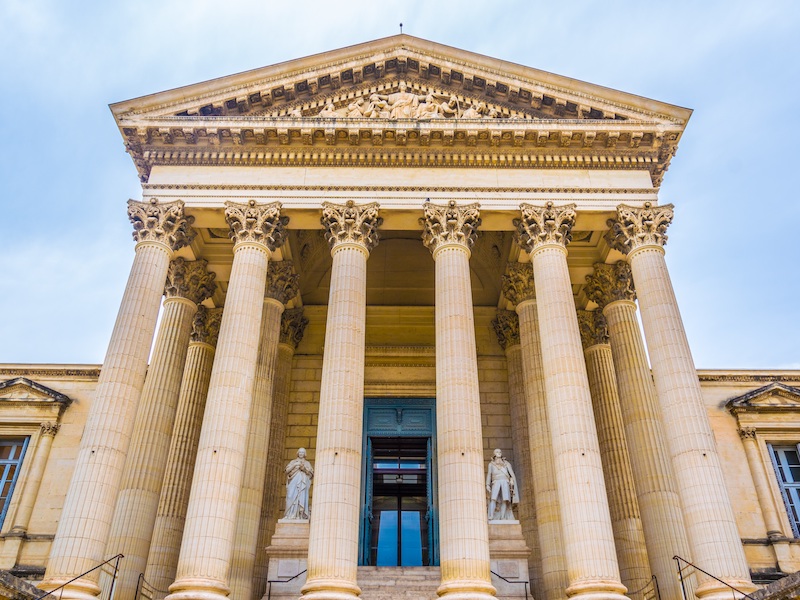 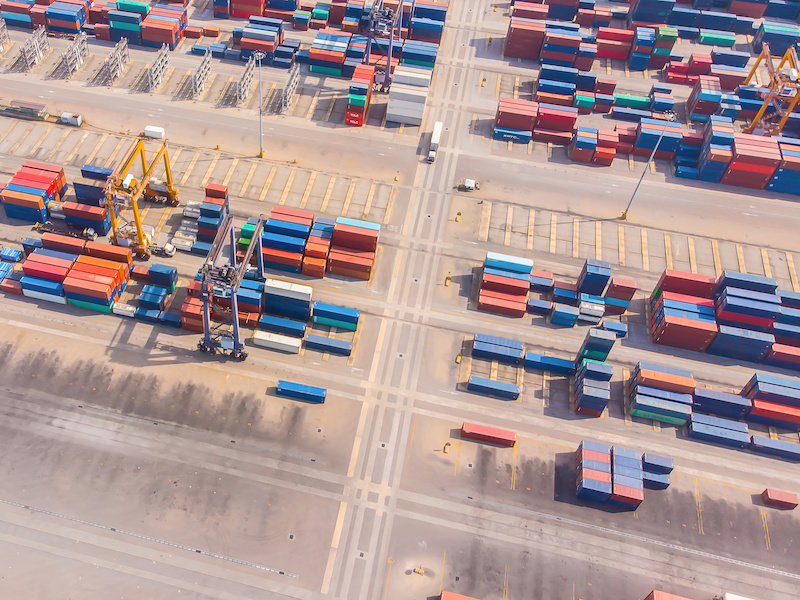 The AfCFTA is due for Implementation – what is to be expected?