How viable are auto component regional value chains in Africa?

How viable are auto component regional value chains in Africa?

Automotive components are the building blocks of automobiles and hence are a key part of the one of the world’s largest manufacturing industries. Within Africa the automotive components industry is only established in a few countries, but there exists the potential for the industry to grow rapidly and become the basis for the deepening of industrialisation and value chains in many more countries. Existing trade data suggests that there is room for the automotive component sector to grow in Africa. If only 5.4% of Africa’s requirements are supplied from within Africa, the potential surely exists for investment and growth in the sector. Automotive components, in that they are intermediate products, are also suited to become part of global and regional value chains.

At present Africa is largely dependent on the rest of the world for automotive component imports, with the exception of the contribution of South Africa. In order to reduce dependence, deepen industrialisation and enable technology and skills transfer, Africa needs a continent-wide industrial policy logic for the automotive sector. This policy will include protection, investment and incentive provisions, but it must also feature an intelligent mechanism for identifying and allocating regional value chains among countries. This mechanism must not just be based on the desire to distribute industry evenly across members but must be based on the actual and potential industrial and market strengths of member nations.

Regional value chains in Africa have been suggested as one of the means by which the continent could develop a viable automotive industry. This is due to their ability to found industries large enough to attain economies of scale (EOS) required to compete at global unit cost benchmarks. Markowitz & Black (2019)[1] have approached the issue of automotive value chains in Africa by doing a situational analysis and then a comparative analysis against the Association of Southeast Asian Nations (ASEAN), India and the South American Mercado Común del Sur (Mercosur). They conclude that there are three essential prerequisites for the establishment of a network of regional value chains in the automotive industry:

South Africa’s supportive automotive industrial policy has over many decades contributed to the current success of the industry. Within SACU, the BLNS countries already participate to varying degrees in value chains with South Africa as a hub. At a super-regional level and with countries that don’t have the historical trade ties with South Africa that the BLNS countries do, the interactions become more complex and a regional policy will be required. South Africa is the only true exporter of automotive components into Africa and this entrenched market dominance will make it difficult for smaller neighbours to sustain their own industries in the absence of tariff protection. However, a regional policy that takes these factors into consideration creates a logic for the regional distribution of components of the value chain and allows for phasing-out of tariff and NTBs could be practicable.

In fact, two such regional policies are currently under development in Africa. With respect to the Tripartite Free Trade Area (TFTA), a concept note has been prepared for a regional SACU-EAC motor vehicle strategy[2]. This note outlines how the automotive industries in the SACU and the EAC would be integrated through value chains. As it stands, the SADC’s industrialisation strategy identifies the automotive sector as one of six key clusters for value chain development, along with agro-processing, minerals and beneficiation, pharmaceuticals, consumer goods and modern services[3].

In addition, in May 2019, the Economic Community of West African States (ECOWAS) executive met to consider a regional automotive policy – named the Automotive Industry Policy Framework (AIPF) and based on the Nigerian NAIDP[4]. The purpose of the policy is to reduce dependence of the region on outside imports, preserve foreign exchange and develop industry and skills. The policy would retain high tariffs on FBUs but have lower tariffs on completely knocked down (CKD) or semi-knocked down (SDK) kits. It would also offer incentives in the form of various tax breaks to component manufacturers.

Of course such regional policies are not a simple matter to either design or implement, but something similar to this has worked for ASEAN – the ASEAN Industrial Corporation[5] (AICO). The AICO incentivises complementary production between enterprises in two different countries, i.e. it directly encourages the establishment of regional value chains. However, the question is raised as to how to allocate production across the members of a REC or even at continental level. A forthcoming tralac working paper proposes a data-driven analysis intended to help identify how value chains could be developed across African countries, according to their already revealed comparative advantage[6].

Early trade theory was based on Ricardo’s Law of Comparative Advantage, which predicts that each nation will specialise in the product/s for which they have a relative, if not an absolute advantage. Thus specialities are determined not by looking inward but by looking outward with reference to the inward, to the world of trading countries and their industries. Value chain analysis recognises that a nation may achieve optimal specialisation not by producing finished products but by participating in a chain of shared production with other nations. Rather than simply cherry-picking a role in the value chain, each nation should look to their strengths or at least relative strengths.

Comparative advantage can explain much of the observed reality in existing trade patterns and in value chain configuration. For example, South Africa’s primary automotive component export is catalytic converters, a component that has an essential input – platinum group metals (PGMs). South Africa is the leading producer of PGMs by some margin, which explains its success as an exporter of catalytic converters. In like manner, other African nations could build on their relative strengths to appropriate places for themselves in the value chain.

By what method should country value chain specialities be determined? The previously cited forthcoming tralac working paper uses a technique based on UNCTAD’s revealed comparative advantage (RCA) index, which calculates a value for each country for each main export product group. The RCA measures the extent to which a certain country’s relative exports of a product, exceed the world aggregate. Using this data it is possible to propose specific industrial sectors in which a particular country could potentially establish itself in the value chain.

For example, given their revealed comparative advantage in related sectors, the following nations could participate in value chains in a proximate transport-related industrial sector, using existing industrial know-how:

Likewise the following countries could participate in value chains in the indicated sectors:

These are some examples of the outcomes developed in the forthcoming paper and this is not an exhaustive list. In addition, other factors would also play an important role in value chain selection, such as quality of infrastructure, availability of skilled personnel and proximity to other countries either forward or backward linked in the chain.

The extension of the automotive components industry to additional African countries depends on the regional distribution of production via the development of regional value chains, since industry scale is a significant determinant of success in this sector (although less so than with vehicle production and assembly). Specialisation can overcome problems of scale economies, although intra-African transport infrastructure and border friction issues must also be overcome. So too must the issue of intra-African liberalisation, which is the goal of the AfCFTA. One component of a possible future AfCFTA automotive industry policy would be to establish a mechanism for identifying the potential for regional value chains among its members. Current tralac formal research proposes one such approach, using a ranking and cross-referencing of the revealed comparative advantage of Africa’s exporters to determine viable value chains.

Regional value chains in the automotive component sector are indeed viable in Africa, but require a coordinated, continent-wide approach that takes into account existing and potential strengths and also addresses issues of equity and barriers to trade.

[1] Markowitz, C. and A. Black. 2019. The prospects for regional value chains in the automotive sector in Southern Africa. In Scholvin, S., Black, A., Revilla Diez, J. and I. Turok (eds.). Value chains in Sub-Saharan Africa: challenges of integration into the global economy. Geneva: Springer 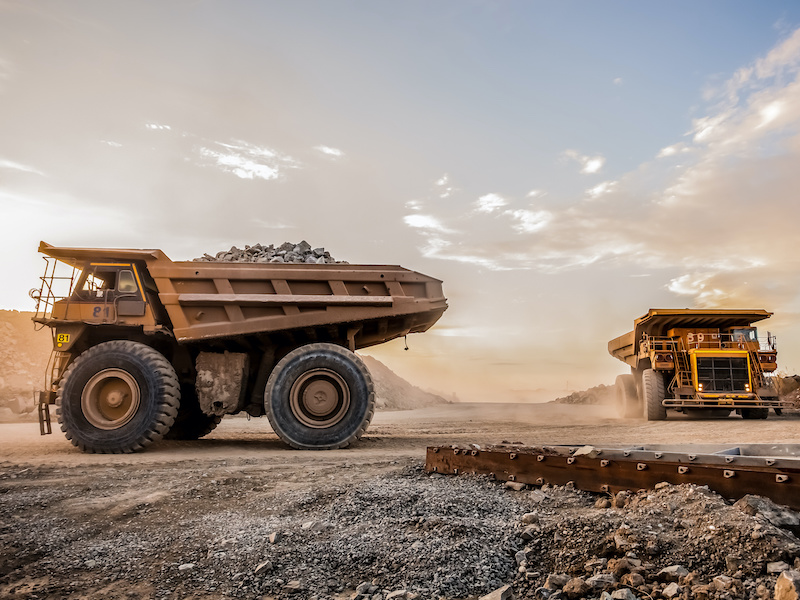 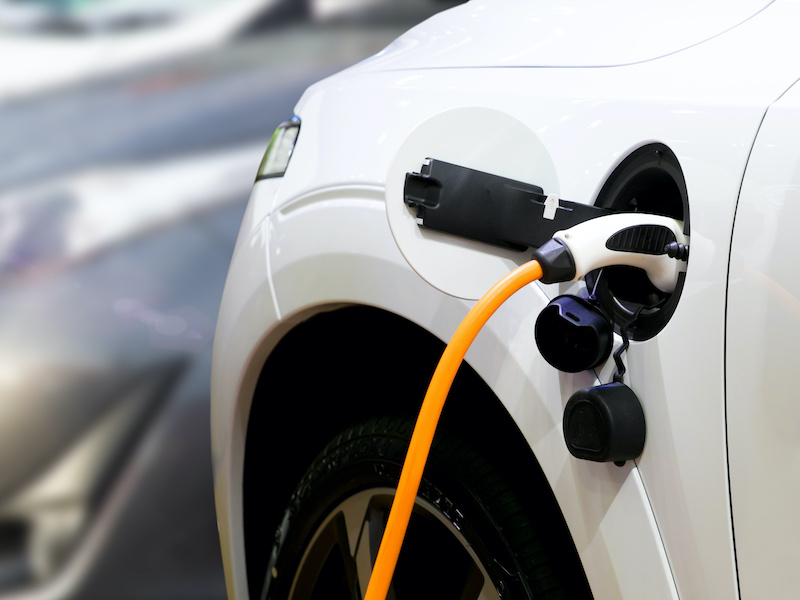 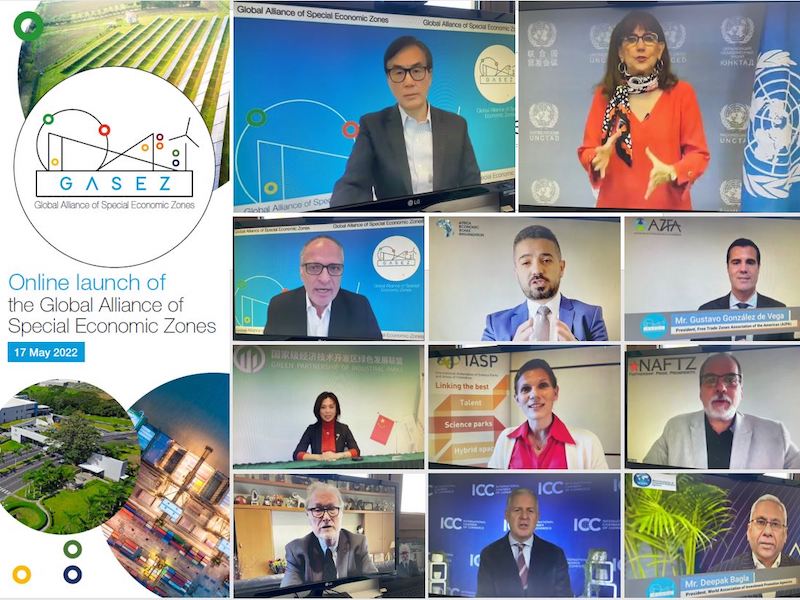