Gender Provisions in African Trade Agreements: An Assessment of the Commitments for Reconciling Women’s Empowerment and Global Trade

Gender Provisions in African Trade Agreements: An Assessment of the Commitments for Reconciling Women’s Empowerment and Global Trade

Since the early stage of trade integration within the African continent, women's interests have been on the agenda, at least that is what the agreements reveal. Indeed, including specific provisions on gender is a well-established practice in the African trade and integration agreements, the first being adopted in 1983 in the treaty establishing the Economic Community of Central African States (ECCAS). Since then, most integration agreements contain gender provisions, with some having an entire chapter devoted to women. In addition, several trade agreements between African states and the European Union (EU) or the United Kingdom (UK) also include provisions to address the specific needs of women. More recently, four provisions explicitly addressing gender issues or supporting women’s empowerment have been negotiated within the African Continental Free Trade Area (AfCFTA) normative framework. In fact, gender equality is at the core of the AfCFTA’s objectives, reinforcing the premise that global trade needs the full participation of women to be successful.

Empirical research based on 62 African trade agreements reveals 54 gender-related provisions in 20 different trade agreements concluded by at least one African state. The content of these provisions ranges from a mere mention of gender issues in areas of cooperation to mandatory measures to support women’s empowerment, with accountability mechanisms to ensure their full implementation. Therefore, some provisions may better protect women's interests and ensure that they are not left behind in the trade liberalisation process.

This working paper examines the extent to which African states are committed to supporting women’s empowerment in trade agreements. Five levels of commitment are identified based on the location, the degree of precision, and the bindingness of the gender-related provisions. As a result, about a third of the gender provisions reviewed indicate a relatively high degree of commitment to supporting women's empowerment through trade liberalisation, and more often, state parties limit their commitment to cooperation without enforceability. The working paper also reveals that regional economic community’s (RECs) agreements are more gender-responsive than agreements concluded with countries outside the African continent and highlight the essential components a gender-related provision must feature to be effective. 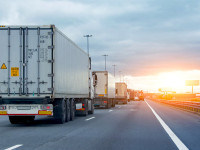 Customs border management through the Authorised Economic Operator (AEO) concept: What are the issues and the way forward?