From Telephones to Smartphones – A look at the Harmonized System: Case study of the Samsung Case

From Telephones to Smartphones – A look at the Harmonized System: Case study of the Samsung Case

The seventh edition of the ‘Harmonized Commodity Description and Coding System’ of the World Customs Organisation (WCO) becomes operational on 1 January 2022. Since its inception in 1988, the ‘new’ HS has been revised every five years, with the latest edition, HS 2022, being approved by the WCO Council at the end of June 2019. It stands to the credit of the HS, given its extensive scope and application, that courts and tribunals are not overwhelmed by classification disputes.

The HS is best described by examples. In mid-2017, Samsung South Africa applied to the Commissioner of the South African Revenue Service for a tariff determination for its Samsung Galaxy S7 ‘multi-functional device’. Two HS codes (or ‘tariff headings’ for customs purposes) were involved. Following interactions between Samsung and the Commissioner, the Galaxy S7 was recognised as a ‘smart device’ classifiable under subheading 8517.62.90 (‘Machines for the reception, conversion and transmission or regeneration of voice, images or other data, including switching and routing apparatus – Other’). However, after notifying Samsung in November 2017, the Commissioner withdrew the determination and replaced it with a classification under subheading 8517.12.10 (‘Telephone sets, including telephones for cellular networks or for other wireless networks … Designed for use when carried in the hand or on the person’). This reclassification led to Samsung’s appeal to the High Court.

The Court followed a trodden path in identifying the proper classification, turning ultimately to the HS headings and subheadings. The basic question was whether the Samsung Galaxy S7 was a ‘telephone’ as maintained by the Commissioner or the ‘machine’ (or ‘apparatus’) Samsung claimed it to be. The Court was finally not convinced that the functions of the Galaxy S7 ‘straddle between tariff heading 8517.1 (‘Telephone sets, including telephones for cellular networks or for other wireless networks’) and tariff heading 8517.6’ (Other apparatus for transmission or reception of voice, images or other data, including apparatus for communication in a wired or wireless network (such as a local or wide area network). In future, therefore, the ever-present smartphone will have its own dedicated six-digit tariff heading, 8517.13.

From Telephones to Smartphones – A look at the Harmonized System: Case study of the Samsung Case - Author(s): Dawid van Wyk 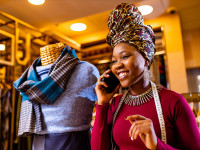 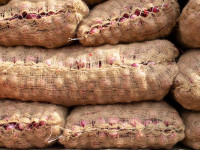 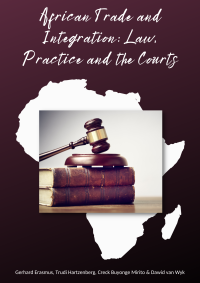 African Trade and Integration: Law, Practice and the Courts