The dark side of globalization: Fighting illicit trade to safeguard integrity across economies, markets, and supply chains

The dark side of globalization: Fighting illicit trade to safeguard integrity across economies, markets, and supply chains

Remarks by David M. Luna, Senior Director for National Security and Diplomacy Anti-Crime Programs, Bureau of International Narcotics and Law Enforcement Affairs, at a Working Session at the WTO Public Forum 2015 in Geneva

It is an honor to participate at this year’s Public Forum (“Trade Works”) under the auspices and leadership of the World Trade Organization (WTO). I would also like to thank the Government of Colombia for hosting our panel discussion this morning on how illicit trafficking globally harms international trade.

But first, I would like to congratulate the WTO for celebrating its 20th anniversary in 2015 and for its commitment over the years in helping to build and strengthen the rules-based global trading system. I very much agree that global trade has helped to boost growth markets, lift people out of poverty, increase access to goods and medicines, and in many ways, helped to promote “cultures of integrity” across economies, markets, and supply chains.

In that regard, I also want to congratulate the WTO and its members for the historic accomplishment of concluding the Trade Facilitation Agreement. And, like others have already done, I would urge all WTO Members to ratify the TFA as soon as possible. One of the reasons the TFA is so important is its recognition of the critical importance of risk management, of prioritizing and facilitating the flow of legitimate trade – the vast majority of trade. This has the critical effect of helping to focus scarce customs resources on detecting and stopping illicit trade. In a globalized world, where criminals are well-networked and organized, we should be too. Ensuring that we have the tools to counter such activities is more important than ever.

In too many places around the world, including in developing countries, criminals have built great empires on dirty money and laundered funds to infiltrate and corrupt government institutions. In this shadowy, illegal economy traffickers and narcotics kingpins act as CEOs and venture capitalists while they build their empires of destruction, jeopardizing public health, emaciating communities’ human capital, eroding our collective security, and destabilizing fragile governments.

Just to give you a snapshot of the breadth and scale of these illicit markets, various international organizations estimate the illegal economy accounts for 8 to 15 percent of world GDP, and in many developing countries, it may account for higher percentages in their economies. The WTO estimates that the value of counterfeit and pirated goods alone is equivalent to some 7% of the world’s merchandise.

This darker side of global trade is thriving with hundreds of billions of dollars in illicit commerce that includes trafficking in narcotics, persons, endangered wildlife, illegally-logged timber, counterfeit consumer goods and medications, hazardous and toxic waste, stolen antiquities and art, illicitly-traded cigarettes, and other illicitly-traded goods and commodities.

Simply put, illicit trade is an obstacle to shared prosperity, by breeding corruption and siphoning capital and human resources away from productive economic activity.

As societies grapple with insecurity and instability, illicit trafficking and corruption further decay any remaining sustainable pillars for development when governments cannot afford to provide vital public security and law enforcement because revenue streams from legitimate commerce are being siphoned away by corrupt officials, smugglers, and criminals.

Countries are also losing their human capital and economic potential when young men, women, and children are kidnapped, trafficked, exploited, or even murdered by a web of criminality and corruption.

Thus, the societal harms and impacts posed by illicit trafficking are very real.

Corruption helps to fuel this and enriches not only those bad actors and illicit networks behind today’s illegal economy but also enables corrupt police, customs, judicial, and other security officials who protect criminals and allow them to carry out their illicit trade.

I would also note that corruption contributes to slower growth, reduced foreign investment, and lower profits.

The OECD Task Force on Charting Illicit Trade, which I chair, is working on advancing international public-private partnerships and regional dialogues that help inform communities on the harms and impact of illicit trade. In joining this week’s Public Forum discussion in Geneva, I firmly believe that when the OECD, WTO, APEC, ASEAN, the United Nations, Interpol, leadings NGOs, and many other partners join forces, we can make a significant difference through collective action. Together, we can help impacted communities to combat the dark side of global trade and related corruption and money laundering.

We must continue to strengthen cross-border cooperation to tackle illicit trade and increasingly inter-connected global challenges, and help communities to fully seize the benefits of open trade to achieve great sustainable development and security. Of course, such cooperation should not impede the rules of the global trading system, but rather be consistent with them.

Pursuant to the questions posed to this panel, and in terms of pragmatic ideas and ways that we can devise strategies to confront these menaces. Coordinating international expertise in the quantification and mapping of illicit markets is a first step. This will enable a fuller understanding of the connections between different forms of trafficking. Concurrently, we need to support the experts in their analyses public policies that successfully increase economic and societal resilience to this threat. Then, we need to isolate elements of successful polices that can be disseminated to share with and emulated by other communities.

Moreover, to mitigate this global risk, public and private sector decision makers need a firmer grasp on the magnitude and nature of its impacts on economic activities, and a clearer understanding of the conditions that enable it. This can help to inform effective policy strategies and operational partnerships between the public and private sectors. The OECD TF-CIT will soon release a state-of-play report on the some of the global scale and impacts of illicit trade.

Truly, the illegal economy poses an existential threat when it begins to create criminalized markets and captured states, which launches a downward, entropic spiral towards greater insecurity and instability.

The United States will continue to enhance international cooperation with key partners to combat the lethal nexus of organized crime, illicit trade, corruption, and money-laundering, and to protect communities from the violence, harm, and exploitation wrought by transnational threat networks. We will do this by enhancing our efforts to: break their corruptive power; attack their financial underpinnings; follow the money and strip them of their illicit wealth; and severe their access to the financial system.

At a time when global risks are growing and converging, the international community must come together and build our own “network of networks” to better understand the current and future turbulences of our world, and to coordinate responses and action.

Global trade, foreign investment, and economic development do create wealth and prosperity and finance economic freedoms around the world.

We must be vigilant, however, to secure these gains of globalization. Efforts to combat illicit activity should not create new barriers to legitimate trade. We must continue to shut down the illegal economy and criminalized markets, put criminal entrepreneurs and illicit networks out of business, and facilitate legitimate trade and enhance integrity across economies, markets, and supply chains.

That is why the WTO Trade Facilitation Agreement is so important. The TFA contains provisions for expediting the movement, release and clearance of goods, including goods in transit. It also sets out measures for effective cooperation between customs and other appropriate authorities on trade facilitation and customs compliance issues. It further contains provisions for technical assistance and capacity building in this area.

Beyond ratifying and implementing the TFA, countries should look to adopt international standards, best practices, and norms on criminalization, including those contained in the Financial Action Task Force (FATF) recommendations to combat money laundering and terrorist financing, and the UN Conventions against Transnational Organized Crime (UNTOC) and against Corruption (UNCAC) to reduce barriers to trade. As noted earlier, because criminals re-invest their illicit profits into other forms of organized crime and in the real economy, combating money laundering, and tracking and confiscating illicit funds are critical.

In closing, illicit trade harms the global trading system that the WTO and its members have worked so tirelessly to build.

If we do not work together, we will collectively destroy our chances of achieving a sustainable future for our children and grandchildren, lifting even more people out of poverty, and helping communities create a better world.

If we do, we can advance trade security as a powerful instrument to more smartly achieve these noble goals. 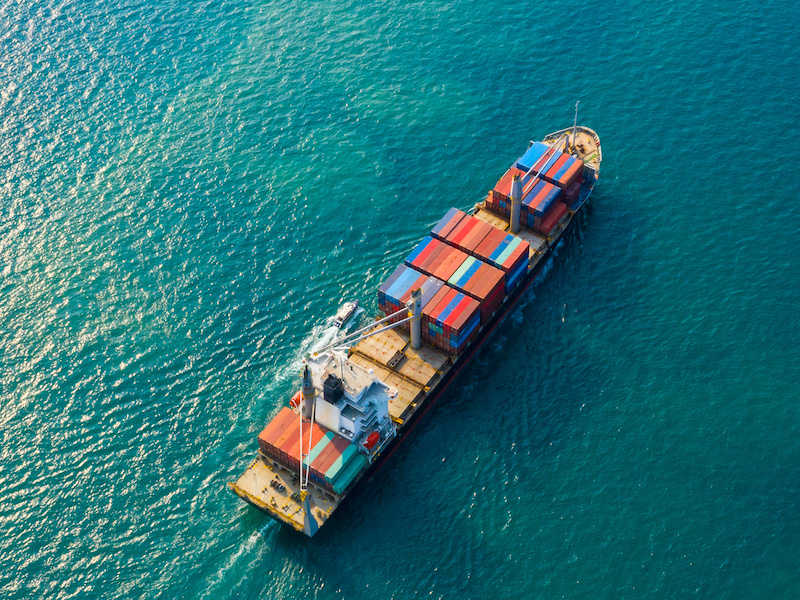