South African private sector activity expanded again in February but at a slightly slower pace than the previous month, with new orders remaining flat while optimism was lifted by Covid-19 vaccine rollouts, a survey showed on Wednesday.

In the pursuit for excellence, organisations in the tourism sector are constantly exploring new ways to work better and smarter. Sharing of best practice is a benchmarking mechanism which is at the forefront of many organisational strategies. Aligned to this, the Department of Tourism on Tuesday hosted its 8th Sharing of Best Practices Workshop virtually with countries it has MOUs and Bilateral Agreements with. The workshop was held under the theme: “Tourism Recovery post COVID-19 – a country perspective”.

South Africa’s move to increase electricity generation capacity provided a “unique opportunity” for the development of new industries, Mineral Resources and Energy Minister Gwede Mantashe said this week. Addressing delegates virtually during Canada’s annual Prospectors and Developers Association Convention, Mantashe highlighted that South Africa’s Economic Reconstruction and Recovery Plan, developed in response to the Covid-19 pandemic, emphasised the importance of addressing the country’s long-standing electricity supply deficit so as to use energy as a “catalyst for economic growth”.

Trade and development experts have detailed the key role the Democratic Republic of Congo (DRC) can play in providing mineral resources for industrial and manufacturing value chains, supporting agricultural and agroprocessing value chains and serving as an epicentre for intra-African trade to drive development on the continent.

DRC's President Félix Tshisekedi, who will be serving as chairman of the African Union for one year, has outlined an ambitious agenda for this year. His top priorities include Covid-19, security and the economy. President Félix Tshisekedi took over the chairmanship of the African Union (AU) in an unusual context, to say the least. Due to the ongoing pandemic, he was the only head of state to travel to Addis Ababa on 6 February for the virtual summit.

The government will prioritize export of agricultural products under the African Continental Free Trade Area strategy to create additional markets for small-scale farmers.  Addressing the press in Naivasha during the ongoing validation workshop for the AfCFTA strategy, Industrialization and Trade Chief Administrative Secretary David Osiany said the government is planning a national wide sensitization meeting for small scale farmers on the opportunities in the African market.

Nigeria has been advised to transit from resource-based economy to one driven by value-addition and processing in other to benefit from the recently signed African Continental Free Trade Agreement (AfCFTA). This was emphasised by stakeholders at an interactive session of the Nigeria Association of Agricultural Journalists (NAAJ).

The International Chamber of Commerce (ICC) in partnership with West Blue Consulting, United Parcel Services (UPS), Trade Law Center (TRALAC) have officially launched the eTradeHubs portal. The eTradeHubs portal www.etradehubs.com is a one-stop for Trade Tools, information & collaboration aimed at reducing the time and cost of doing business by supporting businesses at all levels of maturity. The portal which was virtually launched last week Thursday has features such as a multi country Tariff and Trade Information Tool and a Duty Calculator.

The Union of African Shippers’ Councils (UASC) is seeking a stronger partnership with the African Continental Free Trade Area (AfCFTA) Secretariat to help boost intra-African trade. As part of the move to deepen the collaboration, an eight-member UASC delegation is in Accra on a five-day working visit to engage officials of the secretariat to help maximise gains from the initiative. The delegation is made up of representatives from Angola, Senegal, Cameroon, Togo, Nigeria, Ghana, Benin and Congo.

The Executive Director of the Africa Centre for International Trade and Development, Isaac Hubert Arthur is concerned that the continental Free Trade Agreement may lose its impact if countries sign a unilateral deal with other countries outside the continent.

The Ministry of Trade and Industrialization now says that exports among East African countries has dropped significantly as member countries embark on addressing the needs of their consumers. This emerged on Monday during a validation workshop for the African Continental Free Trade Area (AfCFTA) which is a flagship project of the African Union’s Agenda 2063.

The Economic Commission for Africa has launched the 'Building Forward for an African Green Recovery' report, which highlights the continent’s bold post-Covid-19 pandemic recovery strategy. The report seeks to bolster the continent’s quest for the realisation of the Sustainable Development Goals, the attainment of the Paris Agreement’s climate change targets and the achievement of the prosperity objectives articulated in Africa’s Agenda 2063.

These 3 Cs can increase food insecurity in Africa, warn experts (Down to Earth Magazine)

There will be chronic hunger in the next 10 years if timely action is not taken, an expert said Climate Change, conflicts and the novel coronavirus disease (COVID-19) — the ‘Triple C’ — will impact Africa's food security, increase malnutrition and restrict development in the long run, alerted panelists at a virtual discussion on extreme weather and natural disasters.

The African Export-Import Bank (AfreximBank) has reaffirmed its readiness to support factoring as a viable alternative source of trade financing for small and medium enterprises (SMEs) in Africa.It said, “given that access to finance remains a key constraint to operations of SMEs in Africa, availability of sustainable trade finance is essential to propel the African Continental Free Trade Area (AfCFTA).”

Despite the global economic slowdown caused by COVID-19, the case for investing in Africa is stronger than ever. Africa will remain a competitive investment destination for decades to come because of its improving relative risk profiles, regional integration and strong economic fundamentals. However, many challenges remain for local founders despite the record-breaking fundraising year African startups had in 2019. This is especially the case when it comes to women-led companies.

The Board of Directors of the African Development Bank has awarded a grant of $320, 535 to the West African Monetary Agency to mainstream gender in ECOWAS' core digital financial services (DFS) regulatory frameworks. The funds will support a gender gap analysis of several WAMA strategies including those for financial inclusion; gender disaggregation data analytics; digital payment services and infrastructure; and digital identity.

The UN Conference on Trade and Development (UNCTAD) has released a research paper that examines the linkages between non-tariff measures (NTMs) and the SDGs. The paper aims to encourage policymakers to consider the implications of NTMs for their economies and for others.

The US Commerce Department on Tuesday issued final anti-dumping duties on common alloy aluminum sheet from 18 countries investigated, including up to 242.8% on imports from Germany and 4.83% on imports from Bahrain. The duties were announced just hours after Rhode Island Governor Gina Raimondo won confirmation as the new US Commerce Secretary in an 84-15 US Senate vote. 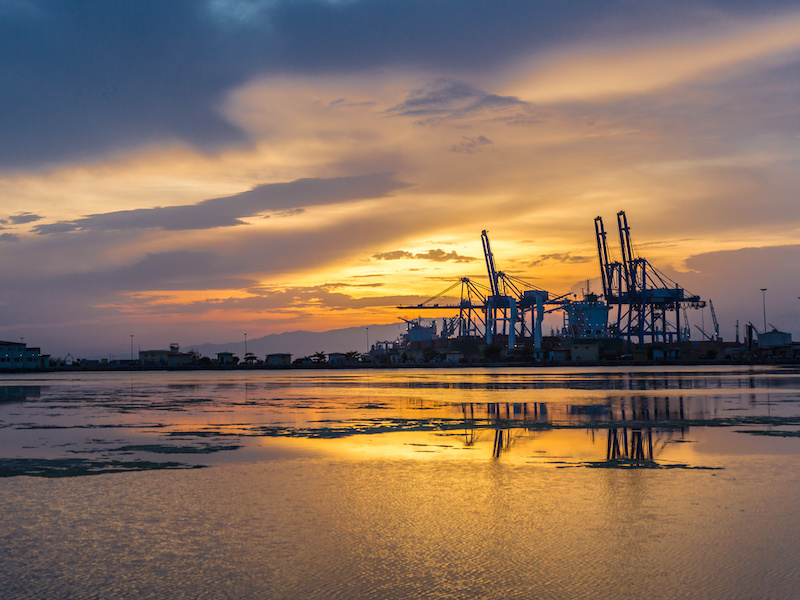