World merchandise trade growth is likely to remain weak in early 2020, according to the WTO Goods Trade Barometer (pdf) released today. The real-time measure of trade trends now reads 95.5 — less than the 96.6 recorded last November and well below the index’s baseline value of 100. The drop in the barometer since November has been driven by additional declines in indices for container shipping (94.8) and agricultural raw materials (90.9), as well as the plateauing of the automotive products index (100.0). Although indices for export orders (98.5), air freight (94.6) and electronic components (92.8) are all below baseline, they appear to have stabilized and would normally be expected to rise in the coming months. However, every component of the Goods Trade Barometer will be influenced by the economic impact of COVID-19 and the effectiveness of efforts to treat and contain the disease.

Barbadian Ambassador to Geneva, Chad Blackman wants WTO members to push for a new deal on the aid for trade (AfT) programme. This comes as the body moved closer to finalizing the new AfT work programme for 2020-2021 at a meeting of the Committee on Trade and Development dedicated to AfT on 11 February 2020. Delegations also discussed at a workshop how Aid for Trade can help support rural economic transformation. Blackman invited delegations to help finalize the biennial work plan, with the objective of agreeing to it ahead of the General Council’s next meeting on 3 March. Several WTO members reported on their AfT activities. [Ambassador Amina Mohamed: Why trade in services matters for development and inclusiveness in Africa]

The Fifth Steering Committee Meeting of the African Trade Policy Centre under its third 2016-2020 programme cycle will be hosted by the EAC Secretariat in Arusha later this week (19-20 February). The first day of the meeting will review ATPC programme results and financial reports for 2019, and take stock of the evaluation of Phase I of the EU Project on “Deepening Africa’s Trade Integration through Effective Implementation of the AfCFTA”, which successfully concluded in December 2019, and is to be followed by a new and even more ambitious second phase. The main highlights of the second day of the meeting include presentations on ATPC’s 2020 work programme and budget, along with two special sessions which will (1) introduce ATPC’s new industrialization cluster which is focused on upgrading and transforming Africa’s trade and regional value chains, and (2) future collaborative work with the EAC. The meeting will wrap up with a presentation of the envisaged collaboration with Global Affairs Canada under the upcoming 4th cycle of programme support for the period 2021-2025.

A high-level delegation from the African Organization for Standardization, which has 37 members, reviewed the UAE Halal system, which was launched by the Emirates Authority for Standardization and Metrology “ESMA”, and achieved a global spread in the past five years. The African continent will hold a set of normative comparisons during the coming period, after the good reputation of the UAE Halal system led them to attend the activities of the global Halal industry platform as a guest of honor, to listen closely to all the technical and operational details. The ARSO delegation, at the end of the activities of the 5th session of the global halal industry platform, expressed their happiness to get to know, and listen to important national experiences such as the Saudi Halal system, and other experiences that have proven successful In dealing with the UAE halal system. [Gulf economies to take coronavirus exports hit says S&P]

After reaching a record level of $10.6bn in 2018, South Africa’s agricultural exports fell by 8% year-on-year (y/y) in 2019 to $9.8bn. This, however, was unsurprising as agricultural production data for 2019 showed a notable decline in a number of exportable commodities because of the drought. The temporary ban on exports of livestock products and wool in 2019, following the outbreak of foot-and-mouth disease at the start of the year, also contributed to the decline in exports. Be that as it may, the top exportable agricultural products for 2019 included citrus, wine, grapes, apples and pears, sugar, macadamia nuts, wool and maize.

ECOWAS ministerial meeting on the closure of Nigeria’s land borders to goods: update

A high level ministerial meeting was held on Saturday in Ouagadougou, Burkina Faso, attended by ministers responsible for ECOWAS Affairs, Finance and Trade from Benin, Burkina Faso, Côte d’Ivoire, Ghana, Niger, Nigeria and Togo. They met to assess the situation of the closure of land borders of Nigeria to goods, pursue the overall objective to reach an acceptable solution by all parties and propose actions for the rapid reopening of the land borders of Nigeria for the free movement of goods. General Salou Djibo, Chairman of the Task Force on the Free Movement of Persons and Goods stressed that the meeting which is to assess the situation of the closure of Nigeria’s land borders to goods and arrive at a solution. After deliberations, the Ministers arrived at some recommendations, which they presented to the Champion of Free Movement of ECOWAS, H.E. Roch Marc Christian Kabore at the Presidency in Ouagadougou.

Countries in the region are discussing the adoption of stringent traceability mechanisms for the gold industry to stamp out rampant smuggling across East and Central Africa to overseas buyers particularly in Asia. Mining officials from the International Conference of the Great Lakes Region countries are in negotiations and are meeting next month to discuss the body’s Artisanal and Small-Scale Gold Strategy, which calls for harmonisation of gold export procedures including taxation and traceability and certification. The ICGLR wants its member countries to adopt the strategy by mid-this year. “It is disheartening to see so much gold being smuggled from the DR Congo through its neighbouring countries. While much attention over the past 10 years has focused on implementing traceability for tin, tungsten and tantalum (Three Ts), little has been done in terms of monitoring the flow of gold in the region,” Ambeyi Ligabo, director of Democracy and Good Governance at ICGLR told The EastAfrican. “We have agreed that it is crucial to implement the ICGLR guidelines on gold trade because the region’s image has been smeared by smuggling. We hope they speed up the process so these guidelines are affected by March this year,” said Mr Ligabo.

Decade of African Women’s Financial and Economic Inclusion: update from the AU Summit

The Status of Gender and Development in Africa Report, presented to the Assembly of Heads of States and Government by Nana Akufo-Addo, the President of the Republic of Ghana and the African Union Leader on Gender and Development Issues in Africa, shows that the continent has made considerable progress in implementing commitments towards gender equality and women’s empowerment. African Union member states such as Rwanda, Namibia, South Africa and Senegal, are among the top ten countries in the world with the highest level of women representation in their Parliaments. Others, such as Ethiopia have, for the first time, achieved a parity government, with women in its cabinet. Sixteen member states have surpassed the 30% threshold of women’s representation in national parliaments, with significant progress having been made in advancing women’s participation in holding elective offices and in positions of leadership. Further, Ghana, Madagascar, Mozambique, Burkina’s Faso, Ethiopia, Liberia and Mali, have reduced appreciably the gender gap in terms of access and attainment of education. Despite these laudable achievements, the President of Ghana however noted that the continent still needs to do more and urges the leaders to place more emphasis and efforts towards achieving gender equality in all spheres of life.

Africa’s first International Textile Machinery Exhibition (ITME Africa 2020) held in Addis Ababa (14-16 February), was organized by the India International Textile Machinery Exhibitions Society (India ITME Society) in partnership with the Ethiopian Chamber of Commerce & Sectoral Associations. More than 180 exhibitors from 14 countries participated in the event, with country pavilions from India, Italy, Switzerland and Turkey showcasing state-of-the-art technologies in the textiles sector. “The inauguration of ITME Africa 2020 marks a remarkable stage in the relationship between two major poles of growth – the African continent and India,” Ms. Tembo said. “Over the past two decades, trade between India and the African continent has increased more than eight-fold.” Mr. S. Hari Shankar, Chairman, India ITME Society, said Africa’s growing importance as a sourcing destination for textiles could not be disputed: “The continent affords abundant opportunities to the international textiles market, and we hope that this event will catalyze business partnerships that will further develop the textiles value chain across Africa.” [Downloads: ITME press releases] 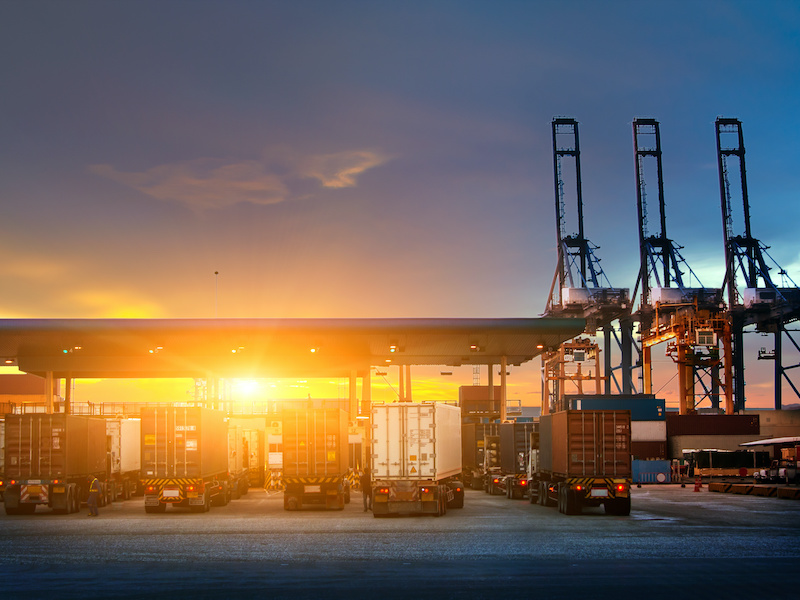