(i)  Perspectives quoted in a New Times article from the conference:   Abdoulie Janneh (Executive Director of the Mo Ibrahim Foundation): “A big country like Nigeria which is such a big proportion of Africa, if they are not part of this it certainly reduces the impact of what we are supposed to do. Let’s push and encourage Nigeria.”  General Olusegun Obasanjo (Chairperson of the CoDA Board of Directors): “The economic welfare of our people in Africa and the clear benefits of the AfCFTA, when it is fully implemented, to this effect cannot be overemphasised. That is why this issue should be a matter of great concern to all who desire a strong, safer, secure and progressive Africa.”

(ii)  Perspective quoted in Daily Post article. General Olusegun Obasanjo: “It is nobody’s fault if your country cannot resolve its domestic problem. If you (Nigeria) is not signing the agreement, it is unfortunate. AfCFTA will go on without Nigeria. You will recall that this is the first time, since 1976, that Nigeria is not at the table of a major continental process. Nigeria should settle its problem at home and not bring it to the AU."

A week-long meeting of the EAC Sectoral Council on Trade, Industry, Finance and Investment began yesterday in Arusha: a brief overview of agenda items

The road to the Niamey Summit:  dates to diarise

4-5 July:  35th Ordinary Session of the Executive Council, in Niamey

7 July:  Extraordinary session of the Assembly of the Union on the AfCFTA

8 July: First mid-year coordination meeting of the AU and the RECs

(i )  Today marks the 44th anniversary of ECOWAS: message by President of the ECOWAS Commission, Mr Jean-Claude Kassi Brou. The Economic Community of West African States was established on 28 May 1975 in Lagos upon the signing of the Founding Treaty by the Heads of State and Government. This was the outcome of several years of consultations by the pioneers, which culminated in the launch of our regional community. While the original objectives were essentially economic, the revision of the Treaty on 24 July 1993 enhanced ECOWAS’ role, particularly with regard to political, peace and security cooperation in our region.

On the economic front, growth continues to improve with growth rates above 6% in several countries in 2018. Agricultural and industrial production continues to be boosted. Similarly, our various social programmes in education and health, particularly with the West African Health Organization, are being implemented in the different countries, alongside paying due attention to gender issues. Furthermore, while we recognise that the construction of our common market will require the roll-out of major cross-border infrastructure, we have remained committed to the ongoing Abidjan-Lagos and the Praia-Dakar-Abidjan corridor projects, and enhancing energy- generation capacity. In the same vein, we are striving to create an enabling regional framework for economic development and investment, through the Macroeconomic Stability and Convergence Pact, implementation of the recently adopted Regional Investment Code, and very soon through the Regional Mining Code and the establishment of the Regional Competition Authority.

However, despite these achievements, we are currently facing serious challenges that pose a major threat to the attainment of our integration agenda. In that respect, the most pressing challenge is certainly security. Another major challenge we have is to build our common market. We have certainly made clear progress in the free movement of persons and goods, particularly with visa-free travel to Member States for Community citizens. Unfortunately, obstacles and barriers remain, hampering trade and slowing down wealth and job creation. We must fight against all illegal obstacles and make our Community a true common market. The imminent entry into force of the AfCFTA will also offer new opportunities to economic operators in the region.

(ii)  ECOWAS to launch Regional Competition Authority (31 May, Banjul).  The ECOWAS Regional Competition Authority (ERCA) is established to implement the Regional Competition Rules adopted by the ECOWAS Authority in 2008. In recognition of its strategic importance to the regional integration efforts, beginning from 28 May 2019, a technical committee meeting of national experts from the Trade and Competition Agencies will precede the launch, offering all stakeholders the opportunity to chart a course for the operations of ERCA and also discuss the unique market structure of the ECOWAS regional market. ERCA Executive Director, Mrs Henrietta Uzoamaka Didigu, said ahead of the launch: [A profile of Mrs Henrietta Uzoamaka Didigu]

(iii)  ECOWAS moves to increase participation of women in peace and political processes.  ECOWAS’ maiden Annual Policy Dialogue on Women Participation in Peace and Political Processes ended on 24 May in Abuja.  The meeting, comprised of representatives of civil society organizations and regional institutions responsible for women rights and welfare,  developed a methodology for the collection and reporting of gender disaggregated data, gender mainstreaming parameters and a checklist on women participation in ECOWAS political processes and interventions.  In addition a draft template for an integrated database of women stakeholders in the region was developed to promote partnerships and synergies which will produce concerted efforts and results that are required to transform conflict prevention and peace-making in ECOWAS.

(iv) COMESA, UNCTAD to establish regional trade information portals. Under the Agreement, COMESA delegates to UNCTAD the design and development of national and regional Trade Information Portals (TIPs) and the Customs Automation Regional Centre (CARC). The two will be funded by the 11th European Development Fund Trade Facilitation Programme. The TIPs will facilitate easy access to essential trade information in one platform while the CARC will support technical and functional training on the Automated System for Customs Data (ASYCUDA) World Platform thereby improving skills to develop and use applications. UNCTAD's Dr Kituyi said the engine of regional integration and the deepening integration through trade is largely dependent on the success of COMESA as the regional organization with the largest member states and a very substantial component of the African economy.

(v) Joint meeting of SADC Ministers of Energy, Water (24 May, Windhoek). Extract from the statement (pdf): Ministers noted progress made in the amendment of the Protocol on Energy of 1996 and approved the Roadmap to finalize the review and amendment of the Protocol, and urged Member States who have not yet acceded to the Protocol to do so. Ministers urged Member States to commit to the Regional Priority Power Projects aimed at enhancing security of energy supply and directed the Secretariat to present a comprehensive report on energy projects that are under preparation and development by regional project preparation facilities. Ministers directed the Secretariat, assisted by Regional Energy Regulatory Association of Southern Africa, to establish appropriate structures to develop and implement regional regulatory initiatives pertaining to other energy sub-sectors namely; petroleum, gas and renewable energy under its expanded mandate. In summary, Ministers amongst other decisions...:

This report synthesises the findings of a two-year research project on the political economy dynamics of regional organisations (PEDRO).  The findings presented discuss why regional organisations often struggle to promote the functional integration that is sought in Africa. Often the ambitions and scope of regional commitments and support go beyond the political ‘room for manoeuvre’ of national and regional actors. That implies a need to recognise that barriers to progress on regional integration and cooperation often arise from the continual flux of political bargaining processes between and within countries, and not simply a lack of finance and capacity. The nature of the regional ‘problem’ being addressed is also important, raising questions about the appropriate level and form of regional cooperation to aim for and the role of regional organisations within specific policy areas. It also raises the need to identify and focus on locally-defined problems where there is a clear value-added from working regionally. [The authors: Bruce Byiers, Sean Woolfrey, Alfonso Medinilla, Jan Vanheukelom]

In an open letter to President Edgar Lungu, the truck drivers, who do cross-border and local trips, lamented that they had been taken for granted and if their demands were not met, they would paralyze the country’s entire transport sector. They are demanding among other incentives better conditions of service and salary hike of not less than K15,000 after deductions. The truck drivers also want to know how Somalians acquire legal documents like the Zambian National Registration Card, passport and driver’s licence and eventually get employed as professional drivers in Zambia while many Zambian drivers were languishing without employment. They are also demanding that the Road Transport and Safety Agency  extends the years of renewing PDP to five years.

George Guvamatanga, permanent secretary for ministry of finance told a parliamentary committee that $500m out of last year’s $4.3bn export earnings was still being kept offshore. Another $400m was outstanding from the January to May 2019 exports, which earned $1.4bn, he said. Exporters were also keeping $800m in local foreign currency accounts, he added. “There is $1.7bn that should be available in this economy to pay for the pharmaceuticals, to pay for the fuel and all the requirements we need as an economy. The issue is how do we enhance the interbank market so that those export proceeds can be liquidated on the interbank market,” said Guvamatanga, who appeared with Finance Minister Mthuli Ncube. [Zimbabwe’s 90-day export repatriation puzzle: how do other countries do it?]

(i)  East and Southern Africa Region Governing Council meeting in Gaborone (23-24 May). The Vice-Chair for the Region, Mr Kateshumbwa,  referred to the outcomes of the December Policy Commission and the progress to date with the implementation of the regional strategy.  He highlighted the need for concerted efforts to successfully implement the AfCFTA, recognizing the important support of the private sector and development partners. Secretary General Mikuriya updated delegates on recent developments and highlighted the critical role played by technology in streamlining Customs procedures and enhancing regional integration.  Delegates went on to discuss the following: the Regional Strategy; Customs reforms and modernization; Efficient cross-border management during the response to disasters; and the AfCFTA and the WTO Trade Facilitation Agreement.

(ii)  East African Customs participate in benchmarking study on IPR border control in Thailand, Japan. Intellectual property rights control is a part of an overall project by the 5 Customs Administrations in East Africa, under the guise and support of the WCO and JICA Trade Facilitation and Border Control Project in East Africa, to further enhance their border control functions.  In particular on IPR-infringed goods, as these countries are experiencing increasing flows of counterfeit goods coming into their countries. Accompanied by WCO and JICA experts, 13 officials from the five administrations and EAC Secretariat visited Thailand (7-10 May) and Japan (13-16 May).  Participants exchanged procedures and practices with Thai and Japan Customs relating to IPR border controls, such as legal/institutional framework, cooperation with relevant authorities, partnership with Intellectual Property (IP) Right Holders, use of the recordation system as well as ex-officio control, public awareness activities and human resource development/management.

(iii)  Enhancing the skills of customs administrations in East, Southern Africa on gender equality. The workshop (6-10 May, Mauritius) provided an opportunity for 15 participants from 9 countries in the region (Eswatini, Kenya, Malawi, Mauritius, Rwanda, Uganda, Seychelles, South Africa and Zimbabwe) to enhance their skills on how to implement gender mainstreaming by using a project management approach including principles of strategic planning and change management with a particular focus on monitoring and evaluation. 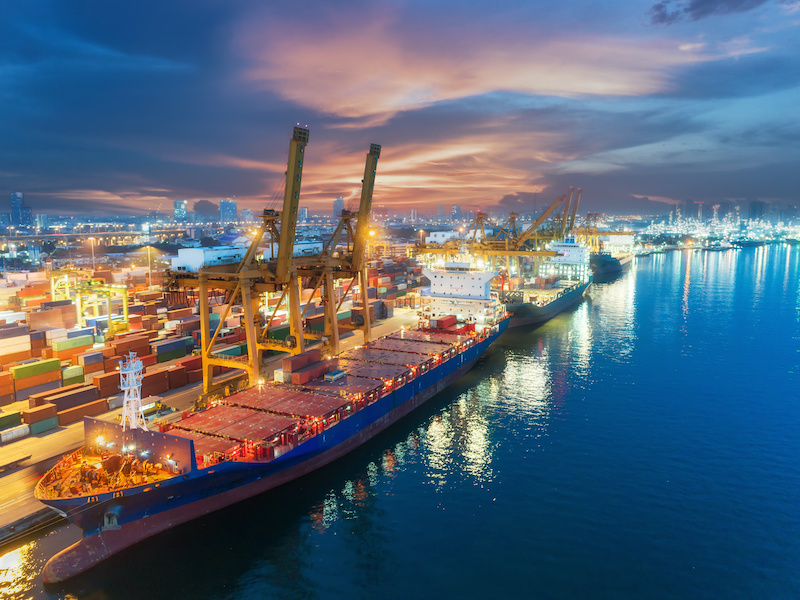