Underway, in Monrovia: Network of Economic Journalists of West Africa meeting on AfCFTA

The Joint Sitting of the Ministerial Scale of Assessment and Committee of Fifteen Finance Ministers kicked off at AU HQ. The meeting will deliberate on the revised AU scale of assessment that essentially guides amount each member states pays to budget of the Union and the Peace Fund. The review of the scale of assessment undertaken every three years will provide a scale that improves the burden sharing of the budget appropriations; guided by the principles of the ability to pay; solidarity; and equitable burden-sharing among members to avoid risk concentration. The recommendations of this joint sitting will be considered in the upcoming African Union Summit. The 34th Ordinary Session of the Executive Council opens tomorrow, followed by the Assembly of Heads of State and Government on the 10th of this month.

During the reporting period, progress was made in the implementation of project activities, including opening of temporary physical infrastructure at two project sites in the DRC and interventions related to training, capacity building and policy reform. There is a marked difference in the organized flow of traders, greater efficiency in the use of the jeton system by small-scale cross-border traders, and the use of the trade information desks officers (TIDOs). Most notably, the DRC successfully implemented new temporary infrastructure at Ruzizi 1 and the Petite Barriere. In Rwanda, contracts were signed for the construction of the Nyamasheke cross-border market, the feasibility study for Kamonyola cross-border market, the design review for Rsuizi 1 OSBP, and contracts for packages 1,2,3 and 4 for Kamemebe airport should be signed before February 2019. In Uganda, the project team has made progress in all 4 project components and will focus on reducing procurement delays for the works contracts for the Mpondwe and Bunugana cross-border infrastructure and the Mpondwe border market. COMESA has made significant progress with the use of Trade Information Desk officers in resolving conflicts for traders, in developing the communications strategy, implementing the Training of the Trainers program and in awareness building of the STR. However, despite these important outcomes, disbursement remains significantly behind schedule. This is mainly due to continuing delays in procurement processes. [See: Project Development Objectives Indicators by objectives/outcomes, pdf]

The proposed Abidjan-Lagos Corridor Highway, a six-lane (3-lane dual) 1,000 kilometre highway, will connect the countries via Ghana (Accra), Togo (Lomé) and Benin (Cotonou).The agreement signed Monday for a study on the technical, implementation and operational aspects of the project, comes nearly five years after the presidents of Côte d’Ivoire, Ghana, Togo, Benin and Nigeria, signed a treaty on the establishment of the highway in March 2014. The AfDB has approved a financing package of $12.6m to finance part of the study for project and mobilized a Euro 9.1m grant from the EU Commission, bringing the total ﬁnancing for this important study, to $22.7m. Extracts from ECOWAS statement: President Brou also called on other partners such as JICA, the Deutsche Gesellschaft für Internationale Zusammenarbeit (GIZ), as well as the World Bank, to join the important project by contributing to bridge the traceable financing gap.

The Trans-Gambian Corridor (Kaolack-Trans Gambian Highway-Zinguinchor,) having a length of 24 km, is a part of the Cairo-Dakar-Lagos corridor. The Trans-Gambia Road Transport Corridor is an economic and strategic link connecting the northern and southern parts of both The Gambia and Senegal, and by extension ECOWAS countries through the corridor between Dakar and Lagos. The sector goal of the project is to support economic growth of the countries on the Trans-Gambian Corridor (Kaolack-Trans- Gambian Highway-Ziguinchor), considered part of the Trans-West African Highway (from Dakar to Lagos Corridor) and ECOWAS at large by fostering integration through reliable, efficient and seamless transport infrastructure that will increase the competitiveness of the region. This second phase of pavement strengthening of the Trans-Gambia corridor road will be funded by the EU and will support and complement the Trans-Gambia Corridor Project funded by AfDB grant.

Speaking in Tunis yesterday during a meeting with President Beji Caid Essebsi of Tunisia, Prof Oramah said that TATIPP, whose structure would be similar to the programmes being implemented with Egypt, South Africa and Nigeria, would provide special risk cover for Tunisia’s trade with the rest of Africa. The programme would also provide financing to Tunisian companies engaged in trade with other African countries and support others to retool with the view to improving their competitiveness in Africa and globally, he added. Prof Oramah said that if the initial commitment was fully utilized, Afreximbank would be prepared to increase the amount available. Prof Oramah also met with Youssef Chahed, Prime Minister of Tunisia, telling him that, in addition to the $500m TATIPP, Afreximbank had approved facilities worth $300m for six Tunisian banks under its Afreximbank Trade Facilitation Programme.

Nigeria: FG to ban importation of tomato products by 2021 (ThisDay)

Minister of Agriculture and Rural Development, Chief Audu Ogbeh, who made the disclosure, said the continued importation of tomato paste had resulted in massive job losses to foreign countries, a situation which had further impoverished local farmers and denied them better life. This is coming as the Governor of the Central Bank of Nigeria, Mr. Godwin Emefiele, has also buttressed the need to ban tomato importation, adding that the importation of milk into the country could also be banned in the near future. The duo spoke in Kaduna during an inspection tour of Gino Tomatoes Farm, a subsidiary of GBFoods Africa. Ogbeh insisted that the country would soon achieve self-sufficiency in tomatoes production, and even export and earn foreign exchange. “In a short while, I assure you we will stop anybody importing tomato paste into this country. It is going to happen faster than people think. So, let the smugglers beware; production not smuggling; production not importation – definitely not importation of what we can produce.”

Cement and lime producer PPC has said that it was engaging with government authorities again about cement imports into South Africa, which increased 80% in the 11 months to November last year, compared to the prior corresponding period. The company said yesterday that the engagements were meant to ensure the sustainability of the domestic industry and market stabilisation. It said cement imports into Cape Town increased by 48% to 209 000 tons in this period, but was still substantially lower than the majority of imports into Durban, which increased by 84%. South Africa’s cement industry previously faced a challenge from imports from Pakistan, which dropped significantly after the imposition of anti-dumping duties by the International Trade Administration Commission.

Economic growth is expected to slowly recover this fiscal year, driven by strong production in the diamond mines, higher textile exports, and the initiation of Phase 2 of Lesotho Highlands Water Project. Inflation is projected to remain subdued, reflecting weakened household demand. There are downside risks emerging from a possible El Nino-related drought. The current account deficit widened in FY 2018/19 owing to a decline in SACU revenue and higher imports, which offset increased exports. External buffers have so far been maintained, but pressures will remain in the absence of stronger fiscal consolidation. The government acknowledges the fiscal challenges as it prepares the new budget.

Mauritius: Regional Centre of Excellence for capacity building in fisheries and aquaculture to be established (GoM)

US President Donald Trump’s new top diplomat to Kenya, Mr Kyle McCarter, has put trade and security at the top of his priority list as he prepares to assume office next week. Trade between the two States has trailed other traditional partners over the last decade while Nairobi has consistently accused Washington’s emissaries of spinning counter-terrorism intelligence to hurt its economy. Mr McCarter, who has strong links with Kenya through charity, said ahead of return to Kenya as a diplomat that security cooperation between the two countries would rank high on list of his priorities.

As the effects of migration and resource scarcity ripple across both continents, European and African leaders are now coming to terms with needed economic, political, and security reforms. Here are four things you need to know about France-Africa relations given the evolving context with the European Union, China, and other emerging partners. 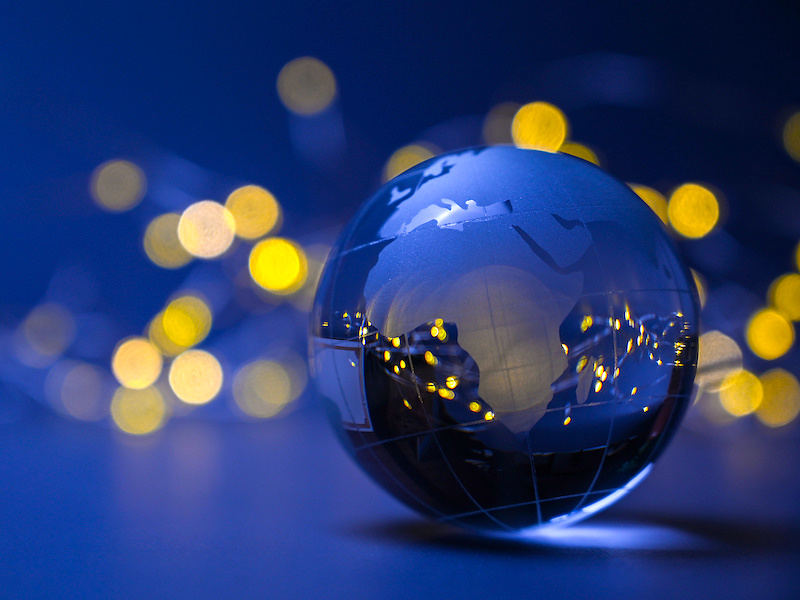