The South Africa-Zimbabwe bilateral free trade agreement terminates today. What does this mean for the future of their bilateral trade relationship? A tralacBlog by Elisha Tshuma

Sixth IMF Statistical Forum: Measuring economic welfare in the Digital Age – what and how? Opening remarks by David Lipton

While at least 20 out of the 47 LDCs have national industrial policies that articulate to various extents the interface between entrepreneurship and structural transformation, the report says that much less attention is currently devoted to the determinants of entrepreneurship. The report calls for a renewed “developmental state” that engages in transformative, mission-oriented investments and involves the private sector in a strategic vision that charts a clear path for development. Policymakers should provide support that is tailored to the life cycle of firms (start-up, scale-up, maturity), based on objective selection criteria and linking clearly communicated time-bound rewards, advantages and incentives to performance. Entrepreneurship policies need also to foster linkages between firms of different sizes, stages of maturity and sectors, for instance by means of business clusters, networking and alliances which allow for a sustained flow of new ideas into firms throughout their life cycle and enable dynamic growth. Extract (pdf):

Young adults aged 18 to 24 account for an average of 28% of early entrepreneurs and 17% of established entrepreneurs in LDCs, compared with 17% and 7%, respectively, in other developing countries, reflecting the youth bulge in LDC populations. Those aged 25 to 34 predominate among entrepreneurs across all country groups, yet LDCs are distinguished by a more rapid decline in the weight of older cohorts, in particular among early-stage entrepreneurs, giving rise to a lower average age.

LDCs also have particularly low levels of educational attainment among early entrepreneurs; only 12% have a post-secondary education compared with 36% in other developing countries. The gender distribution of early-stage entrepreneurial activity appears to be balanced in LDCs, with an average women-to-men ratio of 0.94, compared with 0.77 in other developing countries and 0.61 in developed countries and countries with economies in transition. The gender distribution of registrations of limited liability companies is more unequal in LDCs than globally.

The informal sector in LDCs is dominated by microenterprises with fewer than five employees and small enterprises with between five and nine employees, which represent 74% and 20% of the total, respectively. The rest are medium-sized enterprises. Unpaid workers, generally family, make up 38% of the employment in informal enterprises, and in most instances, the use of such labour declines sharply as size increases. Gender inequality is marked; 50% of women employees are unpaid, compared with 33% of men, while women have ownership over the largest part of their firms in only 30% of the cases. [Download:  pdf The Least Developed Countries Report 2018: Overview (2.15 MB) ]

Following the leadership transition, the government stepped up its efforts to improve governance and enhance the dialogue with the private sector, but reform implementation has faced headwinds. Markets reacted favorably to the government’s efforts aimed at fostering an environment more conducive to private investment, growth, job creation, and social inclusion. However, some of the initial optimism has dissipated as growth remains stuck in low gear and reform implementation has faced constraints. Economic reforms in a number of areas, in particular, strengthening the finances of state-owned enterprises, reducing the cost of doing business, and increasing competition are proceeding, albeit slowly. The recent investment conference between government and businesses - domestic and international - on unlocking the vast investment opportunities is welcome. This is therefore a critical time to implement stalled reforms to restore confidence, attract investment, support growth, and rebuild buffers to deal with a challenging environment by:

Two MoU were signed yesterday, at the 2nd edition of the Mauritius-Russia Investment and Trade forum between the Economic Development Board and the Moscow Chamber of Commerce and Industry and the Lipetsk Chamber of Commerce and Industry. The Chairman of the EDB, Mr Cartier, highlighted that last year, Mauritius’ imports from Russia amounted to $11.4m, with the top three imports being precious/semi-precious stones, petroleum gases and vodka. He further underlined that exports from Mauritius to Russia amounted to $2.1m in 2017 with the exports of tuna, special sugar and t-shirts. In terms of FDI, Mauritius registered $3.9m of FDI from Russia in 2017.

The proposed India-Mauritius free trade agreement, being given the final touches by negotiators this week, is likely to be signed in January during Mauritius PM Pravind Kumar Jugnauth’s India visit, a government official has said. Mauritius is interested in convincing India to eliminate or substantially reduce its tariffs on textiles and marine products as it sees a lot of scope for increase in market access in these two areas. “The Textiles Ministry is opposed to offering zero or very low tariffs to Mauritius in textiles and garments. The Commerce Ministry is trying to convince it that the domestic sector will not be affected as Bangladesh and Sri Lanka already have zero duty access for many textile items in the Indian market,” the official said. Since Mauritius is a small market and has tariffs on very limited lines of products, India is not expected to gain substantially in the area of goods.

The Connect Project was able to achieve connectivity between the South African Revenue Services and the Eswatini Revenue Authority IT systems. All member states, except one, now have a modern customs legislative framework, which replaced the 1964 customs laws that existed in member states before the project started. Permanent secretary at the Namibia’s finance ministry, Ericah Shafudah, said the customs modernisation programme afforded the region an opportunity to reform not only the customs environment, but also the entire trade facilitation spectrum. Phodiso Valashia, the commissioner of customs of the Botswana Unified Revenue Services, who is also part of the connect project’s steering committee, said the main consideration which brought the region together during a substantial period of these years, at least on the customs administration front, was revenue mobilisation.

Hopes by Kenya’s flower growers to exploit the lucrative United States market and stop dependence on the European market will not bear much fruit despite the recent launch of direct flights between Nairobi and New York. In spite of optimism and excitement after national carrier Kenya Airways started direct flights to the US in October, the airline’s business strategy of focusing on passengers as opposed to cargo has dashed the hopes of the flower industry of targeting the market that has remained elusive. In the midst of these predicaments, the decision by KQ to dedicate the new route specifically to passengers, with only five tonnes allocated to cargo, means the flower industry cannot count on the national carrier to penetrate the US market. Already most of the cargo space has been seized by Export Process Zones-based manufacturers of textiles and apparels that constitute Kenya’s main export to the US under the Africa Growth and Opportunity Act. Currently, Kenya accounts for less than 1% of the US flower market, earning less than $10m annually, with Colombia dominating at 70% followed by Ecuador at 20%. [Nairobi trade tariff talks with China to boost flower exports]

The ongoing integration of stock exchanges in the EAC, which includes adopting a mutual, modern technological system that will meet different market needs, is on track, Pierre-Celestin Rwabukumba, the Chairman of the East African Securities Exchange Association has said. “We have tasked the EASEA Technical Committee to fast track implementation of the CMI which will provide new possibilities for investors seeking cross-border trade opportunities,” he explained. Members agreed to host an East Africa Capital Markets Open Day in May 2019 to showcase investment opportunities in the region and to conduct a Governance Risk and Compliance training in September 2019.

Nigeria is in talks with Transnet for the concession to run its railways after General Electric, which has spun off its transport business, handed the leadership of the consortium to the South African firm, the transport minister said on Sunday. “We are in talks with Transnet. When we conclude we will sign the concession agreement and they will rehabilitate the entire 3,500 kilometers of railways,” Transport Minister Rotimi Amaechi told a government delegation in Abuja. Transnet was not immediately available for comment. A procurement process adviser told Reuters last week that General Electric had pulled out of the $2bn concession deal with the Nigerian government for two rail lines connecting northern cities to others in the south. [Nigeria, UNIDO sign $60m new country programme]

While some countries and socio-economic groups have reaped the gains from trade in a globalized world, billions of others, including women, have been marginalized or excluded, experts told a meeting of UNCTAD’s Trade and Development Commission in Geneva, Switzerland, on 12-16 November. This is “perhaps the most important question that we have to deal with in the world going forward into the 21st century,” said Ricardo Melendez-Ortiz, chief executive officer of the International Centre for Trade and Sustainable Development. The resulting backlash against trade threatens the very future of the multilateral trading system, he said. “The time is ripe to think how today’s model of trade can be more inclusive,” he said.

Two key groups – the middle or working class in developed countries as well as the very poor in developing countries – had been left out of the gains from trade, Ms. Piermartini said. Automation and competition from cheaper imports had contributed to job losses for the middle class, while the story of the very poor was one of missed opportunities. Ms. Piermartini said that one reason for this was that people in lower income groups – including women, people living in rural areas and informal sector workers – were in parts of the economy that faced higher export tariffs. She said this shows that there was still a lot to be done with trade policy, especially concerning tariffs which were still a barrier to increased economic participation for many. [Download:  pdf Presentation by Roberta Piermartini, WTO (1.18 MB) ] 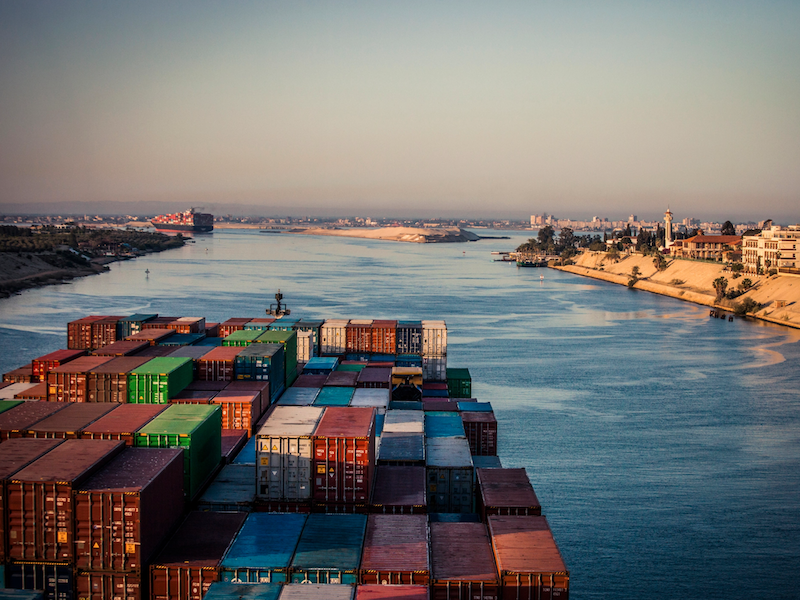 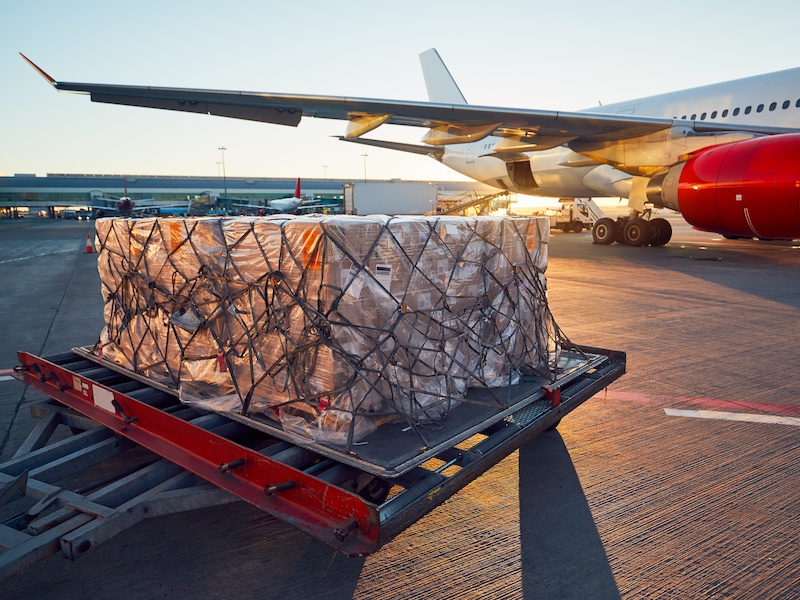 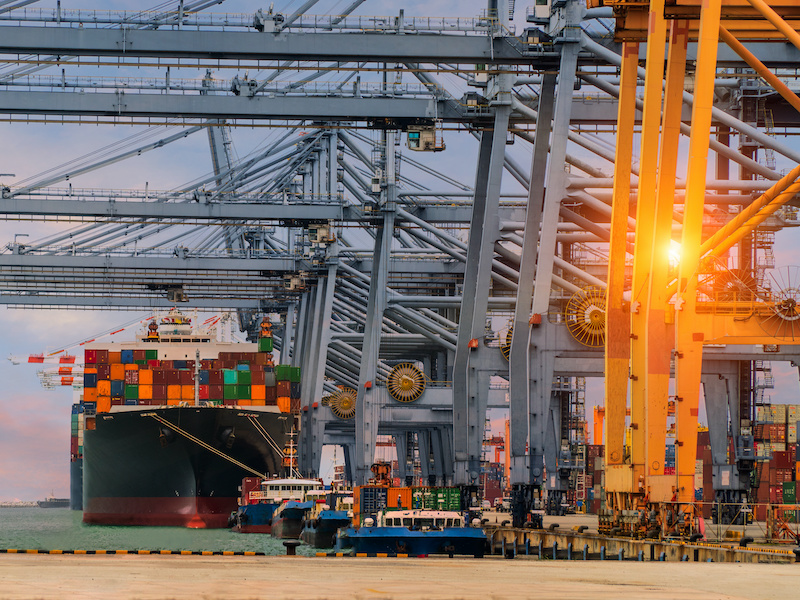