Tomorrow, 7 November, at the Holiday Inn Hotel, Johannesburg Airport, @SthrnAfrcaTrust and @TheNBF will host the founding meeting of the SADC Business Council. The meeting will be attended by representatives of all national and regional apex bodies of the private sector. The aim to officially found the SADC Business Council, establishing the structure, roles and responsibilities of organs, membership and future resourcing work.

On the TFTA: Tariff negotiations with Egypt and the EAC are on-going, once the Agreement enters into force we can have preferential access in these markets for our beef, salt and plastic tubes among other products. It goes without saying that our output and efficiency will have to improve to serve such a big market. And here once again, Mister Speaker, is where I place my conviction on the jobs that we will create. On the AfCFTA: It is envisaged that the outstanding issues will be resolved at the December, 2018 African Ministers of Trade meeting, thus paving the way for Botswana to sign the AfCFTA at the AU Assembly of Heads of State and Government in January, 2019. On SACU + Mozambique EPA with the UK: In view of the importance of the United Kingdom market for our goods and services, together with the fact that it has hitherto been the point of entry for our goods into the EU, it was imperative that we conclude the Agreement with the UK to ensure that there are no trade disruptions. Negotiations for the Agreement are at a very advanced stage and it is envisaged that the SACU + Mozambique and the UK EPA will be signed sometime in December, 2018 in Botswana.

On SEZs: Preparations for operationalisation of the Special Economic Zones is nearing completion with Regulations and Incentives for the SEZs being finalised for consideration by Government this financial year. SEZs are a key component in advancing our goals towards export-led economic growth. It is also worth noting that we will rollout PPPs in the development of infrastructure in the SEZs. I would like to take this opportunity to inform you that the first company to operate in one of our SEZs will start production during the fourth quarter of this financial year with the potential of making Botswana the largest exporter of processed poultry meat in the whole of Africa. The initial setting up investment capital of the company amounts to P200m. This investment together with many others will have downstream linkages with local industry and service providers such as in transport and logistics, financial and other related services. [Download:  pdf Botswana State of the Nation Address 2018 (699 KB) ]

President Donald J. Trump, Monday, announced on Friday his intent to terminate the eligibility of Mauritania for trade preference benefits under the African Growth and Opportunity Act (AGOA), as of January 1, 2019, due to forced labor practices. The President notified Congress and the Government of Mauritania accordingly. Based on the results of the required annual AGOA eligibility review, the President determined that Mauritania is not making sufficient progress toward establishing the protection of internationally recognized worker rights. Consequently, Mauritania is out of compliance with eligibility requirements of AGOA. Specifically, Mauritania has made insufficient progress toward combating forced labor, in particular the scourge of hereditary slavery. In addition, the Government of Mauritania continues to restrict the ability of civil society to work freely to address anti-slavery issues.

Africa has also become the world’s second-most attractive investment destination. According to the United Nations Conference on Trade and Development, inward foreign direct investment (FDI) is expected to increase by about 20% this year, to $50bn, from $42bn in 2017. Finally, Africa’s pension funds, insurance funds, and sovereign wealth funds are collectively valued at more than $1 trillion dollars. If Africa could leverage this wealth to attract just 1% of all global assets under management, estimated to total more than $131 trillion, the continent’s need for $130-170bn in annual infrastructure investment could be met. As matters currently stand, Africa faces an annual financing gap of $68-108bn. Africa has a huge population to drive consumer demand, a rising middle class, a dynamic youth population, and rapidly reforming governments that are keen to attract these investments. The Africa Investment Forum will provide what has been missing so far: a safe, stable marketplace to accelerate deals.

United States businesses and investors made more foreign direct investments in Africa than counterparts any other country last year. These US entities increased the number of American FDI projects in Africa by 43% to 130 in 2017 nearly twice the next country, according to EY Global’s 2018 Africa Attractiveness report. Overall, African countries saw FDI number rise by 6% to 718 projects up from the previous year’s 676, which was the lowest in 20 years. It is the latest metric that seems to contradict the idea that US corporate sector losing interest in Africa as China’s influence rises and president Trump focuses elsewhere. The US remains Africa’s largest investor, says EY after the continent saw the expansion in FDI projects after two consecutive years of decline.

On Friday afternoon of 2 November 2018, I visited Surface Wilmar based in Chitungwiza. The company is owned by one of the largest companies in the world in the production of edible oils, based in Singapore. The factory floors are most impressive and world class, and it was not lost to me that this was right in the middle of Chitungwiza. To see this modern plant operated by automated robotic systems, making it one of the most efficient companies in Africa in the edible oils sector, was uplifting, as the last time I have visited a robot-controlled factory was in Hyundai in South Korea a few years ago. The futuristic robotic systems controlled factor floors at Surface Wilmar are testimony to the aspirations of Vision 2030, and the Transitional Stabilisation Programme, that Zimbabwe can become the gateway to investment into Africa.

Turning Zimbabwe into a gateway into Africa means establishing an Offshore Investment Centre with strong links to the Zimbabwe One-Stop-Investment Shop, which processes investments. This needs to be seriously explored for Zimbabwe to continue to attract global investors such as Surface Wilmar from Singapore. This means all new foreign investment into Zimbabwe, going forward, could be registered in the Offshore Centre, giving foreign investors similar benefits as are enjoyed in centres such as Mauritius, Guernsey and Isle of Man. There are many reasons why Zimbabwe could be a successful gateway into Africa, through the Offshore Centre:

The African Development Bank has approved a sovereign loan of $229.5m to Uganda to finance phase one of the Kampala-Jinja Expressway project. Approved by the Board on Wednesday, 31 October, the loan supports the Government’s Vision 2040 agenda. It will co-finance, with the EU and Agence Francaise de Developpment, $400m which will pave the way for private sector financing of the remaining $800m. Total project cost is estimated at $1.55bn, with financing from sovereign and non- sovereign facilities. Scheduled to be managed over the next 30 years (including a five-year construction period) under a concession-based PPP arrangement, the project comprises of two phases:

The African Development Bank is available to finance the second phase of asphalting of the Mueda to Negomano road, a stretch of 95 kilometres, said bank official João Mabombo. The AfDB’s availability was expressed a few days ago in Pemba by a team from the bank that worked in Cabo Delgado, where it met with the provincial governor, Júlio Parruque and visited that section of road. The Mueda-Negomano road, work on which is due to start in 2020, connects the Mueda district to the border with Tanzania over the Unity Bridge, which was built about seven years ago.

Tanzania: Government to seek TAZARA Act amendments to ‘go with the times’ (IPPMedia)

The government has said it intends to push for an amendment to the Tanzania Zambia Railway Authority Act to remove the clause which reserves the position of managing director to Zambian nationals. Speaking to reporters during the 42nd TAZARA commemoration trip to the Selous Game Reserve on Saturday, deputy minister for works, transport and communications, Atashasta Nditiye, said after the draft has been passed through all ministerial procedures, the document will be formally forwarded to other relevant authorities for further action. Despite its challenges, TAZARA last week announced improved performance figures for the past financial year. Head of public relations Conrad Simuchile said that in the financial year ending June 30, 2018, the firm transported 220,818 tonnes of freight, an improvement of 29% compared to the financial year ending June 30, 2017 when it transported 171,405 tonnes. The interstate passenger train conveyed 543,194 passengers between Dar es Salaam and Kapiri Mposhi during the year, surpassing the planned target of 500,000 passengers by 8.6%.

The South West Governors’ Forum has tasked the Federal Government to create a railway line from Apapa for transportation of goods from the ports in order to ease the permanent gridlock on the roads in the area. The governors of the six states in the region said this in a communiqué read at the end of a meeting they held at the Osun State Government House in Osogbo on Monday. The governors expressed concern at the devastating effects of the traffic jam in Apapa on the economy of the region and Nigeria as a whole. They also charged the Oodua Investment Company to champion the food security in the region, saying the region should not be dependent on food imported from outside because there was a large expanse of arable land which could support agricultural production.

The lawsuit was filed in the High Court of Hong Kong for unlawfully procuring and inducing the Republic of Djibouti to breach various agreements between the African country and DP World. In the lawsuit, DP World sought damages, interest, and a declaration that China Merchants unlawfully procured and/or induced Djibouti’s breaches of its agreements with DP World. DP World said its concession agreement over the terminal “remains in force” and warned that the “illegal seizure of the facility does not give the right to any third party to violate the terms of the concession agreement.” DP World Limited, operates 78 ports in more than 40 nations.

France flexed its muscles in West Africa on Monday granting millions of euros in aid to Gambia to support its democratic transition amid fears of regional instability and took aim at Russia over its “opportunist” role in Central African Republic. France’s Foreign Minister Jean-Yves Le Drian said Paris was also looking at investment opportunities for its firms, including at Banjul’s port and airport. Companies including Bollore and energy group Total are among those vying for contracts in Gambia. “If Gambia is a success it sets an example for the region,” said a French diplomatic source. [Enhancing relations between Nigeria and France]

Kenya has stepped up efforts to tap global investors at the London Stock Exchange to raise capital to fund projects in the oil and gas sector. The country, which is seeking resources to finance upstream, midstream and downstream projects held the inaugural Kenya Energy & Petroleum Capital Markets Day at the London bourse last week. The open day that comes five months after Kenya signed a memorandum of understanding with LSE to unlock opportunities to mobilise resources for the capital intensive sector, a move that is critical in accelerating the pace of infrastructure development.

Mozambique has reached an agreement with creditors to restructure a $726.5m Eurobond, including extending maturities and sharing future revenues from huge offshore gas projects, the finance ministry said on Tuesday (pdf). The finance ministry said the proposed restructuring would see bondholders receive new paper maturing in 2033, with principal repayments beginning in 2029. The new bonds will have a face value of $900m with a coupon of 5.875%, the finance ministry said. Creditors would also receive 5% of future fiscal revenues from the Area 1 and Area 4 natural gas projects. The payments from gas revenues would be capped at $500m a year but could still be a boon for bondholders. 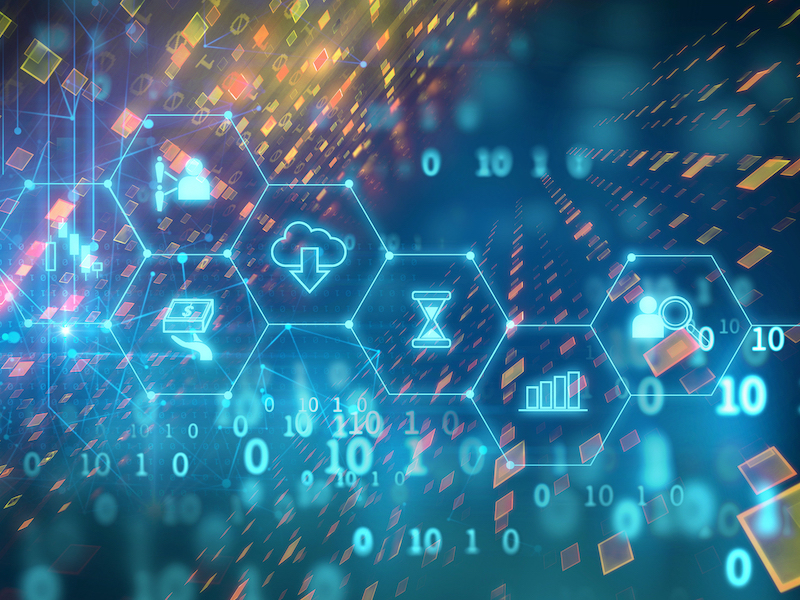 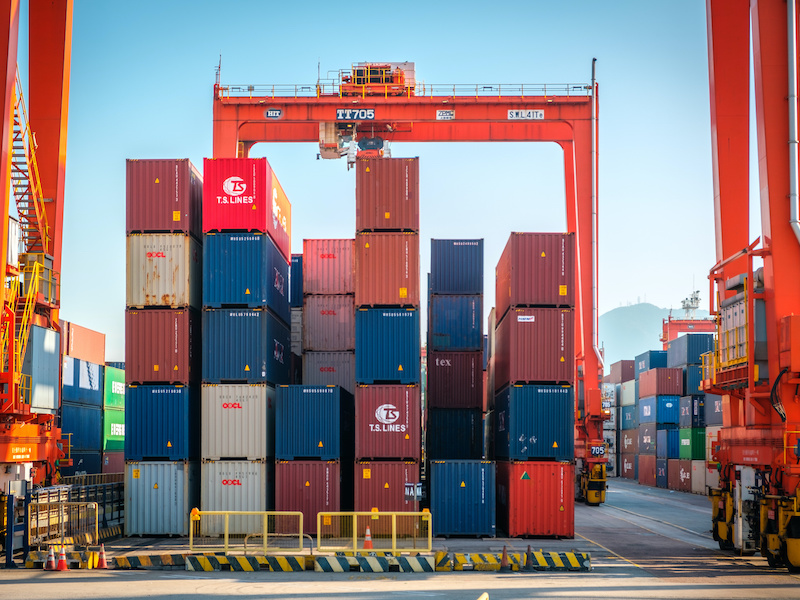