Featured tweet, @SabineBohlke: Seychelles notified the WTO Committee on Regional Agreements on their accession to the SADC Protocol on Trade. Seychelles is a strategic trading partner to SADC members. No doubt that the accession will enhance trade between Seychelles and SADC member states.

The market for remittance services in Southern Africa (World Bank)

Since 2011, the World Bank has undertaken remittance market assessments, based on the CPMI-World Bank General Principles for International Remittance Services, in nine SADC countries: Lesotho, Madagascar, Malawi, Mozambique, Namibia, South Africa, Tanzania, Zambia, and Zimbabwe. Remittance flows to households in SADC countries amounted to $2.5bn in 2016, out of a total $575bn received worldwide. Considering unrecorded remittance flows—through both regulated and unregulated channels—the true volume of remittance flows to SADC countries is likely to be considerably higher than indicated by official estimates. Among SADC countries, Lesotho, Zimbabwe and Madagascar have the highest dependence on remittances. Figure 3 displays the distribution of remittance dependencies of SADC countries in 2015. Extract: Box 3 (pdf): Innovative money transfer operators entering the remittance landscape in the SADC region. In the last few years, a number of new and innovative remittance services have emerged in the SADC region. These include remittances services that can be initiated online or via mobile phone, and that allow transfers directly into bank accounts or e-wallets, including mobile money accounts. For example, Mukuru has recently partnered with several mobile money operators in several SADC countries to allow for the receipt of remittances directly into mobile wallets. For instance: [Reuters: South African fintech JUMO to expand in Asia with Goldman Sachs backing]

Rwanda needs to pursue a clear and bold strategy on industrialisation if it is to achieve its ambitious midterm target of attaining upper middle-income status by 2035, according to business experts. The call comes in the wake of a review of the country’s industrial policy and experts say that a clearly defined agenda would guide the country towards its industrialisation ambition in the next decade. They were speaking at a two-day conference on industrial policy co-organised by Rwanda’s Trade and Industry Ministry, International Growth Centre, and the World Bank.

According to Richard Newfarmer, IGC’s Country Director in Rwanda, the new framework for industrialisation should be linked to promoting exports via value chains and taking into account best practices from elsewhere. “To promote industry you have to promote exports. Rwanda can grow its exports and it will attain the income levels that it aspires to by 2035,” he said, adding that going forward the country needs to design the strategy that will see the exports double in the next decade. For John Page, achieving industrialisation in the next ten years will depend on how Rwanda is able to bring the special economic zones up to world class. “It will also require strengthening the links between the firms that operate under the special economic zones and domestic suppliers. The new industrial policy should consider all these aspects.” Victor Steenbergen, the Head of Investment Climate Unit at the World Bank, said that the new policy must address the issues related to tax incentives. “Currently, we are seeing that there is misallocation of tax incentives in Rwanda, like customs duty exemptions, and most tax incentives tend to favour companies that are already profitable.”

Helen Hai, 40, co-founded factories making children’s clothes in Rwanda, Senegal and Ethiopia, and she became the UN Industrial Development Organization’s goodwill ambassador in Africa. In July, she began exploring how blockchain technology might help create jobs for the nations there and now heads the $100m Binance Blockchain Charity Foundation. “There’s a golden opportunity for Africa,” Hai said. “What it needs now is success stories. They have a snowballing effect.” Still, Helen Hai estimated there’s a five- to 10-year window for Africa to capitalize. So she’s forging ahead with plans to expand C&H, committing $10m over five years to create 30,000 jobs in Rwanda. The goal is to catalyze $1bn in investment, Hai said. In Ethiopia, C&H now has 1,500 workers. In Senegal, where operations just started, there are 300 workers with plans for 2,000 by the end of next year, she said. “She foresaw that the garment-and-footwear industry can -- and will -- move to Africa, eventually,” said Henok Assefa, founder and managing partner at Precise Consult International in Addis Ababa. “Given her exposure to the demands of Western markets and her Chinese background, she brought an interesting perspective to support African policy makers.”

This week I have the opportunity for the first time to underscore US interests in and commitment to the continent at the UN General Assembly. In dozens of meetings and conversations in New York, I will highlight the importance of a continued and strong US-Africa partnership that prioritizes the following goals: (i) Promoting stronger trade and commercial ties between the United States and Africa by establishing a level playing field across African markets; (ii) Harnessing the potential of Africa’s tremendous youth bulge as a force for economic ingenuity and prosperity, which is a counter narrative to violent extremism and despair; (iii) Advancing peace and security through robust partnerships with African governments via bilateral and regional mechanisms; and (iv) Most importantly, reemphasizing that the United States has an unwavering commitment to Africa. Far from being mutually exclusive, these priorities are mutually reinforcing. [The author is US Assistant Secretary for African Affairs]

There are a number of topics the recommendations focus on such as the future of work, education and politics, and how to combat the effects of climate change. The proposals also suggest policies to promote gender economic equity and tackle the original challenges of the G20: international financial stability, commerce and tax cooperation and more. “The  pdf T20 Communiqué (590 KB)  is the result of a great process of collective thinking. The work of 150 think tanks from 60 countries, who produced over 80 documents, is intended to propose recommendations to G20 leaders on the Global Agenda,” explained Pablo Ava, co-chair of the T20’s Policy and Research.

The T20 comprises think tanks that aim at developing research and evidence-based briefs and positions to guide governments in policy development. The T20 Africa Standing Group was established in 2017 to bring together think thanks from the G20 and African countries to work together on G20 policy matters. But as of now there is little information about T20 Africa’s influence and impact on G20-Africa related policies. Our recommendations are: a) for T20 Africa to define success criteria for their group; b) establish a communication structure within T20 Africa; c) monitor and share status of every policy recommendation; d) collaborate with B20 and think tanks from the other engagement groups; e) conduct impact assessments during every G20 Presidency with the finance track; and f) develop a post-G20 Summit strategy to monitor and coordinate Africa-related policies and initiatives.

Mobilizing private investment and the Compact with Africa:  pdf A preliminary assessment and steps ahead (253 KB)

Our own analyses of the CwA suggest that the success of the initiative will hinge on whether it manages to provide practical instruments for (potential) investors. These instruments will have to be known and accessible to the potential investors, and they should be adapted to the particular challenges of the various African investment environments in a context of technological transformation. In the survey, some German companies emphasized the importance of support mechanisms to target not only investment, but also trade; thus stressing the strong interdependence of trade and investment. They indicated that their investments in Africa are typically preceded by entering a market through exports. Only in a second stage were trading entities set-up; and in some cases then followed by a wider range of activities including service provision (for machines or equipment) and, albeit not too often, production. Our interpretation of this trend is that smaller firms, including many firms of the German “Mittelstand,” find it too risky to invest in unfamiliar markets. From the German interviews, it was also noteworthy that reference was mainly made to bilateral instruments, in particular export credit guarantees.

G20 countries generally follow two parallel tracks: they have their own bilateral initiatives and, in some cases, use the G20 to launch policy initiatives. These parallel bilateral and G20 processes create many opportunities for African actors. But the initiatives are not always complementary and not always sustained in the medium- to long-term. The G20 might want to broaden debates on its impact on development by better coordinating bilateral and G20 initiatives (particularly with regard to support for investments) and by including African representatives in all working groups. African actors could enhance division of labour between Pan-African and regional institutions. Overall, Africa needs to invest in its strategic engagement with the G20, for instance by monitoring commitments against African priorities. [Explore the full set of T20 Policy briefs here]

The EU’s bank in Africa steps up the action (EURACTIV)

But while most talk in Brussels tends to focus on the amount of cash available, it is not only a question of having more money to lend but having the means to lend it, Catherine Collin, the EIB’s East Africa bureau chief in Nairobi, tells EURACTIV. “In the region of East Africa, we signed just over €400m of projects in 2017 compared to €100m in the previous year. €400m may not look huge but it’s not a bad amount for us outside the EU,” says Collin, pointing out that the vast majority of the bank’s activities are within the bloc. Collin suggests that domestic political constraints are the main block on financing. “A problem we have in the region and in Sub-Saharan Africa in general, is of very low absorptive capacity of the state.” 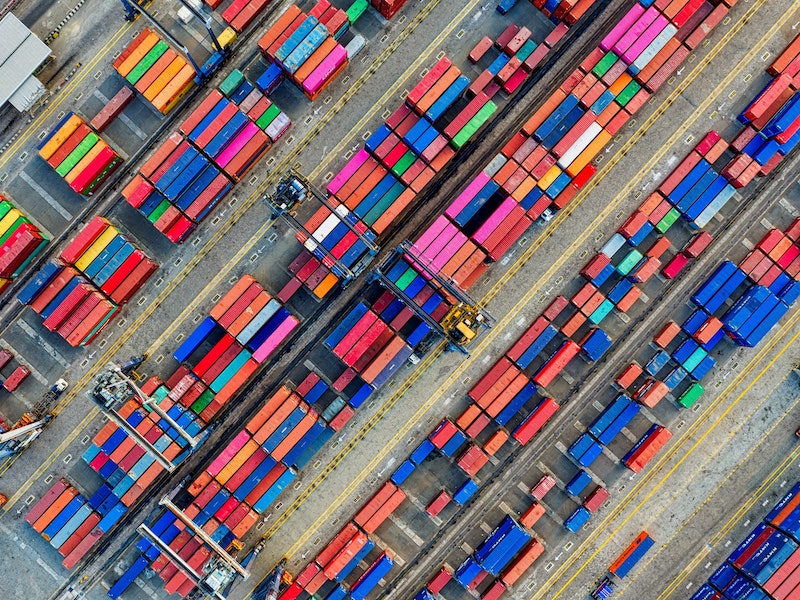