Southern Africa is making progress towards creation of a multi-currency regional payment system, with the United States dollar expected to become the second currency of settlement after the South African rand.

She noted that the addition of the US dollar to the regional payment system is expected to facilitate faster transactions as the bulk of intra-SADC trade is done in the American currency.

“Noting that the facilitation of payments remains a key challenge to intra-SADC trade, the addition of the US dollar that account for about 60 percent of intra-SADC cross-border transactions is expected to facilitate greater cross-border trade and investment in the region,” she said.

The adoption of a multi-currency settlement system is an important milestone that builds on other progressive developments in SADC over the past few years, Dr Tax said.

“This milestone is important in consolidating progress and catalyzing developments in some of the milestones already attained by SADC, in particular, the SADC Free Trade Area.”

SIRESS is a regional electronic payment system developed by SADC member states to settle cross-border transactions faster without having to rely on intermediary banks from outside the region.

The SIRESS was established in July 2013 and piloted in four countries – Lesotho, Namibia, South Africa and Swaziland.

The system is now operational in 14 SADC member states except Madagascar and the regional organisation’s newest member, Union of Comoros.

Madagascar has indicated its intention to join SIRESS soon, while admission of the Union of Comoros as a SADC member state is expected to increase the number of participating banks on the platform.

According to the South African Reserve Bank, around 60 percent of cross-border transactions in SADC are denominated in US dollars, 35 percent in ZAR and the rest in other currencies.

The main benefits of the system are its efficiency and reduction in costs because previously the transactions would go through a correspondent bank.

For example, where transactions previously took two to three days to clear, now they are cleared within 24 hours and fees paid to non-SADC clearing banks are removed.

The elimination of an intermediary – often a United States or European correspondent bank – means money stays in the region and payments are processed faster.

The development of SIRESS is in line with the SADC Protocol on Finance and Investment which aims to improve the regional investment climate through enhanced cooperation among member states on payment, clearing and settlement systems in order to facilitate trade integration.

The Council of Ministers preceded the 38th Summit of SADC Heads of State and Government to be held on 17-18 August.

The summit is being held under the theme “Promoting Infrastructure Development and Youth Empowerment for Sustainable Development.”

The summit is expected to, among other things, review progress towards regional integration and socio-economic development.

At the summit, Namibian President Hage Geingob will assume the rotating SADC chair from his South African counterpart Cyril Ramaphosa. 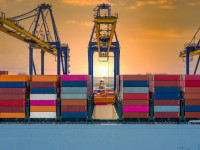