Diarise: Moving forward with the implementation of the Africa Continental Free Trade Area – opportunities and challenges (24 May, Wilson Center, Washington). The speakers: Dr Arikana Chihombori Quao (Permanent Representative of the AU to the US); Donald Kaberuka (AU High Representative for Financing of the Union and Peace Fund); Ambassador Stephanie Sanders Sullivan (Bureau of African Affairs, US Department of State); Ambassador Étoundi Essomba (Ambassador of Cameroon; Co-Chair of the African Ambassadors’ Group). The discussion will be webcast.

Dr Donald Kaberuka, who worked on team that proposed the levy, told the symposium that he did not understand why the US was against the idea yet it would make Africa stop asking for funding from Washington. “It is 0.2% not 2%. The US government says this is a violation of WTO rules,” said Kaberuka, speaking at the 6th National Security Symposium in Musanze district, northern Rwanda. He added: “I looked through the text of the WTO rules and it’s true the clause is there which is called ‘Treat everybody equally’. We are still talking to our American friends (and) hope they come to a point where they realise that if there is peace, stability, progress in Africa – it will be a global public good.” Kaberuka told the audience that he was going to hold consultative talks with African Envoys in Washington this week to map the way forward. “We have already found a solution with the AfCFTA,” said Kaberuka referring to the continental free trade pact adopted in Kigali in March, adding that Africa will be a single market so the levy will be on imports coming from outside the continent. Kaberuka said the auto-funding formula being proposed for AU is the same used by the EU to emerge from the devastation of World War 2. “So don’t tell me it can’t work.” [Mushikiwabo: African solutions can be solutions coming from Africans themselves]

ECOWAS Trade Information System: update. Trade experts from ECOWAS member states began a two-day meeting in Abuja yesterday to enhance their knowledge on the ECOWAS Trade Information System project and deliberate on the expected content for national trade portals to be linked to ECOTIS. The Commissioner for Trade, Customs and Free Movement, Mr Tèi Konzi, emphasized the importance of reliable and timely access to trade information in the West African region for developing export competitiveness in the global market place. Mr Konzi stressed the need for ECOTIS and its potentials to create transparency in trade policy development in Member States as well as country involvement in the process to ensure that the system will be beneficial to all users and stakeholders in view of the establishment of the AfCFTA. Mr Julien Bornon, UNCTAD Program Manager, will present a case study report of the Benin, Mali and Nigeria Trade Portals to generate discussions on the expected content for national trade portals. The web-based ECOTIS project will also serve as a monitoring platform for the implementation of ECOWAS regional trade framework.

Morocco’s ECOWAS membership undecided – Brou. The President of the Commission, Jean Claude Brou, disclosed this while fielding questions at by members of the ECOWAS Parliament after presenting the status of the community to the legislative arm during its 2018 First Ordinary Session in Abuja. Jean Claude Brou stated that upon the submission of the report in 2017 at the 52nd meeting of the Conference, the heads of state asked for more work to be done and appointed Nigeria, Ghana, Guinea and Côte d’Ivoire to conduct more in-depth analysis on the implication of Morocco’s membership. The report is billed to be submitted to the Heads of State at their next meeting, in June.

Final round of negotiations for Somalia’s return to COMESA. The final negotiations towards the admission of the State of Somalia to COMESA concluded yesterday at the COMESA Secretariat in Lusaka with the review of a draft Agreement on the country’s accession to the COMESA Treaty. The negotiations came ahead of the forthcoming 20th COMESA Summit whereby Somalia and Tunisia are set to join the regional bloc, having fulfilled the terms and conditions of accession to the COMESA Treaty. The regional bloc will rise from 19 to 21 members, making COMESA, which is the largest regional economic community in Africa, even larger.

All consolidated import cargo will be fully inspected to weed out counterfeit, contraband and substandard goods, the government has announced. In a statement on Thursday, Industrialisation and Trade Cabinet Secretary Adan Mohamed said an incinerator will be installed at Mombasa port to hasten destruction of counterfeit, substandard or contraband goods. Kenya Bureau of Standards managing director James Ongwae said a multi-sectoral team operating in all entry points will be inspecting consolidated cargo. “This is effective from today. If we find substandard goods it is going to be destroyed. We have also commenced a 100% inspection of all containers carrying used shoes and clothes.”

Tanzanian President John Magufuli on Tuesday directed relevant authorities to amend taxes on imported crude edible oil with a view to imposing heavy taxes on the commodity. The president made the directive when he made an impromptu visit to the Dar es Salaam port where the Tanzania Revenue Authority has detained 90,000 tonnes of imported edible oil over unresolved tax issues. Magufuli directed the Minister for Trade, Industries and Investment, Charles Mwijage, to table a schedule of amendment of the taxes in the ongoing parliamentary budget sessions with a view to imposing higher taxes on imported crude cooking oil. The president made the directive after a committee which was formed to investigate the 90,000 tonnes of consignment of edible oil revealed that some importers of the consignment had lied to TRA that the shipment contained crude edible oil while in fact the cargo contained refined and semi-refined edible oil.

Callixte Kanamugire, Chief Advocacy Officer at PSF, told members of the parliamentary Standing Committee on National Budget and Patrimony last week that there is need to increase the amount of funds allocated to the fund in order to serve more export-oriented businesses, especially bigger enterprises. At the core of the worries held by PSF officials is the shrinking budget for the fund and they brought to the attention of MPs that it’s a concern that while in the 2016/2017 financial year the government allocated Rwf8 billion to the fund, it has since reduced the money to Rwf1.2 billion in the current financial year 2017/2018 as well as the next fiscal year 2018/2019. The Minister for Trade and Industry, Vincent Munyeshyaka, said the reduced budget for the export facility fund should not be understood as a policy shift but a temporary lack of funds that can be addressed any time. “MINECOFIN is talking to different donors so we can get more funds for the facility. The Government will continue to look for means to support this Fund.”

The government received a total of $396.17m as petroleum revenue for the year 2015, and exported crude oil that contributed to 18.7% of the total merchandise export. The petroleum sector also contributed 4.1% to Ghana’s GDP in 2015, which is a significant achievement, the Ghana Extractive Industries Transparency Initiative Report on the Oil and Gas Sector 2015, has revealed. The 2015 GHEITI Report, lunched together with that of the 2015 Mining Sector Report in Accra on Wednesday, has, however, revealed that a net negative discrepancy of 289,381 dollars was obtained between company payments and government receipts.

The latest global bank rankings report from S&P Global Market Intelligence found that South African and Egyptian banks dominated the list of largest banks in Africa in 2017, accounting for seven of the 30 largest banks in the Middle East and Africa region, collectively reporting N668.18 billion in assets at the end of 2017. The ‘Big Four’ South African banks Standard Bank Group (ranked 3rd), First Rand (4th), Barclays Africa Group (9th) and Nedbank Group (13th), remained as the top four banks in Africa by assets year-over-year, posting a combined $454.11 billion in assets. This is up since last year’s ranking, with the banks benefitting from strengthening Rand against the US dollar. [Top 30 Mideast, Africa banks by assets, Chinese banks overshadow Western counterparts in latest global bank rankings]

World trade is increasingly ruled by preferential trade agreements, but their precise nature remains relatively opaque. This paper assesses a central dimension of these agreements, the significance of tariff preferences, using a new data set on preferential and non-preferential or Most Favored Nation applied tariffs, constructed by the International Trade Center and the World Bank. The data set covers 5,203 products, 199 reporters, and 239 partners, representing approximately 97% of world imports in 2016. There are three main findings:

Owing to both demographic shifts and overall population growth, that means that around 2.5 billion people could be added to urban areas by the middle of the century, predicts the UN Department of Economic and Social Affairs. Most of the increase is expected to be highly-concentrated in just a handful of countries. “Together, India, China and Nigeria will account for 35% of the projected growth of the world’s urban population between 2018 and 2050. It is projected that India will have added 416 million urban dwellers, China 255 million and Nigeria 189 million,” said DESA, announcing the findings on Wednesday. The report also estimates that by 2030, the world could have 43 so-called megacities (up from 31 today, according to reports) – those with more than 10 million inhabitants – most of them in developing countries. By 2028, the Indian capital, New Delhi, is projected to become the most populous city on the planet.

A recent blog post by Ricardo Hausmann caught my eye because it addresses issues that I’ll be focusing on during my visiting fellowship here at the Center for Global Development. Hausmann—a former Venezuelan minister of planning—discusses the difficulty of closing the infrastructure gap in developing countries, and highlights the dilemma of whether governments should finance infrastructure projects through public-private partnerships or through their national budgets. He’s right about the dilemma, but his solution isn’t workable for fragile and low-income countries where infrastructure needs are greatest. [Devex: Meet MIGA, the World Bank agency coming of age]

Growing public concern over the significant rise of large technology companies, the continued excesses of financial rentierism and the proliferation of abusive tax-related practices by large corporations has led to a renewed interest in how private corporate interests prevail over public interests of inclusiveness, higher income equality and sustainability. Based on a new firm-level database on developed and developing countries, this policy brief (pdf) discusses recent trends in the evolution of non-financial corporate rents and their core policy implications. Key points: 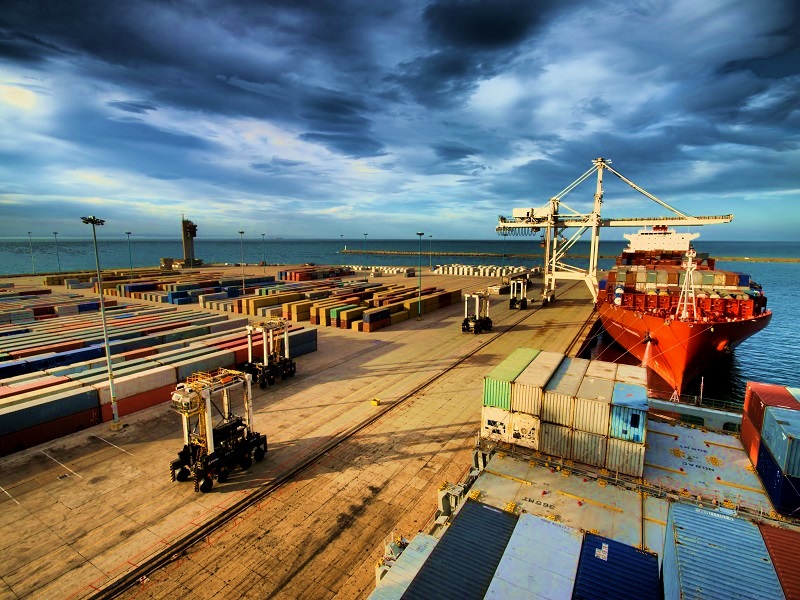