The ministers will discuss, among others, SACU trade negotiations, including the recently launched African Continental Free Trade Area, and provide strategic guidance. Minister Rob Davies will also attend the inaugural meeting of the Ministerial Task Team on Trade and Industry set up by the SACU Summit in Swaziland in June 2017 to review the trade and industry aspects of the 2002 SACU Agreement. “The objective of the review is to identify critical areas of the SACU Agreement to be amended to facilitate the transformation of SACU into a “development integration arrangement,” said Davies. He emphasised that SACU has already identified the critical pillars to advance this objective through the six-point plan. The pillars of the six-point plan include:

SADC-EU Economic Partnership Agreement: a briefing note on Protocol 1 on the rules of origin

EPA rules of origin allow for extended cumulation that can facilitate intra-regional trade and industrialisation. Cumulation allows materials and inputs from certain other countries to be considered as if they were already originating from South Africa when used in the manufacture of another product. These cumulation provisions allow manufacturers to source materials not readily available in the country, while still ensuring that the final product enjoys preferential access to the EU. In addition to allowing cumulation between South Africa, the EU and other parties to the agreement, cumulation is also allowed under certain conditions with all ACP countries, as well as with materials from other countries that may enter the EU duty-free. Examples of sectors that could benefit from the more flexible rules of origin include clothing and textiles, automobile sector and fisheries.

A cabinet meeting on Wednesday approved the draft law ratifying the African Continental Free Trade Area, which aims at easing intra-Africa trade. The cabinet meeting, chaired by President Paul Kagame, also gave a green light to protocols on trade in goods, trade in services, and one on rules and procedures for settlement of disputes, according to minutes signed by Cabinet Affairs Minister Solange Kayisire. The instruments will now head to parliament for ratification.

It is for these reasons that the AfCFTA has been specifically designed to drive industrialisation. It is crucial this remains a priority as the agreement is implemented. How can this be done? To begin with, the ratification and implementation of the agreement must be expedited. Industries on the continent must have time to find and build their competitive edge before African markets are further opened up to the rest of the world. The AfCFTA’s process of reducing tariffs should also prioritise “intermediate goods” – namely semi-finished products used in the production of final goods. This would boost incentives for businesses to source these inputs from within Africa and support the expansion of manufacturing. The removal of non-tariff barriers and harmonisation of standards across borders could also focus initially on products with industrial potential. Mechanisms to monitor non-tariff barriers, simple rules of origin requirements, and common accreditation practices will be crucial in supporting the expansion of industrial supply chains between African countries.

As the dust around Nigeria and the CFTA gradually begins to settle down, it is perhaps needful to appropriately reflect and contextualise the needless stigmatisation on the country, the President and indeed Nigerians for the well thought out decision on the CFTA. It is noteworthy that prior to the 21 March planned signing of the AfCTFA Framework in Kigali, there was a window created for member states to engage their citizens in consultations with the AfCFTA draft text. The truth is that while the duration of that window was not enough to mobilise and sensitise citizens on such a highly technical subject; essentially and regrettably, many countries in Africa did not effectively undertake such needful journey of sensitisation of their people. To many Governments, they preferred to embark on sensitisation after signing of the Agreement (putting the cart before the horse) thereby condemning the citizens to a secondary and irrelevant status to the Agreement. This action completely negates the concept of good governance especially within the confines of democracy which pre-supposes that persons in Government are trustees to the citizens.

Perhaps most laughable is that most of those who cried foul against Nigeria President’s withholding of his signature had neither seen the copy of the concluded Framework Agreement nor gone through the contents of the 253-page document. Yet, one more bullet for those critics is that the President’s withholding of his signature has even provided them the only opportunity to discuss, perhaps analyse or even organise meetings around the subject of the AfCFTA, and for such Nigerians, yes Africans, they should be most grateful to Nigeria’s Government. [The author is a member of the ECOWAS Task Force on Trade, and President of NANTS]

(i) Sensitisation workshop: Zambia will only sign up for AfCFTA after thorough engagements with local stakeholders, private sector

(iii) Dianna Games: African trade is crippled for a reason and fine words will not change that

As the West Africa mobile economy report by GSMA shows, mobile adoption in West Africa has nearly doubled from 28% at the turn of the decade to 47% last year. Indeed, by the end of 2017, there were 176 million unique subscribers across the region’s 15 member states. Just as importantly, by the end of last year, the number of mobile internet subscribers has doubled over the last four years to reach 78 million—nearly half of the total number of mobile subscribers.

The WTO anticipates merchandise trade volume growth of 4.4% in 2018, as measured by the average of exports and imports, roughly matching the 4.7% increase recorded for 2017. Growth is expected to moderate to 4.0% in 2019, below the average rate of 4.8% since 1990 but still firmly above the post-crisis average of 3.0%. However, there are signs that escalating trade tensions may already be affecting business confidence and investment decisions, which could compromise the current outlook. “The strong trade growth that we are seeing today will be vital for continued economic growth and recovery and to support job creation. However this important progress could be quickly undermined if governments resort to restrictive trade policies, especially in a tit-for-tat process that could lead to an unmanageable escalation. A cycle of retaliation is the last thing the world economy needs. The pressing trade problems confronting WTO Members is best tackled through collective action. I urge governments to show restraint and settle their differences through dialogue and serious engagement,” said WTO Director-General Roberto Azevêdo. [Note: See Appendix Table 1: World merchandise trade by region and selected economies, 2017]

Growth picked up across most of the economies in developing Asia, supported by continued high demand for exports and rapidly expanding domestic demand, says a new Asian Development Bank report. In its new Asian Development Outlook 2018, ADB forecasts GDP growth in Asia and the Pacific to reach 6.0% in 2018 and 5.9% in 2019, a slight deceleration from the 6.1% registered in 2017. Excluding the high-income newly industrialized economies, growth is expected to reach 6.5% in 2018 and 6.4% in 2019, from 6.6% in 2017. Technological advances have transformed the two billion worker Asian labor market, helping create 30 million jobs annually in industry and services over the last 25 years, drive increases in productivity and wages, and reduce poverty, says a new report by the Asian Development Bank. New research on how technology affects jobs, the subject of the special theme chapter in the ADO 2018 report, points out that while some of the region’s jobs will be eliminated through automation, countervailing forces will more than compensate against job losses.

Christine Lagarde: Belt and Road Initiative – strategies to deliver in the next phase (IMF)

The Belt and Road Initiative can provide much-needed infrastructure financing to partner countries. However, these ventures can also lead to a problematic increase in debt, potentially limiting other spending as debt service rises, and creating balance of payment challenges. In countries where public debt is already high, careful management of financing terms is critical. This will protect both China and partner governments from entering into agreements that will cause financial difficulties in the future. Fortunately, we know that China’s leadership is aware of these potential risks — as well as the proven strategies that can help address the challenges. A good starting point is ensuring transparent decision-making. An overarching framework between the various agencies involved in the Belt and Road Initiative would help provide clarity to all stakeholders. [Speech delivered at the Fifth PBC and IMF Joint Conference: Strengthening financial and exchange rate frameworks – international experience and relevance for China] 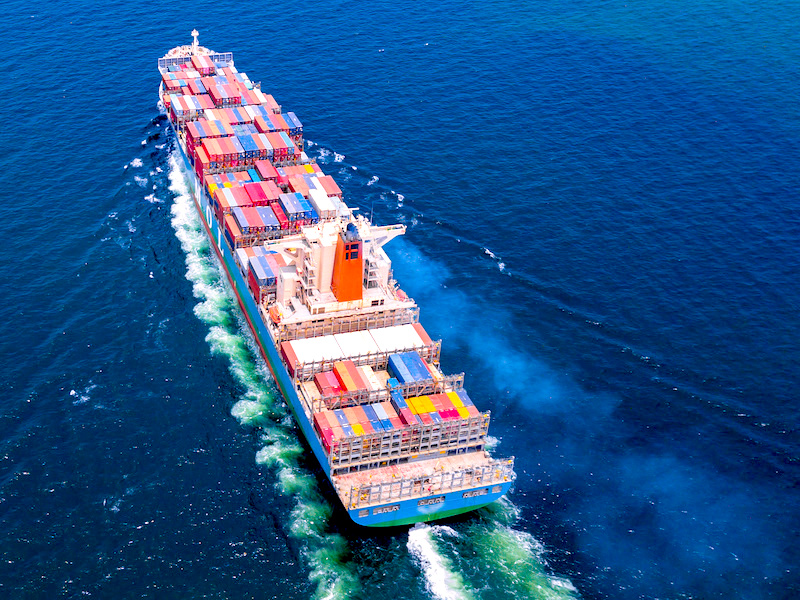 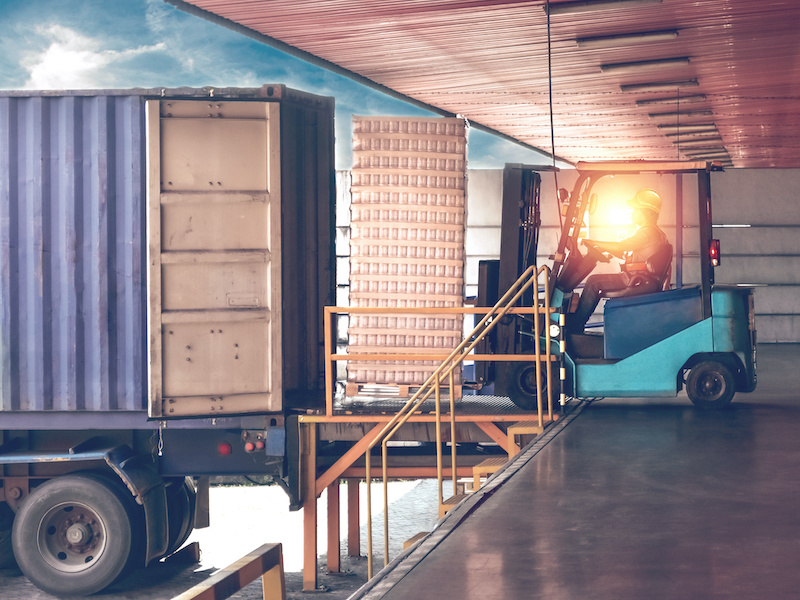 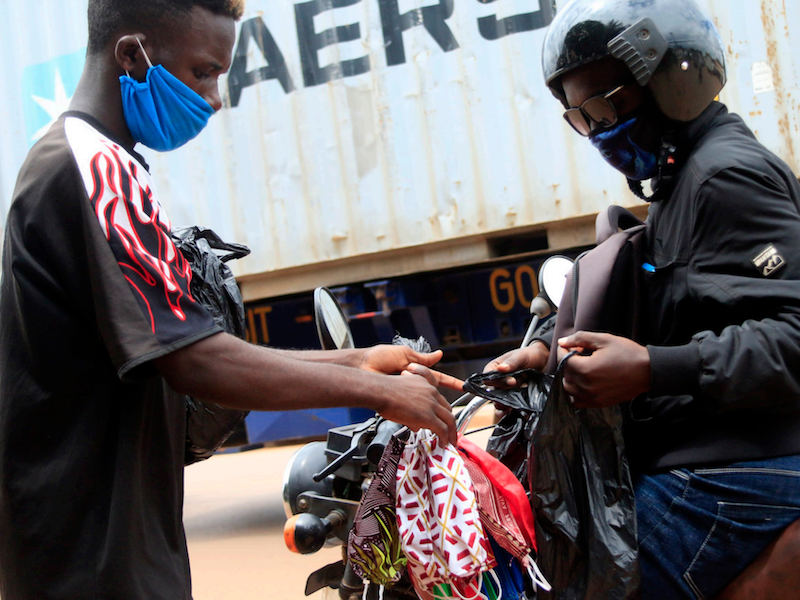