David Luke, Coordinator of the ATPC, said two issues of critical interests ahead of the publication of the Index in 2018 were how far the ARII 2018 Report captures the drivers of regional integration in Africa. Also important, he said, was for the experts to discuss to what extent the inclusion of social variables, such us the Gender Index, could promote social-sensitive integration policies on the continent. The ARII Report will have a ranking of countries not only within their respective RECs, as was the case with the first version of the Index, but also a continental ranking. [Africa Regional Integration Index: 2016 Report]

The CFTA negotiations are complex. The 55 participating countries span a diversity of economic and geographic configurations. 15 are landlocked, while six are Small Island Developing States. The biggest (Nigeria) has a GDP of $568bn, while the smallest (Sao Tome & Principe) a GDP of just $337m. The CFTA must likewise be crafted as a win-win agreement that leaves no one behind. Here, the UNECA has undertaken a human rights impact assessment of the initiative and advocated for a number of supporting measures. This includes strategies to protect small-holder farmers and help them integrate into regional agricultural value chains. It calls for improving border controls to help informal cross-border traders, many of whom are women and major players in intra-African trade. It also demands an approach that benefits Africa’s diversity of countries, including those which are small, island economies, landlocked or fragile states. One way to achieve this is by supporting initiatives for regional value chains and connectivity that have proven successful in Africa’s regional economic communities. [CFTA negotiations moving in the right direction]

A suite of AGOA updates:

(i) USTR announces 2018 eligibility review process, timelines (pdf): This notice announces the initiation of the annual review of the eligibility of the sub-Saharan African countries to receive the benefits of the African Growth and Opportunity Act. The AGOA Implementation Subcommittee of the Trade Policy Staff Committee is developing recommendations for the President on AGOA country eligibility for calendar year 2018. Key dates: 4 August: Deadline for filing requests to appear at the August 23, 2017 public hearing, and for filing pre-hearing briefs, statements, or comments on sub-Saharan African countries’ AGOA eligibility. 23 August: AGOA Implementation Subcommittee of the TPSC will convene a public hearing on AGOA country eligibility. 30 August: Deadline for filing post-hearing briefs, statements, or comments on this matter.

(ii) EAC officials oppose US bid to review AGOA trade deal over mitumba ban. Looming over the three-hour session before a standing-room-only audience was the Trump administration’s “America First” policy. The hearing chaired by Constance Hamilton of the US Trade Representative’s office was contentious at times. She and other US officials challenged the East Africans’ insistence that the agreed-upon three-year phase-out of used clothing imports did not amount to a “ban”. A member of Uganda’s delegation at the hearing also insisted that Tanzania’s and Uganda’s doubling of levies on used-clothing imports — from $0.20 to $0.40 per kilogramme — was not a “tariff increase” but rather a “realignment.”

(iii) CSOs back ban of secondhand clothes. “It’s against this background that as the trade working group comprising of members of civil society and manufacturers, we fully support the decision taken by the heads of states to progressively phase out second hand clothes,” they said. “It’s critical that the EAC policy space for development is not constrained.” George Magimbi, policy officer of Uganda Manufacturers Association, stressed the importance of progressively eliminating the importation of secondhand clothes so as to fulfill the four SDGs which talk of ending poverty in all its forms and supporting the industrial sector. [SEATINI: statement]

(iv) August’s AGOA Togo forum. Representatives from the private sector, civil society, and the US-sponsored African Women’s Entrepreneurship Program will participate in Forum activities 8-9 August. The Ministerial plenaries will follow on 9-10 August, bringing together senior government officials from the United States and the 38 African beneficiary countries. US Trade Representative Ambassador Robert Lighthizer will lead the US delegation, which will include senior officials from the Departments of State, Agriculture, Commerce, Labor, Transportation, Treasury, USAID, the US Trade and Development Agency, as well as the Millennium Challenge Corporation, the Overseas Private Investment Corporation, and the US African Development Fund. Members of Congress and their staff from both parties are also invited to attend the Forum.

Kenya has failed to meet the Indian market demand for pulses two years after the signing of a memorandum of understanding for the supply of beans, peas and green grams. In the MoU signed in 2015, India had given Kenya a quota of four million metric tonnes. However, Kenya is only supplying 20 per cent of the 800,000 metric tonnes annual production. Programmes coordinator at East African Grain Council Janet Ngombalu says low production has been occasioned by a lack of awareness by farmers on certified seeds. The growers have also not understood the advantage of pulses compared to other crops such as maize they prefer to grow.

Trade between the two sides has grown at an average annual rate of 9.1% since 2008, reaching nearly MAD 20bn in 2016. The share of these exchanges is 3% of the total in 2016, against 2% in 2008. These flows generate a surplus trade balance in favor of Morocco of MAD 11.9bn in 2016 compared of 1.3bn in 2008. West Africa remains Morocco’s largest trading partner in the region with a total of MAD 11.2bn surplus trade balance. Senegal remains the main customer of Morocco in West Africa. East Africa is the second largest trading partner of the Kingdom in sub-Saharan Africa (a 15.5% share). In addition, the study shows that Moroccan direct investment in sub-Saharan Africa is growing at an average annual rate of 4.4% to nearly MAD 3bn in 2015. These investments account for 40% of total foreign direct investment by Moroccans living abroad and 97.2% of those residing in Africa. [OCP Policy Center: Relations between Morocco and sub-Saharan Africa: what is the potential for trade and foreign direct investment?], [Rwandan firms sign trade deals with Moroccan companies]

Stimulating private investment in Rwanda is difficult because of the size of the economy and its land-locked status but the government is trying to address this through regional integration. The EAC trade block can help diminish the drawback of being landlocked by lowering the cost of imports and improving connectivity in terms of transportation. It has been successful in lowering non-tariff barriers and Rwanda is in the process of establishing a dry port in Kigali to ease in traffic transit through Kigali to the DRC. Realistically, Rwanda needs to look west as a destination for its exports because, up to now at least, it has been unable to compete with countries closer to the sea. Over the past 15 years, while Rwanda goods imports from Uganda have risen by almost 15 percentage points to 18% of the total, it has been unable to penetrate Uganda with its exports.

On the other hand, it has been successful in exporting to Congo. The share of Rwanda exports to Congo (mainly re-exports) has doubled over the past 5 years and now represents 26% of the total ($172m). Many of these are low value-added products because only limited transformation occurs in Rwanda (petroleum and used vehicles originating from outside of the continent). A typical product exported to Congo with some value addition is wheat flour but currently the wheat required to be converted into flour is imported from overseas because of the competitive price and quality of the import. Infrastructure is being developed at the DRC border to speed up the movement of goods. A one stop border post is being finalized in Rubavu that will require only one inspection of goods between Rwanda and DRC. Moreover, development partners have helped finance a program to support traders at the border and bilateral trade meetings between the Rwanda and DRC presidents have started. This strategy has strong potential because the north Kivu region has population base of over 14 million within 100 miles of the Rwandan border. [Rwanda: 2017 Article IV Consultation]

It was meant to be a game changer for the region, an artery for exporting minerals from the DRC through Lobito, the closest port to Europe and Asia. But there’s very little to show for all the money spent on it.

Both railways are examples of whole industry chain export, rather than the export of single, individual service contract under the railway project. From project designs to equipment procurement, from construction to financing, from supervision to the operation and maintenance of the railways after their completion, Chinese companies and banks monopolized the complete chain. This situation does not only offer the Chinese players a unique and exclusive opportunity to promote Chinese products, services, technologies, and management models, but also significantly expanded the scope of spinoff economic projects not indirectly related to the railway projects. [The author: Yun Sun]

About 400 Chinese operators have signed a deal with China Road and Bridge Cooperation (CRBC) to be part of the daily operators of Madaraka Express train. The team comprises experienced engineers, security personnel and staff of rail operations from China who will be in Kenya for the next 10 years until the railway operation is handed over to the Kenyan team, according to Kenya Railways Managing Director Atanas Maina. Mr Maina said there are currently 300 local trained personnel manning the train. “We intend to add a few more going forward. This will depend on the volume of business and the skill sets required.”

On her first visit to Geneva as India’s trade and commerce minister Nirmala Sitharaman is expected to underline the need to deliver development outcomes of trade deals that would address the asymmetries in the global trading system that deny equitable results to developing and poorest countries, according to people familiar with the visit. Sitharaman, who will be on a two-day visit to Geneva beginning on 18 July, will meet the WTO and UNCTAD chiefs and hold a series of meetings with trade envoys. During these meetings which will last until 19 July, Sitharaman will assess the state of play in the ongoing negotiations on a range of unresolved issues of the Doha Development Agenda as well as controversial new issues being pushed by major industrialized countries along with some developing countries, said a person familiar with her programme. [India’s trade deficit narrows to $13bn in June] 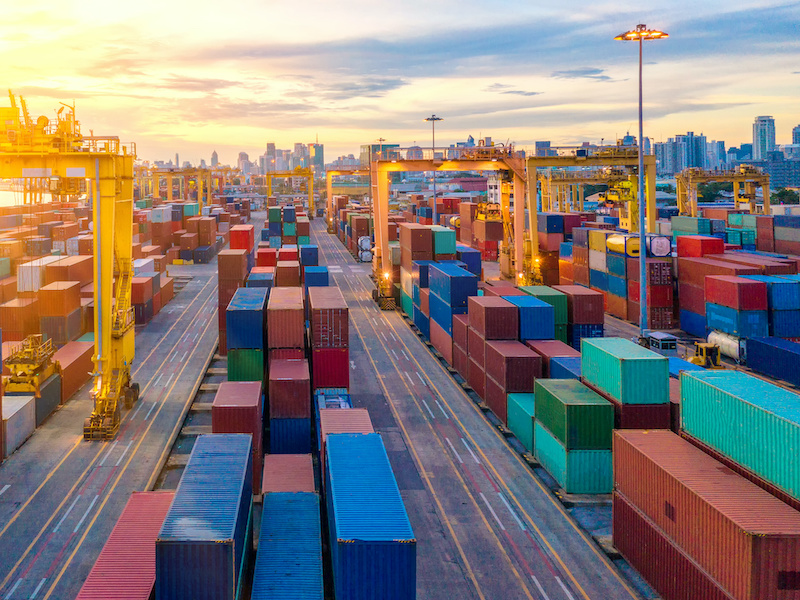 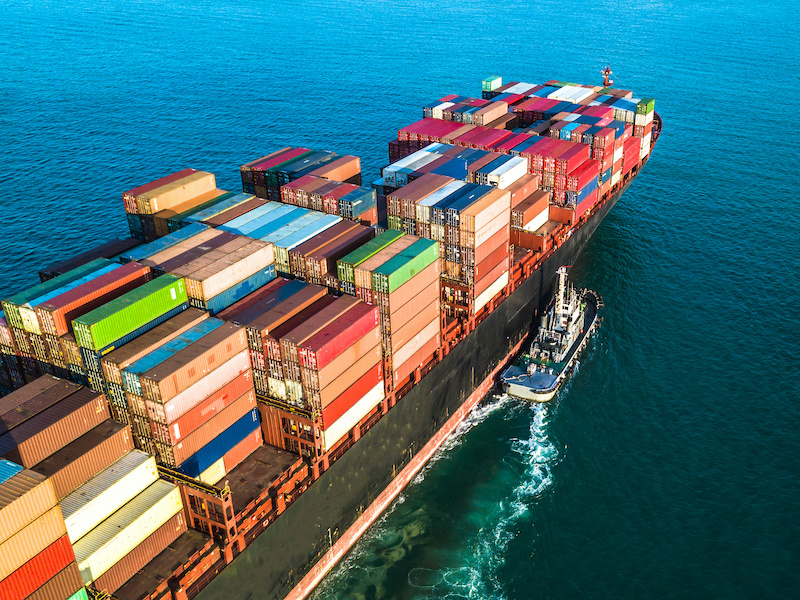 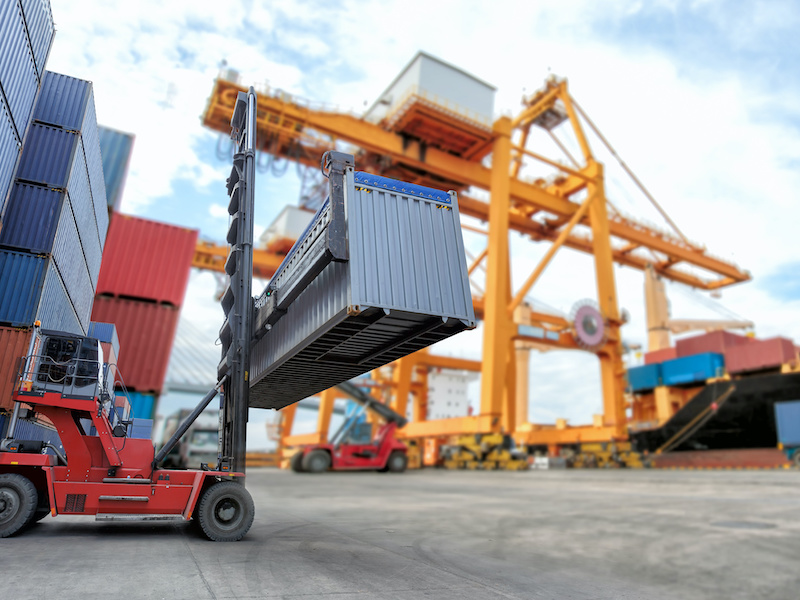