tralac hosted its 2014 Annual Conference, a multi-stakeholder forum for trade-related developments for eastern and southern Africa, at The Table Bay Hotel in Cape Town, South Africa, on 15 and 16 May. The conference theme, “A 21st century integration agenda for Africa,” provided a context for a very active debate on trade related issues and regional integration in Africa.

There are perceptible signs of shifting focus and emphasis in the region’s trade policy agenda. It is perhaps too early to discern a specific new paradigm of regional integration, but it is clear that the strong focus on trade liberalisation that characterised the decade following the establishment of the World Trade Organisation (WTO), has dissipated. Industrial development has become a key preoccupation for policy makers. Regional industrial policy, in some way or another, features in the agendas of all regional economic communities, with emphasis on support for participation in value chains (particularly regional configurations), and the identification of specific industries to nurture and promote.

The puzzle of what ‘regional industrial policy’ actually is, however, remains to be solved; meanwhile, there is much emphasis on national industrial development priorities and the use of trade policy instruments such as the import tariff and export taxes to support value addition or beneficiation, industrial diversification, and reindustrialisation. Are these instruments appropriate to address the challenges that industries and firms face?

Industrial development challenges include lack of skills, lack of investment in capital equipment, lack of innovation, the high-wage-low productivity bind, high cost and erratic supply of energy, general infrastructure deficits and a plethora of regulatory hurdles. A trade and industrial development agenda for the 21st century requires new thinking and new policy directions and initiatives; some of which we see in modern free trade agreements (FTA) and in current negotiations to conclude mega regional agreements. Negotiations with the European Union (which itself is engaged in negotiations with the United States) to conclude Economic Partnership Agreements (EPAs) are still very much on the agenda for several regional groups of African countries. In this context, the debate about policy space – particularly as it relates to the use of export taxes – continues. With the imminent expiry of the market access regulation, will we see renewed efforts to bring these protracted negotiations to an acceptable conclusion?

Divergence between political ambition and the reality of regional integration continues to mark Africa’s integration initiatives. Member states of the African Union have agreed to establish a Continental Free Trade Area by (indicative date) 2017, modelled on the Tripartite Free Trade Area (T-FTA). Progress in phase one of the T-FTA negotiations has been slow, with some member states still to prepare tariff offers for the negotiations on market access, which are to be completed in the near future. It is not clear yet what the outcome of the negotiations will deliver, and what will be feasible in the second phase of these negotiations. It is perhaps in the agenda of this second phase that there is the possibility of shaping a new trajectory for regional integration in Africa; with new approaches to, for example, trade in services negotiations. Thinking outside the box of the General Agreement on Trade in Services (GATS), for example, could provide a platform for an integrated approach to the policy challenges associated with the infrastructure-services nexus. After all, it is the services associated with specific infrastructure (e.g., transport services associated with road, rail and other transport infrastructure) that will feature in the development of industries and the facilitation of trade.

As regional integration progresses, with economic actors actively engaging economic opportunities that transcend national geo-political and jurisdictional boundaries, competition law and policy become increasingly important to assure efficient as well as equitable market outcomes. The Competition Commission of the Common Market for Eastern and Southern Africa (COMESA) is a pioneering initiative in the development of regional competition governance. New debates and policy exploration in these areas are required now, well before phase two of the T-FTA negotiations begins.

Taking stock of existing regional economic communities (RECs) can provide valuable lessons for the T-FTA as well as the CFTA. The review of the Regional Indicative Strategic Development Plan (RISDP) of the Southern African Development Community (SADC), which began a couple of years ago, continues. Turning this review into a forward-looking exercise to appraise the very model of integration, and to adapt it to the demands of the 21st century, is possible. A reality check does, however, raise some cautionary notes. A fundamental issue in appraising the current state of SADC, as well as other RECs, is the status of rules-based governance. Policy reversals, unilateral retreat from obligations by member states, as well as the decided lack of appetite for regional dispute resolution institutions, do raise concerns. What happens if this lack of commitment to, and respect for, rules-based governance of regional integration degenerates into a melange of retaliation among member states?

The demise of the SADC Tribunal has serious consequences. Dispute resolution is a fundamental building block of a rules-based system; how can the interests of private parties, which are the real engines of trade, investment and regional integration, be safeguarded, in an environment where member states are reluctant to litigate against each other? Dispute settlement in the WTO, featuring inter-state dispute resolution, is often described as the jewel in the WTO crown, and it is then argued that a model of inter-state dispute resolution should also be adopted at regional level (specifically also, of late, in the case of investment disputes). A cursory review of WTO disputes, however, shows that African states have not, to date, played an active role at all in WTO disputes. Provision for the standing for private parties in regional dispute resolution arrangements may well be a pragmatic way to contribute to ensuring that political will translates into effective compliance by member states, as well as giving effect to the rights of parties that are the beneficiaries of the agreements concluded by member states.

» Read a reflection on the Conference by Trudi Hartzenberg. 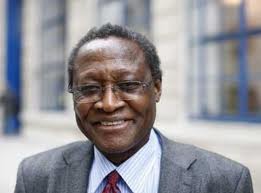 The keynote address was delivered by Professor Thandika Mkandawire from the London School of Economics on the topic “The political economy of regional integration in Africa”.

Professor Mkandawire is currently the Chair in African Development at the London School of Economics and is the first person to take on the position. He is a former Director of the United Nations Research Institute for Social Development, and was also formerly Director of the Council for the Development of Social Science Research in Africa (CODESRIA). He served as a Senior Research Fellow at the Centre for Development Research in Copenhagen and has taught at the Universities of Stockholm and Zimbabwe. He currently holds the Olof Palme Professor for Peace with the Institute for Future Studies in Stockholm.

Professor Mkandawire is a member of the editorial boards of Africa Development; Africa Review of Books; Development and Change; Global Governance; Journal of Development Studies; Journal of Human Development and Oxford Development Studies; Africa Review of Books, and Feminist Economics; and has also served on the executive committees of the International Institute for Labour Studies, the Swedish NGO Fund for Human Rights, the Comparative Research Programme on Poverty (CROP) of the International Social Science Council, Care International, the Steering Committee of the UN Project on Intellectual History, and the African Gender Institute.