In the 1990s there were major concerns about how preferential trade agreements with specific membership configurations would undermine the multilateral trading system embodied in the WTO. They were called “stumbling blocks”, as opposed to “stepping stones”. A proliferation of Free Trade Areas (FTAs) and overlapping membership patterns caused concerns about enforcement, duplication, and a spaghetti bowl of commitments.[1] As an alternative path toward trade liberalisation they posed a danger to the World Trade Organisation (WTO) philosophy, where new trade liberalisation commitments are negotiated and adopted on a non-discriminatory most-favoured-nation (MFN) basis.

“New generation FTAs” are now on the agenda. One of the explanations is the impasse in the WTO. Because of its growing membership (the WTO has 164 members, with more than twenty others in the process of joining), the difficulty in reaching consensus in order to adopt new agreements, interest diversity, as well as the complex issues on its agenda, further liberalisation through WTO negotiations has slowed down significantly. The last WTO Negotiation Round, the Doha Round, was launched in 2001. It stalled over disagreements on agricultural subsidies and market access, as well as intellectual property issues. E-commerce and digital trade can now be added to the list of contentious issues.

Many countries are opting for new generation FTAs as a faster and more flexible way to promote free trade amongst the members to such arrangements. These agreements require the consent of only a limited number of like-minded countries, as opposed to the general consent of all WTO members. Such agreements also allow countries to tackle broader issues such as bilateral investments (with new approaches to investor-state dispute settlement), labour migration, specific services sectors (several do not follow the GATS approach) and sustainability.

These new FTAs are often called Partnership Agreements and deal with much more than trade in goods. One of their advantages (for the parties concerned) is the inclusion of new issues, and the freedom to work out flexibilities to suit their members. WTO-plus obligations can be adopted.

New generation FTAs are not a defined category of preferential trade agreements. They are responses by certain states and existing trade blocks like the European Union (EU) to accommodate technical and political developments and to advance free trade benefits through ad hoc deals. Global value chains, e-commerce, the digitalisation of trade, and data issues are examples of matters that demand new legal and institutional arrangements. In a globalised world such matters cannot be decided unilaterally.

The EU’s FTAs vary substantially, depending on partners and policy priorities. They have been classified into First Generation FTAs (focusing on trade in goods and negotiated before 2006), Economic Partnerships Agreements with African, Caribbean and Pacific countries (addressing development needs and fostering gradual liberalisation in partner countries, while the EU grants asymmetrical market access), Deep and Comprehensive FTAs (preparing for economic integration with the EU), and Second Generation free trade agreements (comprehensive FTAs negotiated after 2006 with selected third countries) that go beyond trade in goods. The latter cover services and other aspects such as procurement, intellectual property rights and investment issues.[2]

Developing countries such as Vietnam has negotiated and signed FTAs with many countries, including new-generation FTAs in recent years. Examples are the EU-Vietnam Free Trade Agreement and the Comprehensive and Progressive Agreement for Trans-Pacific Partnership (CPTPP). It is claimed that these new FTA have significant benefits for Vietnam’s economy, especially in the field of finance and banking.[3]

These developments pose questions for African countries and how they will respond. How and in terms of what rules will they trade with their global partners? This is an urgent issue; less than 20% of goods produced in Africa are destined for other African markets. The African Growth and Opportunity Act (AGOA) of the United States (US) provides for non-reciprocal, duty-free and quota-free access for Sub-Saharan countries qualifying for preferential treatment. It brings major benefits. However, it is not a trade agreement and will expire (unless renewed) in 2025. Regarding trade with the EU (historically Africa’s main trading partner) the Economic Partnership Agreements (EPAs) are not favoured in Africa, mainly because thy require reciprocity. The EU-SADC EPA is about the only success story on this score.[4] However, it covers only trade in goods.

China is another major African trading partner but there has not been any real effort to enter into FTAs with China. Reciprocity will be the stumbling block, unless China accepts (as the EU does) asymmetrical arrangements. It will have to add generous rules of origin benefits (which the EU does not) in order to make this a meaningful initiative. There is little appetite for doing so.

Kenya recently announced that it will negotiate a bilateral and comprehensive trade and investment agreement with the US. This announcement met with criticism from other African nations (for example, Tanzania, which is, together with Kenya, a member of the East African Community) and because it is said that the aims of the African Continental Free Trade Area (AfCFTA) will be undermined. The response to Kenya’s announcement may be based on arguments about political solidarity but is technically unsound. The AfCFTA Agreement establishes an FTA, in which the State Parties retain their freedom to conclude external deals. The AfCFTA text expressly recognises that trade agreements with third parties are acceptable.[5]

The alternative approach would be to push for a return to the negotiating table in the WTO and to complete the Doha Round of trade negotiations, also known as the Doha Development Agenda, which was launched in Doha, Qatar in November 2001. The DDA addresses the needs of Least Developed Countries (LDCs) in particular and some of the imbalances in global trade rules that have hindered developing country exports.[6] While the conclusion of the Doha Round of negotiations would give developing countries the opportunity to gain a larger share of global trade, it is now widely acknowledged that enhanced market access opportunities alone will not be sufficient for all these countries to achieve this gain. Many of them do not have the capacity to take advantage of the market access opportunities that will arise. The Aid for Trade initiative was launched precisely for this reason.[7]

The more serious problem is that there is no consensus in the WTO on reviving the DDA. Many commentators believe this agenda to be dated and not covering the pressing needs of the day. African States disagree. The result is another chapter in the WTO impasse; and fuel for those pushing for new generation FTAs.

[1] This term spaghetti bowl was first used by Jagdish Bhagwati, who criticized FTAs as counter-productive in promoting freer global trade. Too many crisscrossing FTAs would allow countries to adopt discriminatory trade policies and reduce the economic benefits of trade. Prof Bhagwati has also described the rise in regional agreements as termites in the trading system. https://theconversation.com/can-australia-revive-the-doha-development-agenda-11157

[4] It entered into force in October 2016. For details see: https://www.tralac.org/resources/by-region/sadc/sadc-eu-economic-partnership-agreement.html

[7] Aid for Trade is essentially about providing financial and technical assistance to developing countries, especially the LDCs, to help them build up their supply-side capacity and strengthen their trade-related infrastructure to enable them to produce and trade more. 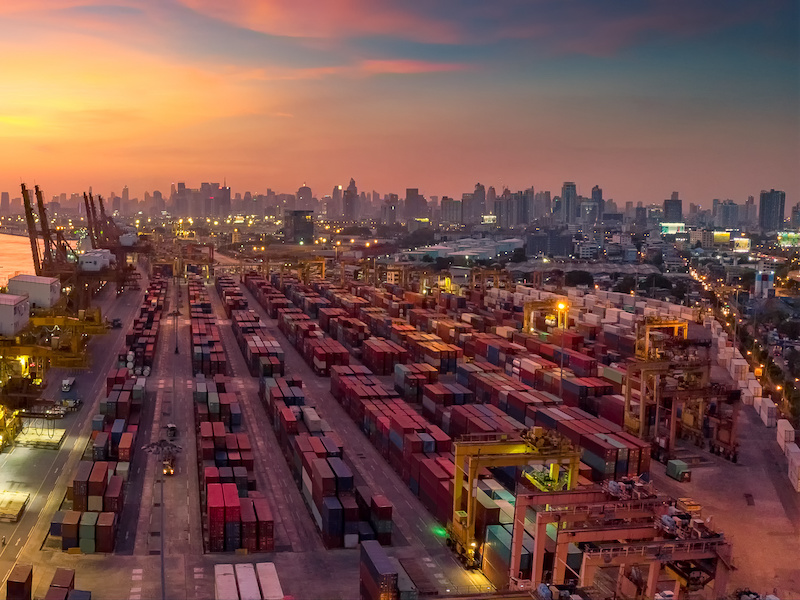